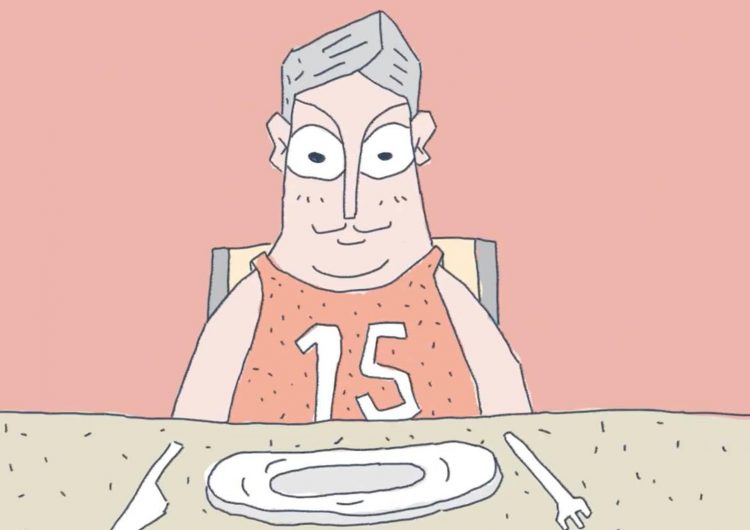 Cartoons can teach us relevant life lessons as much as realistic shows can. From our childhood up to now, these manipulated, moving images also paint the greatest picture of all: the vastness of human emotions contained in a digital vacuum. Animated films can be so detailed that we are able to learn, laugh, cry, dance, or whatever, just by a short dialogue, an exaggerated kick, or an outrageously weird character who warps into multiple colors.

In a sea of trivial full-length films that dominate our cinemas once (or more) a year, our homegrown and fellow Asian animators offer quick but substantial flicks that you could watch anywhere.

Here’s a list of seven animated films that prove how great storytellers we are even in a short span of time.

Probably holding the most relatable plot in this list, Resettlement Memory tells the horror of our common dazzled-dressed frenemy: burnout. It follows the story of a certain spirit in dreary human form and how it drowns in responsibilities, only because it’s in search of a home. In the spirit’s quick adventures, it figures out things through tricks and tips from a nearby creature. Beyond its personal hit on us, this film is actually about the 1950s Hong Kong, and how a huge fire destroyed several squatter areas. The victims then are transferred to resettlement buildings, leaving them with the question of how persistent work can bring them an authentic shelter. Beyond concrete, that is.

If this was a coloring book, you’d probably finish it even with the littlest of patience. Singapore film Lose It depicts the common struggles of a woman in one of the most uncommon ways. Crafted as a commentary, it tells how the female body is represented in the media, and how this affects modern-day females–and society all together–in seeing women’s bodies. Monsters, illusions, and soft splashes of pastels later, you’d notice how this has become a total introspective journey and a societal query. As cliche as it may sound, you’d really have to agree that health is wealth.

AGAIN is an exploration on the routine-based life alongside the struggle to find meaning in it. There’s a lot going on here, so let me just say: this 2D animation short is an ugly unfolding of reality. Sure, it’s an eye candy–think video game-like setting and characters, and pixels all over. However, I have to tell you to stop right here if you aren’t emotionally ready for this Chinese film’s twists and turns. Though a heavy watch, it’s always worth the claps. No wonder it won Best Picture for the Hollywood International Moving Pictures Film Festival.

What’s the formula for a truly striking short? A barrio, a heap of hearsay-hyped townspeople, a young girl, and the community’s senile parol artisan–Grandma Loleng. You’ll never doubt about Lola Loleng being a favorite in the 27th Singapore International Film Festival, for it’s a total package from the screenplay to the execution of the animation. This enthralling Cinemalaya film explains memory and forgetting, as well as insanity and trauma. Either way, it sticks like its colors, and draws you into national consciousness.

This film throws you into a multiverse of truths. Charged with dark hues and dark words, this critically acclaimed creation delves into the the traumatic crime of acid attacks, a growing case in India. Though not a familiar phenomenon in our country, this film is able to balance being informative and creative, with its injection of spoken word poetry. As it tells the story of an acid attack survivor, it also magnifies on the heavier mass: the suffering after. CHASNI’s main character continues her life hesitant in leaving her home because of how society sees her.

This South Korean film is all about that self-love we deem to take in 2019–but you’ve got to keep your eyes peeled in every motion to know that. Mirror in Mind, by its title, tells how far this woman who looks into her mind goes. As she chases ideals like any other person, the film’s playfulness, versatility, and unorthodox delivery tells how imperfections can make us complete. Beats and patterns staying with you afterwards are proof that this is some cinematic genius. Say hello to the more than 30 film fests that thought the same.

If you’re filled to the brim with emotional weight, Suddenly Get Six Pack will be your ultimate breather. Well, scratch that–come to think of it, this short will make you laugh so hard it’ll be difficult to breathe. Admittedly corny, there’s still a peculiar charm in Malaysian humor that is worth our time. To make things funnier, this was originally written for an insurance client but got rejected. As the writer didn’t want to waste the idea, he just decided to animate it. Animation, indeed, makes everything more damn interesting.

SHAREWhy can’t we have nice things? After the announcement of this year’s CinemaOne...