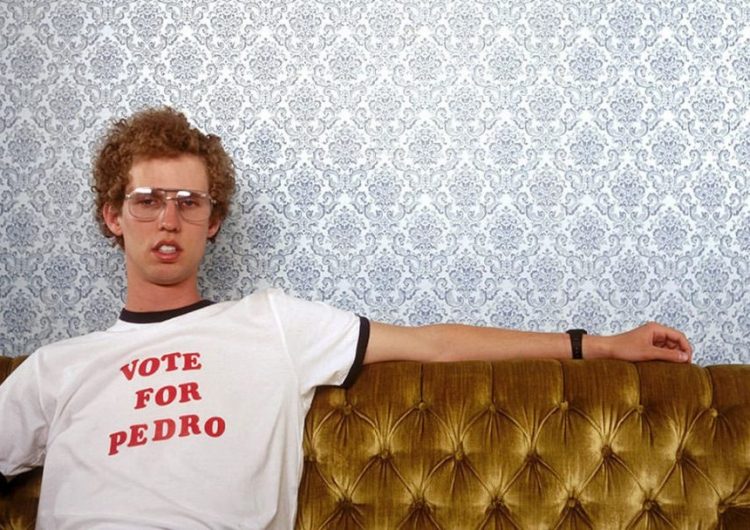 To propagate the love language of our times during the lockdown, we’ve compiled some movie recos from a few of the industry’s best directors. Some made them laugh, some inspired them while working and some just felt fucking unforgettable—the same things we feel as regular viewers. Is this the article version of Quentin Tarantino recommending Bong Joon-Ho films? Maybe. We just love seeing legends supporting legends.

This tale of a socially awkward teenager is made charming through the character’s own brand of off-beat. “Napoleon Dynamite” follows a class outcast as he helps his new friend win the class presidency, which in turn brings him into a twisted family situation. Need a comforting coming-of-age/comedy film? Pick up “Ghostbusters” director Paul Feig’s reco. “One of those movies I could watch over and over again, because it was just so out of left field,” he tells The New York Times. “In comedy, we feel that we’ve seen it all and done it all, but then an original voice comes in and you go, damn.”

Bonus content alert: a list of Wes Anderson’s isolation films. A story by Dazed reveals what the filmmaker has been up to during quarantine. His letter to his friends at Criterion Collection reads a list of movie recos, including “An Angel At My Table,” to which Anderson mentions, “how many times will I re-watch (Jane Campion’s 1990 drama) ‘An Angel at My Table?’” The film follows its writer’s story—how she was misdiagnosed with schizophrenia as a teen and how everything unfolded from there.

A 2013 list on The Criterion Channel shows Bong Joon-Ho’s top 10 films—and we spotted Wes Anderson’s coming-of-age film “Rushmore,” where he bagged an Independent Spirit Award for Best Director. Aside from academic probation, lead character Max deals with the risks of academic probation and liking a teacher. “Love. Expulsion. Revolution,” says the film poster. Sums it up just right.

This film begins with Queen and Slim’s first date, which gets interrupted when a policeman pulls them over for a minor traffic violation. What could have been a simple event suddenly blows out of proportion, yielding horrifying results. On Variety, “Daughters of Dust” director Julie Dash wrote that this film “evokes the danger of our times.” She even reminded us that Melina Matsoukas’s portfolio also includes Rihann’s “We Found Love” and Solange Knowles’ “Losing You” MVs. The intensity makes sense.

We could tell “Little Women” director Greta Gerwig is an Alfred Hitchcock fan when she claimed that “The 39 Steps” is “maybe one of the most perfect movies ever made.” This thriller classic dissects the adventures of a man who tries to help a counter-espionage agent. Then, the agent gets killed in his apartment. What’s next? Rounds of hectic chase.

Two years ago, “Marry is Happy, Marry is Happy” director Nawapol Thamrongrattanarit was asked by BK Magazine Online about films that currently inspire him. Aside from “Whiplash,” “La La Land” and “Lady Bird” (we vouch for this), he also noted Thai drama movie “Malila: The Farewell Flower.” It dissects the intricacies of Shane and Pich who attempt to reconcile from a heavy past. This film was also part of QCinema’s lineup in 2018.

“The madness in ‘Dogtooth’ (2010) is the most refreshing thing I’ve seen in a long time,” gushes “Blade Runner 2049” director Denis Villeneueve on The New York Times. “Dogtooth” is a Greek drama-thriller that follows three teenagers living in isolation. The only time they can leave their house—their parents say—is when their dogtooth falls out. In the same story, Villenueve recalls how an iconic scene still makes him laugh.

SHAREFor their first-ever issue, traveling zine FAKE is throwing one hell of a...