The National Museum permanently opened its doors to the public for free on July 1st, and here are a few highlights to help plan your next field trip to Taft. (Pro tip: arrive as early as you can, as lines get very long very quickly. Plus, the sun is less murderous at 10:30 am than it is at noon.)

In an interesting juxtaposition of the old and new, The Old Session Hall of the Senate of the Philippines houses models of French architect and city innovator Jacques Ferrier’s projects. Ferrier’s concept of a Sensual City follows his philosophy of sustainable and human-centered urban development. His designs often incorporate environmentally-friendly technology and sprawling green landscapes.

A Vision of the Sensual City runs until August 14th.

In a way, all art is political and it’s easy to walk past works displayed in hallways without a second glance, but do yourself a favor and linger outside Gallery XIX to take in arresting pieces that challenge history – particularly martial law and American imperialism. Roy Veneracion’s Pangarap (Pangitain ni Juan) (1982) is a surrealist interpretation of the end of martial law, complete with robots and comic book villain-esque military men, while Pablo Baens Santos’ Congratulations to the Liberal Democrats (1986) is a tongue-in-cheek portrayal of pyrrhic victory. 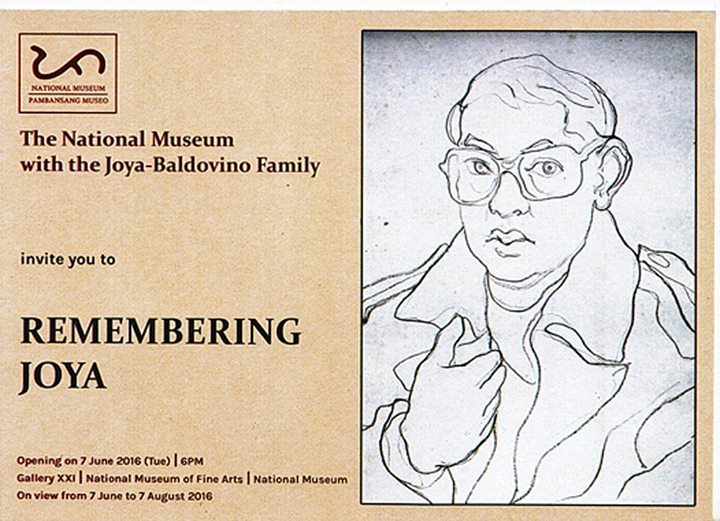 Photo from the National Museum

National Artist Jose T. Joya drew inspiration from abstract expressionism, but developed his own style that incorporated a sense of order rarely present in other works of the movement. The exhibition showcases Joya’s wide range of works, some outside his signature style, including religious art, nudes, and previously unseen pieces from his family’s collection. Personal favorites include the acrylic collage Global Warming (1990) and the pastel-hued Clown (1993). 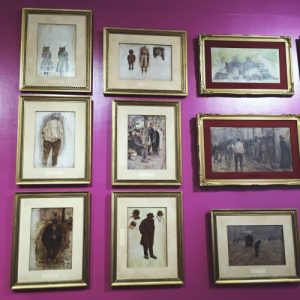 The treasures, from the collection of the Bangko Sentral ng Pilipinas, are housed in galleries curated by theme–colonial portraiture, sacred art, and paintings by Juan Luna and Felix Resurreccion Hidalgo. The last includes character studies during Luna’s studies abroad. He used realism to depict the social order–and the plight of the working class–particularly in Paris, but also in Rome, Venice, and Naples. 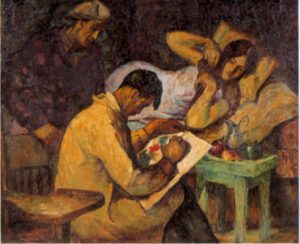 No need to travel to Benguet to get a taste of BenCab’s work. You can view National Artist Benedicto Cabrera’s sketches, as well waxed paper plates that answer “How does Bencab paint?”. Painter-sculptor and fellow National Artist Abdulmari Asia Imao’s bronze Sarimanok is also on display. Currently, there are three galleries dedicated to the “Pillars of Philippine Modernism.” Modernism in the country kicked off thanks Victorio C. Edades, whose revolutionary oil painting The Sketch is part of the museum collection.

Bonus: What’s the painting opposite Juan Luna’s Spoliarium? Felix Resurreccion Hidalgo’s El Asesinato Del Gobernador Bustamente (The Assassination of Governor Bustamante), also known as La Iglesia contra el Estado (The Church Against the State), another compelling commentary on power play and colonial rule. Hidalgo’s 18th century portrayal of a mob of friars violently tearing a governor-general apart was too divisive to be shown during his lifetime.