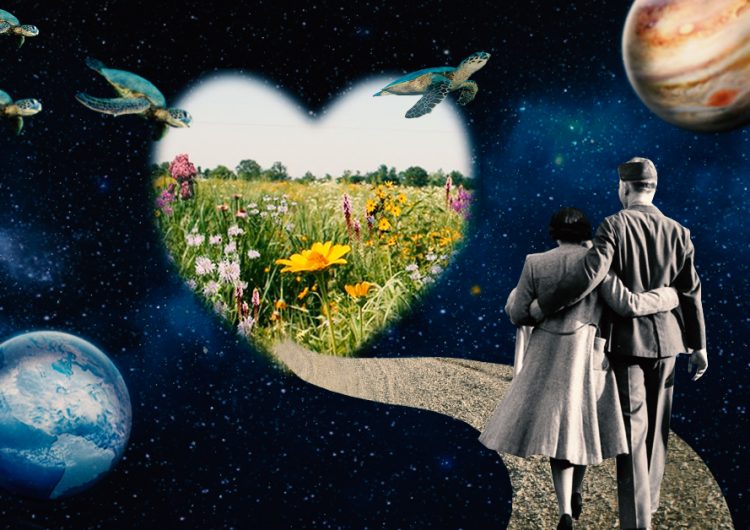 This Valentine’s we unpack the meaning of love through personal essays. Here, Giselle Barrientos looks at her previous romances and her current relationship to define what love isn’t.

I tend to think of love in a clinical matter. In times when I catch my heart making fluttery feelings in my chest, I think of: A) what caused it, B) why it’s affecting me so, and C) if it’s worth encouraging. It’s a step by step process, one that I hope will keep me from having to go through the god-awful things I’ve heard people describe heartbreak as.

Most of what I’ve learned about romantic love, I’ve learned from watching other people experience it. I watched my parents do everything right, and my friends do many things wrong. I’ve read about it, sang along to songs about it, even played roles dedicated to it. And so I have my young life’s worth of observations in tow, hoping that’s enough for me to avoid the pitfalls of heartache.

Defining it is a grueling ordeal at best, and the only thing I am sure of about love is that there’s an infinite amount of iterations to it. If you’re looking for a wise definition, I’d like to point you to the direction of a Mitski track, or perhaps Whitney Houston’s discography.

Otherwise, I’ll attempt to define love by what I’ve learned it is not. In the way that my mind does it, of course.

First, allow me to delineate terms. Love, in this essay, will be used within the context of romance. I’d like to acknowledge the many different types, like the friendly and the familial: both of which are equally as powerful as the romantic, but not nearly as convoluted (in my opinion).

Love, in this essay, will be used within the context of romance. I’d like to acknowledge the many different types, like the friendly and the familial: both of which are equally as powerful as the romantic, but not nearly as convoluted (in my opinion).

Boy, in this essay, will be used to refer to romantic cohorts of mine, current or past. I’d prefer not to dive into the characteristics of the latter, because to be frank, I’d rather not to remember them. Let’s just say that they will be dependent variables.

Next, limitations. The conclusions I have are based solely on my organic personal experiences. That, along with the help of the sage advice of my good friends.

Section 1.0. Love is “utang na loob”. I once had a boy who traveled in the middle of an August typhoon to bring me a cake on my birthday. It was my favorite flavor, too. At the time, I didn’t care for a romance, and much more that I didn’t particularly care for him, but after that I felt like I should. I entertained his dead-end conversations and wore the gift that I was given. It’s as it should be, I thought. Utang na loob na lang.

You can guess how that was bad for the both of us. He was strung along, and I was fooling myself. A waste of time for either party. You see, “utang na loob”, when abused, is a psychological tactic. A scorecard guised as an intrinsic value.

You see, “utang na loob”, when abused, is a psychological tactic. A scorecard guised as an intrinsic value.

I have no way of saying that he expected me to like him back, but isn’t that the premise of ligaw that we mistakenly grew up with? At the very least it was how I viewed it, and so I felt like I was obliged. Each of my strained “wyd?” in response to a bland “haha!” became its own empty routine over and over again.

I decided that love, if anything, was not this.

Section 1.2. Love is to conquer all. Many years later, during a time when I was yearning for a connection that my friends had already gotten, I gave the most generous, patient love I’d ever mustered in my life to a boy who gave me anything but. I thought it was all that was needed to keep the so-called relationship running. Really, I only ended up running out of myself.

But I realized that even if, say, he had given me the same kind of love, he and I were only part of the equation. There was timing (I was in school, he had already graduated), maturity (It was my first relationship of sorts, and he was fresh out of a long-term one), circumstance (we lived 60 kilometers apart), and a million other variables that came into play.

To him, I’m now probably a half-forgotten blip in history. To me, he’s still a top-notch warning story.

If love was meant to conquer all these uncontrollable situations, then it would be a cruel burden at best. I nursed a pummeled heart while the boy carried on, evidently unaffected the way I was. It was the truest kind of loneliness I’d ever felt.

And so I finally realized that fate trumps sheer willpower, and we parted ways. To him, I’m now probably a half-forgotten blip in history. To me, he’s still a top-notch warning story.

It’s all a matter of perspective, I learned. Love can’t really work unless you agree on the same one.

Section 1.3. Love is only a feeling. Some time has passed since then, and I am currently a year into a relationship. It had been the first time I’d made it past all the dazzle of the honeymoon phase, and the crash-and-burn falling out that comes with a short-lived affair. Who’d have thought that more trying times were to be found in the quiet of a long-term relationship.

At this point, we’ve had our fair share of fights. The worst of them was because there were particular things that mattered to him that didn’t have as much gravity to me. We fought to pull each other towards the other’s point of view, and while we did that, it went on and on.

We stopped letting emotion do all the talking, and we sat down and listened to each other instead. It was a shifting of perspectives: we viewed it not as a war zone, but as a puzzle piece.

Finally, we figured out that understanding our differences as individuals is the discussion we should have been having all along, and finding how we fit those individualities together is the solution. We stopped letting emotion do all the talking, and we sat down and listened to each other instead. It was a shifting of perspectives: we viewed it not as a war zone, but as a puzzle piece.

Interestingly enough, it was the first time I had a boy who was willing to coincide with my perspective, and me with his. Maybe that’s why we’re still here.

A relationship, I’ve found, needs making space for in your life. It’s not always about moving heaven and earth; it’s just about always consciously thinking about the other person. Give your partner’s hand a squeeze after a bad day from work. Text him a joke you know he’ll like. Guide his head to your shoulder when he falls asleep on the bus. In the worst of days, the little things can mean very much.

To conclude, love still encompasses many, many things, and its definition grows along with me in the passing of time. To truly learn about love is impossible from the bubble I hoped to observe it from, and to reach this point of discovery, I felt the shame of indifference, the rock-bottom of heartbreak, and a brutal cycle of arguments. Suffice to say I’ve collected some unwanted baggage along the way.

Wading into the waters of romance means falling into the mercy of its unpredictable tides, and at this point I feel like I’ve no choice but to roll with each wave.

I can’t say that this is the end of my list of battle scars, because I am bound to collect many more. Wading into the waters of romance means falling into the mercy of its unpredictable tides, and at this point I feel like I’ve no choice but to roll with each wave.

All I wish for as I move forward with this continuous study is that I don’t lose hope in the notion. The little things I mentioned in the last section, it truly meant everything each and every time. Those moments gave me something that I am sure that love is—that it just might be worth it.