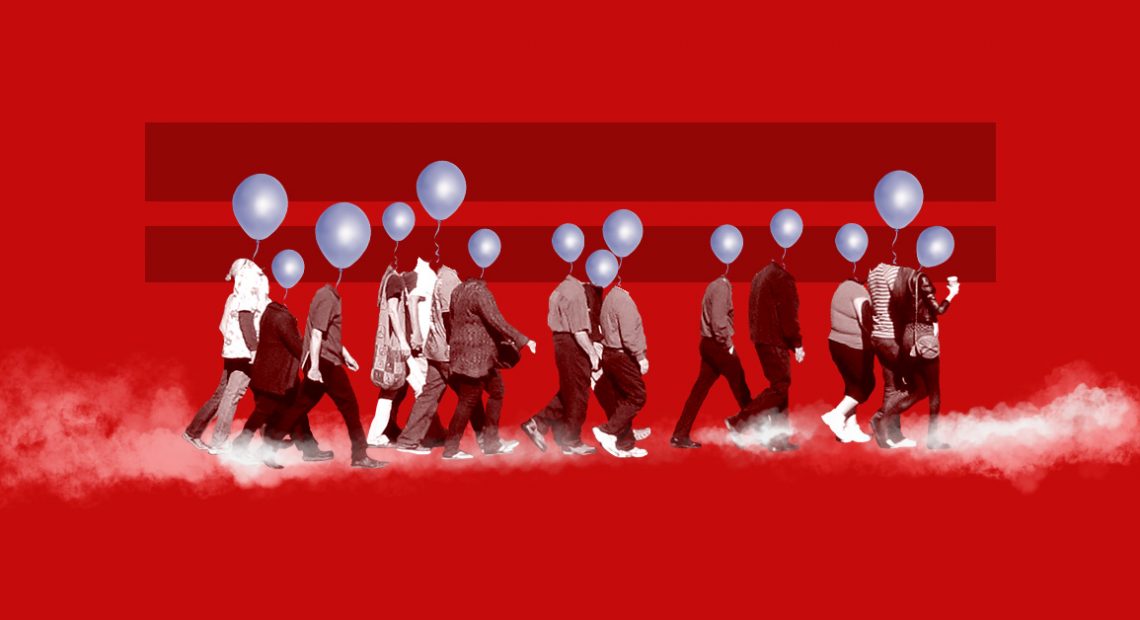 Protest comes in many forms, and through time, different revolutionary anthems visit our consciousness. There are songs founded on specific events needing political and social change. There are also some with messages that transcend their own eras. In a time of injustice, social inequality, brutality, and even deprivation of minorities’ rights, we can use different channels—even our playlists—to wake the fuck out of everyone.

Here are some of the songs, both local and international, that can push us to give our best foot (and fist) forward.

Read also: Tona Lopez, Cha Roque, and Jon Olarte on art as a medium of resistance

We put aside the usual meanings birthed out of popularized teleserye theme songs and birit go-tos. If we ask, “what is love?” the “Rosas ng Digma/Ang Tugon” medley will describe it as passion for the country. The track’s crisp guitar strumming amplifies the rich text on promises made in the time of danger and crisis. Its soothing vocals and lullaby-like tone may be building the image of that comforting certainty felt from being with the masses—something priceless. “Rosas ng Digma” and “Ang Tugon” as separate tracks are under the 2001 album Rosas ng Digma, seated beside other revolutionary spins “I Could Have Said,” “Sa Duyan ng Digma,” and “Kahit Kailan.”

“Killing In The Name” – Rage Against the Machine

Rock music isn’t just about head banging, crowd surfing, and throwing random staggering phrases in style. It’s also an avenue for protest, as RATM proves. If you’re an avid listener of the American band, you would know how they always owned the stages for their revolutionary political views. The various incidents involving the Los Angeles Police Department (LAPD), plus the eventual accusation of them being racist for all the riots caused are said to be the root of “Killing In The Name.” This was compared to the cross-burning activities of American white supremacist hate group Ku Klux Klan, hence the line: “Some of those that work forces are the same that burn crosses.”

Read also: I never understood protests until I joined one

Xiuhtezcatl Martinez is many things: an environmental activist, the youth director of conservation organization Earth Guardians, and an indigenous hip hop artist. This 18-year-old professes his bravery in standing for indigenous resistance in multi-layered, memorable “Sage Up.” Under its album Break Free, you will also find revolutionary anthem “Clockwerk” and “Magic,” a song on lost lands brought by human activity.

What makes a good song? Oftentimes, I like listening to what makes me uncomfortable, focused, and awake. This is how Last Poets have been doing it. Armed with reggae and jazz stings supplemented by authentic lyricism, the trio continue to stand as that musical leader for African-American civil rights movement. “Rain of Terror” tells a detailed reflection on the terrorism brought by America on all the non-white people of the world. It sings: “Killing and stealing / have always been a part of America’s master plan / to control the earth and everything on it / to divide and conquer is all they wanted.”

The Ely Buendia version of “Anak ng Bayan” is played against a black-and-white backdrop with cricket sounds and guns.  This is a scene from Hele sa Hiwagang Hapis, a historical fantasy drama film by Lav Diaz. The song is an old ode to battles needed to be faced far away from loved ones, and holding onto that mindset that things will get better. It’s a bittersweet mix of longing and perseverance, and an inspiration all at once: “Katulad ko rin, mabubuting anak ng bayan.”

The success of this song isn’t measured by its 425th spot in Rolling Stone’s 500 Greatest Songs of All Time  alone.  As how Rolling Stone describes it, “N.W.A. brought the battle between rappers and coppers to a new level.” It has always been believed that this song is founded on constant protest against police brutality against black men. The angry and aggressive word throwing in this song “predicted” the eventual series of riots between civilians and the LAPD in 1992.

Mos Def’s b-side single off debut album Black on Both Sides is a conversation. As the title suggests, the track makes the listener add up everything he drops and moreover pushes them to come up with a conclusion after the solving. All these elements reflect the building blocks of social issues.

It’s not difficult to imagine a vivid scene when this song blasts from the convenience store radio. A young boy, still a bit clueless about the chaos that surrounds him, is nonetheless convinced that he needs to heed the call to run away. Until when? Things aren’t certain, especially in a time of police and military abuse, and the norm of being put to danger despite of being innocent: “At baka matamaan ka ng mga balang ligaw.” / “‘Wag kang magpa-gabi, at baka mapagkamalan ka’t humandusay diyan sa tabi.”

The pace of the song tours the listener to the harsh reality of never-ending struggle. There is a play on privilege, and the hopeful peace people keep working on to achieve despite it being far-fetched. At the end of the day, we are left with no other choice but to fight against a system that houses officials who couldn’t care less about what the masses feel. It sings, “wala silang pakiramdam sa nangyayaring kaguluhan / basta’t mabulsa lang nila ang kaban ng ating bayan.”

SHAREI’m not the biggest makeup buff out there, but if a collection reeks...