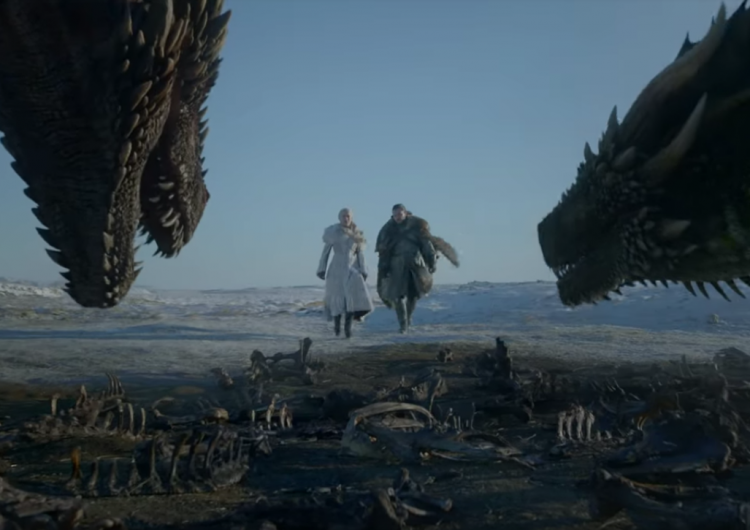 The trailer for Game of Thrones‘ final season has dropped, and so have our tears. Aside from the fact that this is the last we’ll see of the world of Westeros, there’s a lot of unsettling footage in the two-minute trailer. We see a terrifyed Arya running away from something in the dark, a forlorn army of humans facing the Night King and his undead army, and scariest of all, a smirking Cersei. What has this season in store for us? Everything is under extremely tight wraps of course, so we’ll settle for these convincing fan theories that has us fearing for our favorite characters’ lives.

Bran is the Night King

This is probably one of the most popular and polarizing theories for season 8. Because of that, there’s many variations of the Night King theory, but we find this one by Redditor ncobb12 ominously possible.

According to the post, Bran is the “key to the story” and will use his power to go back in time and change the past to prevent the White Walkers from even existing. The theory posits that Bran exists infinitely throughout all timelines because of his power as the Three Eyed Raven. Then, if we backtrack through Westeros lore, it tells us that the original builder of the Wall is Bran the Builder. Our redditor then situates Bran the Builder as a version of present Bran that gets stuck in the past trying to prevent the children of the forest from creating the first Walker. The season will then revolve around Bran destroying all versions of himself in all timelines so that he, as catalyst for the creation of the Walkers, will not allow this future to happen. Plus, Bran also looks suspiciously like the Night King. Coincidence?

Dany will not survive this season

What’s inevitable about this season is all the fictional blood that will be spilled over the fight for world dominion.

Many theorists predict the death of either of the crowd favorites, Jon Snow or Daenerys, and a lot of them are leaning towards Dany. First, Jon has already died before, so it might be a bit, ahem, overkill if he dies again. Plus, there’s a lot of clues hinting at Dany’s demise, like her reunion with the deceased Khal Drogo in her prophetic visions at the House of the Undying.  There’s also a possibility that she might fall pregnant since she and Jon slept together last season, and that her getting pregnant from him, a possible Targaryen, places nicely in the prophecy of Azor Ahai. Also, according to Mirri Maz Duur’s words, a pregnancy just might send her to the same fate as her ex-husband’s. (And, judging from the show’s track record, there’s no way the writers would allow a happy family to survive Game Of Thrones.)

Read more: 5 shows to watch while waiting for the new Game of Thrones season

This is the most important theory. This one we’re not as scared of, but it’s a frighteningly good twist. Oh, what I’d give to live in a reality where Varys is revealed to be a merman.

In this Reddit post, the writer made a comprehensive 28-point list proving exactly why Varys is, in fact, a Merling. Some of the points include that Varys is unbelievably light on his feet despite his size, which might clue us in that he’s not quite human. He’s also always wearing a long robe that covers his body entirely. Might there be fish scales or a tail under there that he’s hiding? There’s also the fact that Littlefinger, who would probably be the only human cunning enough to figure out that Varys is a Merling, has a ship named “The Merling King,” which could be a subtle dig at Varys. Admittedly, some of the points are a bit silly, but it’s a fun read all the same.

Honorable mentions: Jaime and Brienne will also die, Gendry Baratheon might claim the throne, Dany and Jon might have child who is the true Azor Ahai, Arya will use Jaime’s face to kill Cersei, Cersei will become the Mad Queen

SHAREWhere are the ghosts at? The boys of IV of Spades have yet...