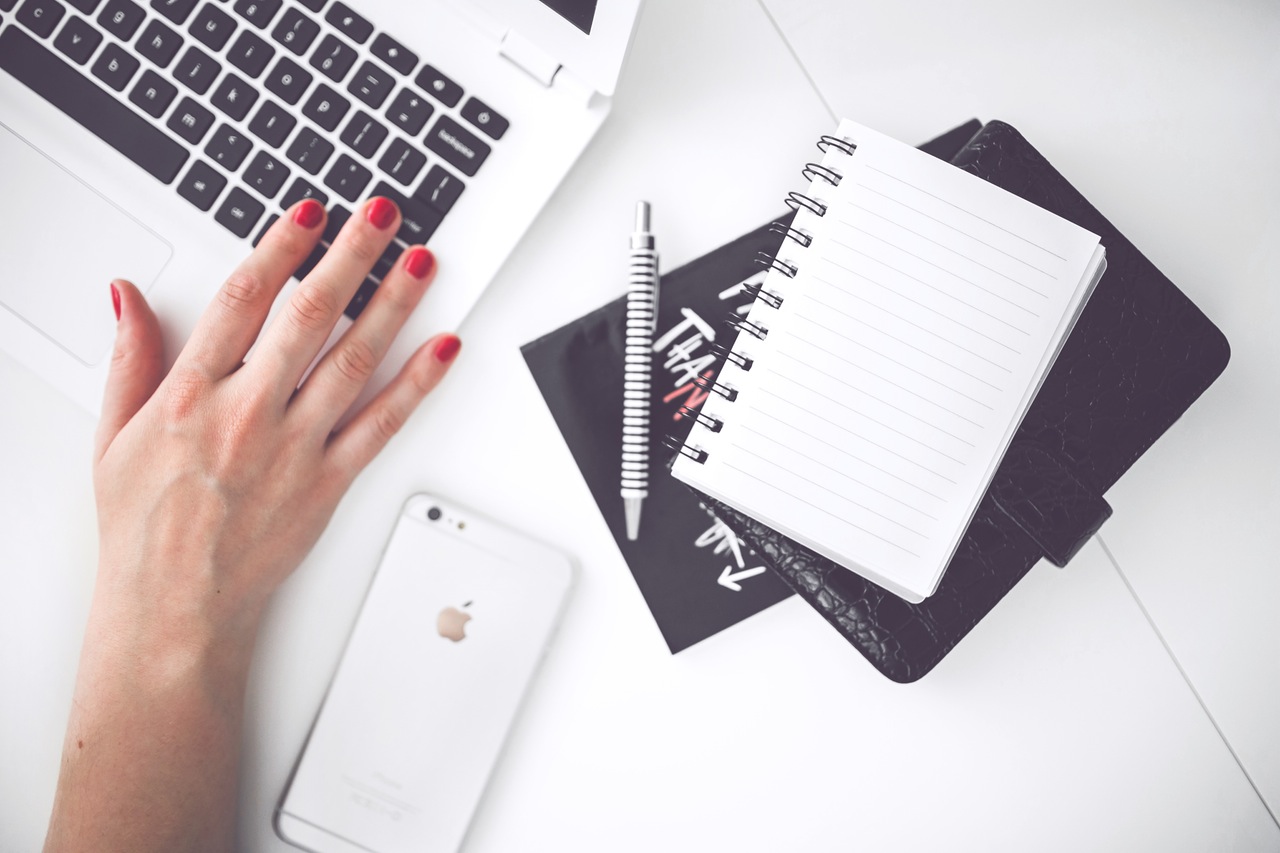 Tuesday night. A small café in Quezon City. Eight of us take a bow to a warm round of applause after another successful improv comedy show. Outside, thunder rumbles and heavy raindrops batter the asphalt in a steady beat. The streets are packed with cars; some roads are flooded. A few of us come all the way from Taguig, Makati, and Paranaque. It is an hour before midnight.

We eat before we leave. Q talks about her new job at a big telecomm company. It’s challenging but fun, involving a lot of managerial and administrative work that weren’t covered in depth in her course in college, which was synonymous to Multimedia Arts. On my other side, M’s boyfriend is studying for his first long test in med school. The entire PowerPoint is about glucose.

M and her boyfriend studied the same course in college: biology. M has entry-level work in a big TV channel. Another girl in our group is juggling acting workshops, med school, and improv. Three of us are still in university.

Tomorrow morning we will show up, bleary-eyed, armed with coffee, but persistent and active at work or in our first morning class. Passion always comes with sacrifice.

After most of my creative writing block mates graduated, I realized that I didn’t want to be a lawyer.

I knew several schoolmates who went on to law school, immediately after graduation. I noticed them from afar, from what they posted on social media whenever they had the luxury of time. What I saw inspired, but did not entice me.

Nights of endless readings on the law; laws that barely made any sense. Articles that droned on and on and on. The rare Facebook-worthy hugot quote, the occasional sexist, homophobic, racist, or just plain outdated reasoning behind certain laws. Nights of studying and memorizing. In short, college all over again, except you weren’t expected to memorize hundreds of pages of rules and contradictions at a time.

I shook my head and scrolled such past posts. Everything I had been warned about law school was true. One of the reasons I was allowed to major in Creative Writing was because it was a pre-law course. Presumably the literary work would prepare me for the rigor of law school. But as my college years went by, I became less and less enticed by the idea of a future in the courtroom. I realized that I was mostly tempted by its promise of stability, a promise that catered my insecurities.

I was miles apart from those who really were passionate about law. Those who knew they were going to law school even before deciding their college course, or those who later discovered their potential. I was completely unlike them. They were those who complained about the sleepless nights and fidgeted at all the repetition, but reveled at the new insights they gained on social issues and, more importantly, their applications. These people knew that their future lay in the courtroom or assisting countless others in their legal rights. Some of them believed that being a lawyer was an important stepping stone to a life of politics. Stability, to them, came in a different package.

[pull_quote]Everything I had been warned about law school was true. One of the reasons I was allowed to major in Creative Writing was because it was a pre-law course. Presumably the literary work would prepare me for the rigor of law school. But as my college years went by, I became less and less enticed by the idea of a future in the courtroom. I realized that I was mostly tempted by its promise of stability, a promise that catered my insecurities.[/pull_quote]

People are fond of pitting fine arts majors against everybody else, but I realized that there were more commonalities beyond the stereotypes. People only had to try to see each other beyond these preconceptions.

For instance, it’s said that most art majors are rich people who don’t worry about being jobless. Not true; there are more scholars majoring in Multimedia Arts, Comm Arts, and Creative Writing, skipping lunch to save money for a required play or film, looking for extra jobs and internships to fund for a theater production or a short film.

The “jobless” part is also untrue. After most of my peers have graduated, I realized that majors mattered less than I thought. I knew biology majors looking for jobs at television companies. I knew a literature major volunteering in animal shelters.  One of my coursemates is a copywriter for a pharmacy. Several in my course are working in advertising agencies. There are Communication Arts majors translating shows and political science majors teaching history classes. I realized that passion, luck, and connections mattered just as much as degrees. I also noticed that extracurricular activities played a bigger part in identifying one’s true calling, as well as one’s post-college track.

Another unfortunate stereotype about art majors are their being slackers. Nothing can be farther from the truth. Sadly, a lot of people have this mistaken idea that the easiest way to get into their dream college is to apply for a major in humanities or the arts, and majors in such fields are attached with the stigma that they are too dumb for other, more “technical” courses. Of course, this leads to the stereotype that art majors are lazy, since their workload is perceived as lighter and easier.

Anybody who has lost six hours of sleep over editing 20 minutes’ worth of film footage can attest that this is not the case. Anyone who has been required to submit 20 essays for four different subjects in a period of two weeks will vehemently disagree. So will theater arts majors, who go home around midnight during rehearsals and show up promptly at 8 a.m. classes the next morning, and music majors, who play the same piece over and over again for weeks or months on end just to get it perfect for a single night’s performance. Similarly, a painting can take months or a year to finalize, and graphics require more than Photoshop to be memorable. If you’re wondering why artists think a price of P150 per work is insulting or demeaning to their craft, this is your answer.

And it’s definitely not true that we don’t care about stability. We’re not naïve. “May pera ba diyan?” has been our well-intentioned relatives’ and family friends’ anthem throughout our college years. We hear it from clueless strangers and classmates. We ask ourselves the same question from time to time, even after college, while we scramble over meager jobs, working for free at times, just to learn new techniques and make connections. “Do we have a future?” we ask ourselves when one gig ends and we have to wait for another.

There is another kind of stability that comes when one dedicates their whole life to a single though uncertain cause. It is the stability of belonging, of knowing that you are what you are and that you’re doing what you’re meant to do, even if you’re unsure of what will happen next. With it comes a strange sense of comfort that forces you to go on. You have a story to finish, or a mission to accomplish. You will lose direction or motivation if you settle for anything else. And this doesn’t just apply to artists.

[pull_quote]There is nothing wrong with juggling a job you hate along with activities you like, especially if there are people who are depending on you. Sometimes you have no choice but to take your parents’ dream course or continue to the family business.[/pull_quote]

Let me finish this by saying there is nothing wrong with settling on a job for stability, especially if you try to find your own passion or purpose within it. There is nothing wrong with juggling a job you hate along with activities you like, especially if there are people who are depending on you. Sometimes you have no choice but to take your parents’ dream course or continue to the family business. Whatever the case, be comforted; you still know who you are and what you want, which means you still have a direction, a mission to accomplish, and a story to write. And there are plenty of ways of doing this. It is all up to you.

I am planning to become a teacher, hopefully in elementary or college.  I’ve been warned that teachers don’t make as much as businessmen, doctors, or lawyers, but their salary is steady. There is an element of stability. But it goes beyond that. It might change in the future, but right now I know I want to teach. I know this job will allow me to continue writing on the side. I know I can learn more about writing through teaching. And I know what a heavy and daunting task it is to be entrusted with the education of the next generation of Filipinos. However, it is this very thought that inspires me and pushes me to work harder. It gives me hope, in the same way I hope to provide it.

The world is an uncertain terrain, and everybody takes comfort in whatever scrap of sureness they can find, even if this sureness is the assurance that the future will be open-ended no matter what. It is the assurance of one’s purpose that in the end defeats all odds.

SHAREMuseum and astronomy enthusiasts, time to get excited. The National Museum of the Philippines...