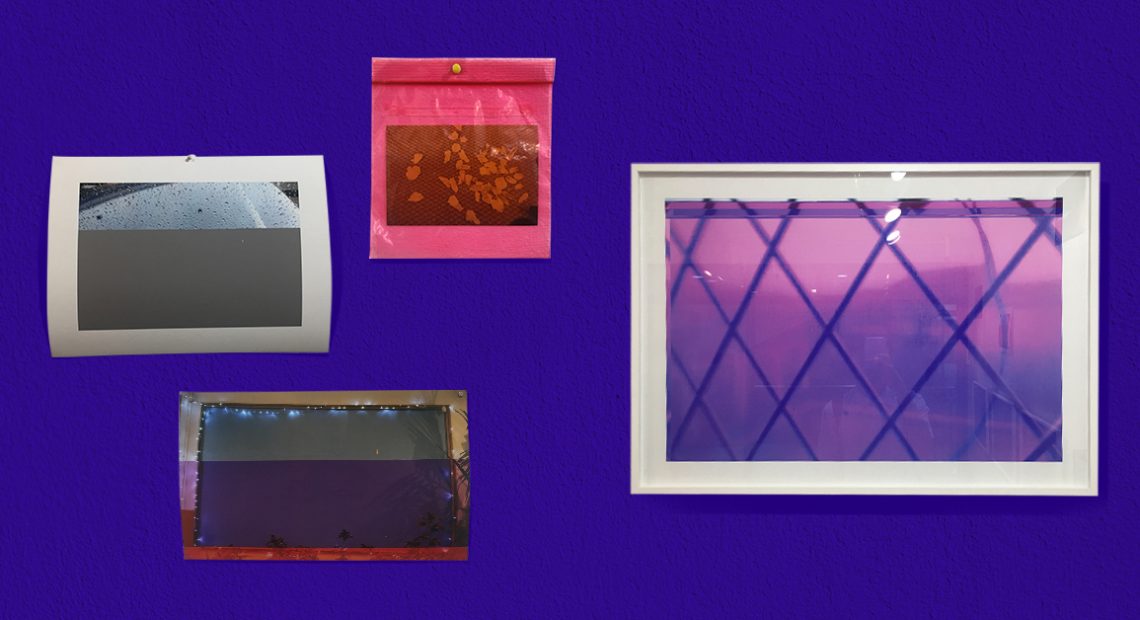 John Lloyd Cruz makes an unexpected appearance at the Mary Santos Artcade during my visit to West Gallery to check out current shows. His skin is pale and his eyes are red. It’s not him in the flesh; it’s JLC in a poster of the TV series Imortal found inside Video 48. John Lloyd would never be here. After all, he’s no longer the man we knew through the whirlwind of show business. 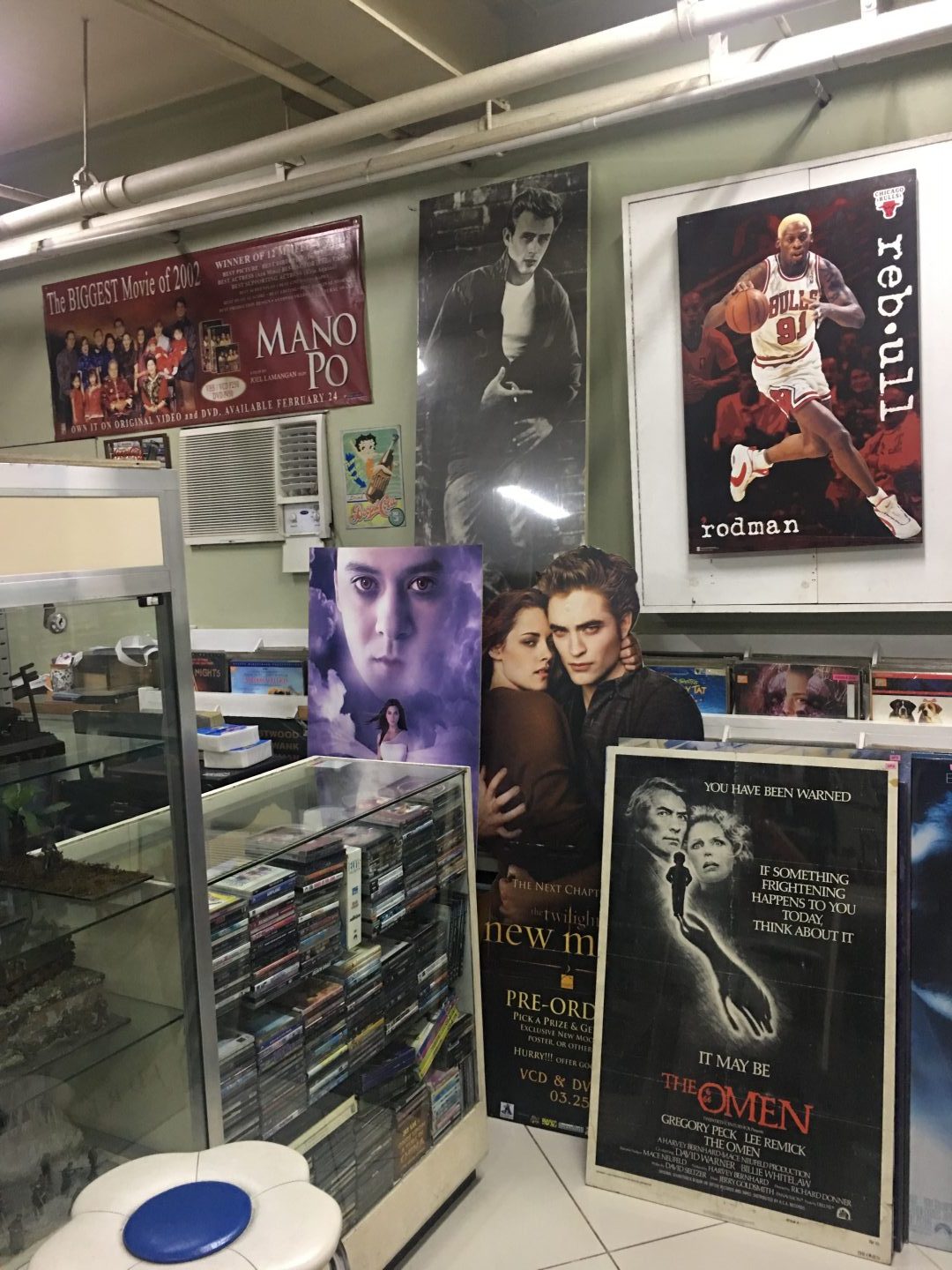 One Tuesday morning, the hush at the gallery is interrupted by the sound of bubble wrap unpeeled from a canvas, the chatter of students about Kawayan De Guia’s works, and the whirr of phone cameras as they took portraits in front of these.

Beside the lively space, Idan Cruz fka John Lloyd Cruz holds a separate exhibit titled Void. Save for one gallery staff, there’s no one else in the room. 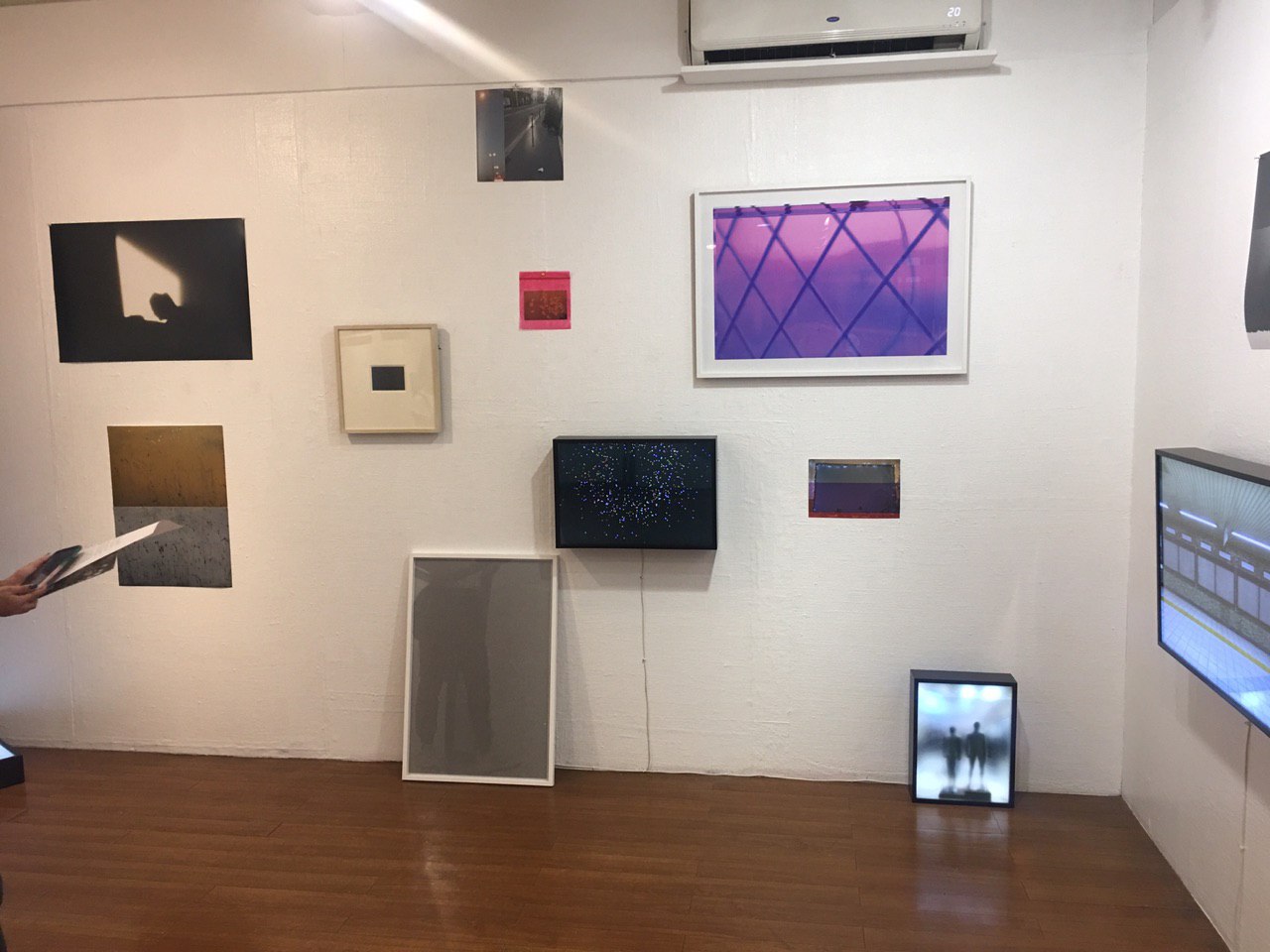 I survey the space, thinking which to view first. Although he did an installation on a movie poster last year at Vargas Museum’s Vic Delotavo: Posters for Philippine Cinema, Idan continues to explore the medium of photography like in previous shows at Underground Gallery and MO Space.

Here now is a photo of a strand of hair stuck on a wall; a cigarette stick with “ENJOY” printed on one end; a closeup of a phone in which you can see the word “DELIVERED;” a sparkler that seems straight out of someone’s feed on NYE; and a lot of walls. 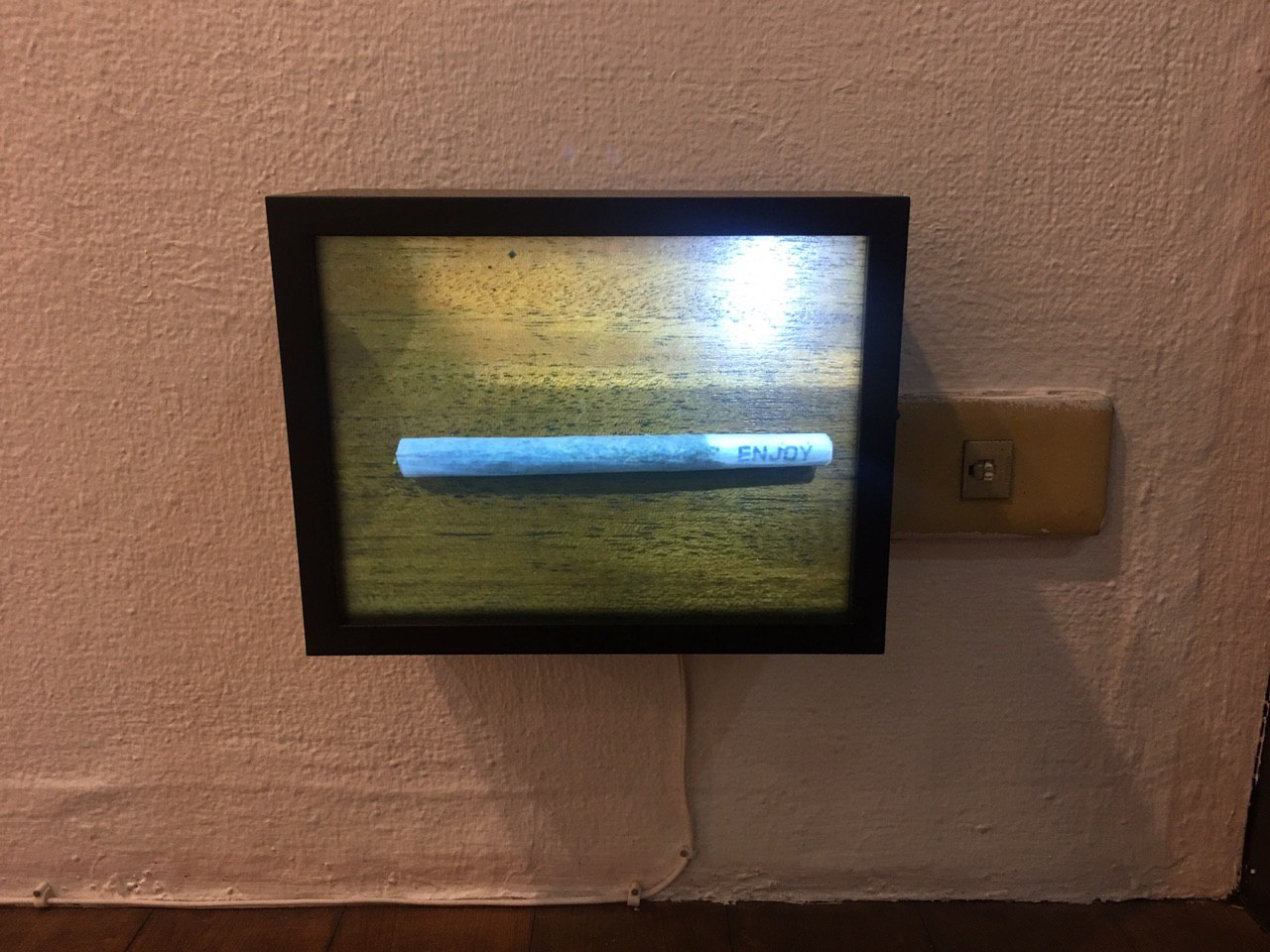 “We Rather Let Them Children Suffer”

It’s not easy to find the artist’s intention through these images. But it is probably a betrayal to look for it. Anyway, the exhibit is simply an exercise in seeing.

“…I trust that your eyes, like mine, are borne of light. And just for today, allow this to be our shared language,” the artist statement pinned on the column inside the room reads.

Why are we still talking about John Lloyd?

The silence is broken when other viewers approached Idan’s exhibit. “Mga gawa ‘to ni John Lloyd,” I heard someone tell the group. They swooned as soon as they heard the name of the actor. They enter and point their phone cameras on the artist’s work.

Soon, murmurs about the actor follow—I don’t need to discuss this any more since this has been the talk of town for years already. But will we ever discuss the name Idan Cruz with his art as the only context and without bringing up John Lloyd and the names attached to him? Even I am guilty of this.

The public remains curious about his life. When you think of it, Idan lets us into his mind far better than any of John Lloyd’s onscreen performance. 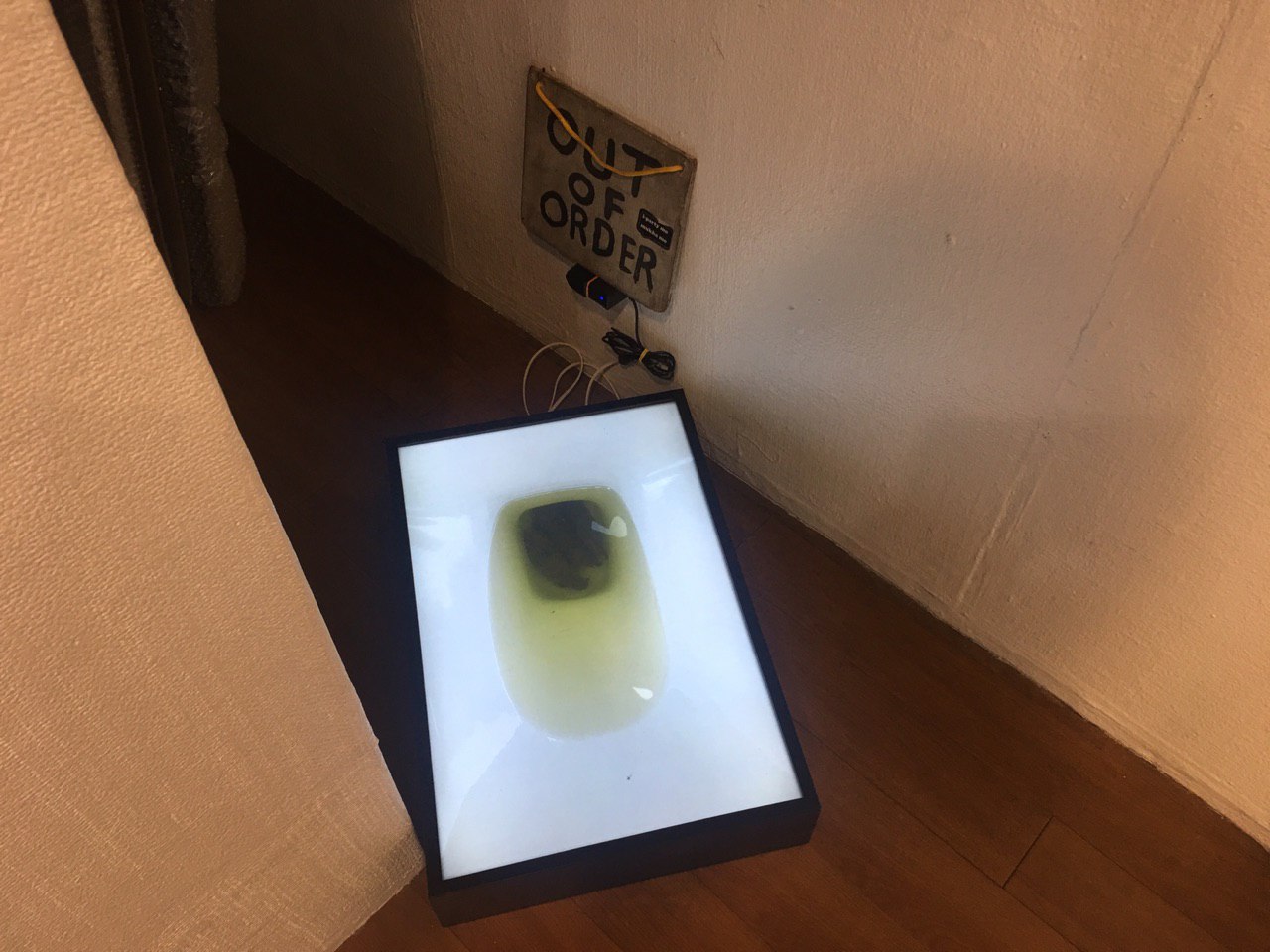 “Lick Your Own Wound”

Breaking the series of images on the wall is a lightbox on the floor with an image of feces in the toilet. It’s strange to look at it in a public space like a gallery—it’s like staring down at your own shit without the privacy. I can’t help but think of how artists view excrement and objects related to it as a subject.

Read also: The most disturbing artworks at the Art Fair, according to visitors

Marcel Duchamp for example, took a urinal, gave it the title “Fountain” and called it art. Meanwhile, Piero Manzoni immortalized his feces in 90 tin cans in “Artist’s Shit.” “[I]f collectors want something intimate, really personal to the artist, there’s the artist’s own shit,” he said.

And for someone who was under the limelight for most of his life, the strange inclusion of this photograph is perhaps also his way of presenting intimacy now that he is an elusive artist. Perhaps this is the most intimate we can be with Idan.

Read also: Young, broke, and ambitious: How to start your art collection in your 20s

On a wall across the door, the smallest work at the exhibit is easy to spot. “Undone” is a print kept inside a pink ziplock. The work, at P1,000, is the most affordable. 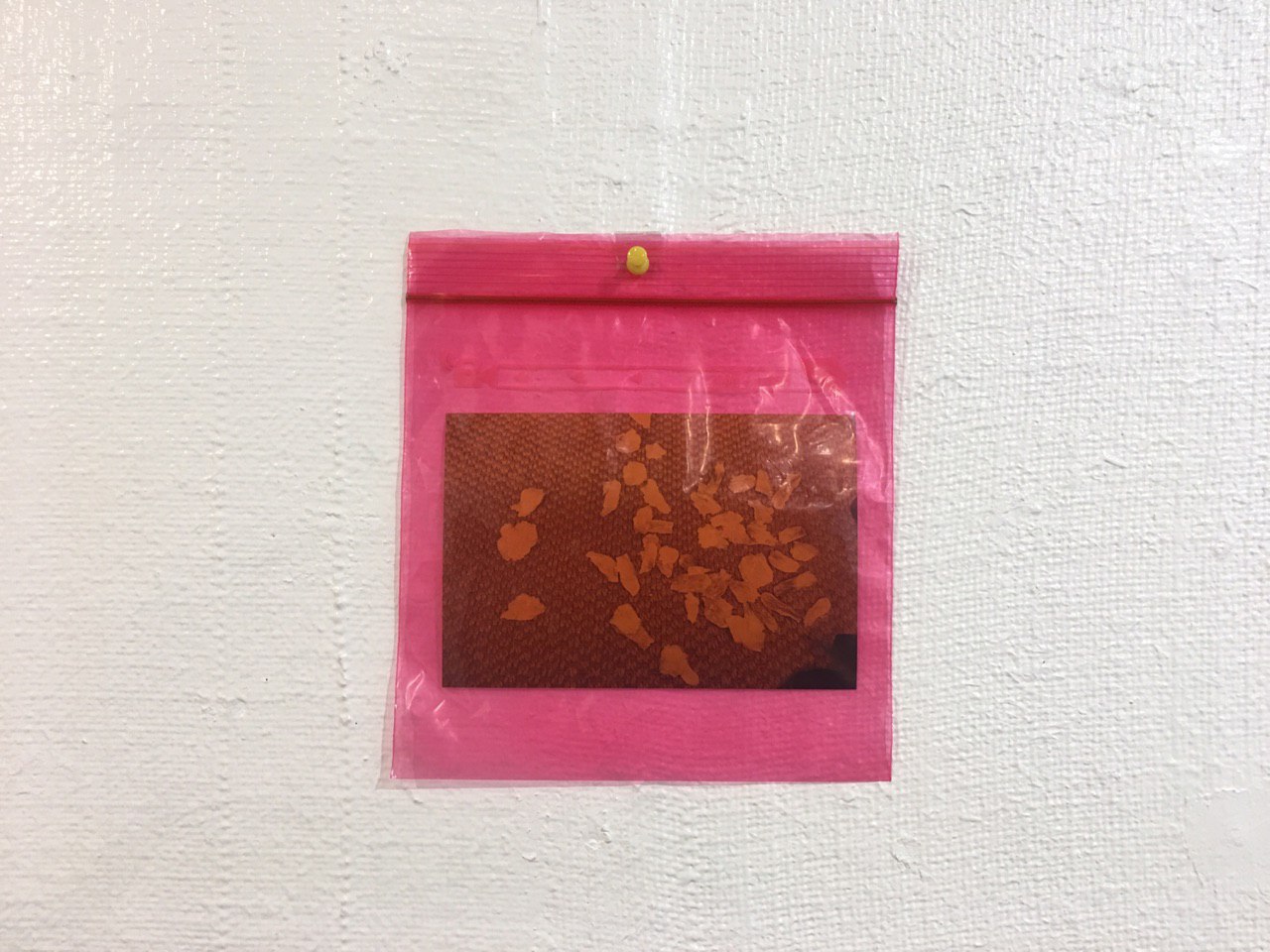 I approach the gallery staff to ask for the availability of the print. I’m ready to pull out my waller, but I’m too late. “Undone” only has three editions, and all of them has been sold already. But it’s okay—it looks like Idan is putting out more works soon. By then, I hope we’ll start talking about the artist simply because of his works.