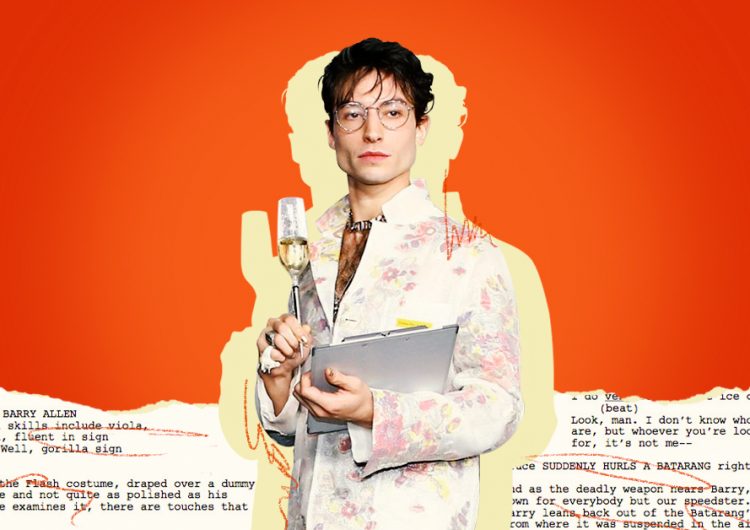 Ezra Miller is, aside from being a beautiful creature, a multi-talent. He is a great actor and a good musician for his band Sons of an Illustrious Father. And now, he’s proving he can do so much more.

Over the past weekend, Hollywood Reporter announced that The Flash is writing The Flash. Yep, Ezra is venturing to screenwriting together with comic book author Grant Morrison.

Read also: 10 reasons why you should all stan Ezra Miller

According to the entertainment website, this development is due to creative differences between Ezra and John Francis Daley and Jonathan Goldstein, who wrote Spider-man:Homecoming and are slated to direct The Flash. Apparently, the Daley and Goldstein are taking a light-hearted approach for ‘The Flash.’ On the other hand, Ezra wants to take a “dark twist.”

But there is one caveat to this initiative. If Warner Brothers won’t like his version of the superhero, there is a chance Ezra won’t essay the role. As The Hollywood Reporter explains, his contract for the franchise will expire in May. So, does this mean we have less chances of seeing him as The Flash?

If he is really writing The Flash, the movie will be his second writing job. In Ezra’s IMDb page, he is credited as writer for documentary short “The Truth According to Darren Wilson,” which he also co-directed. And if the studio likes what he does with the superhero’s story, does this mean we’ll have more Blackpink goodness in the movie?