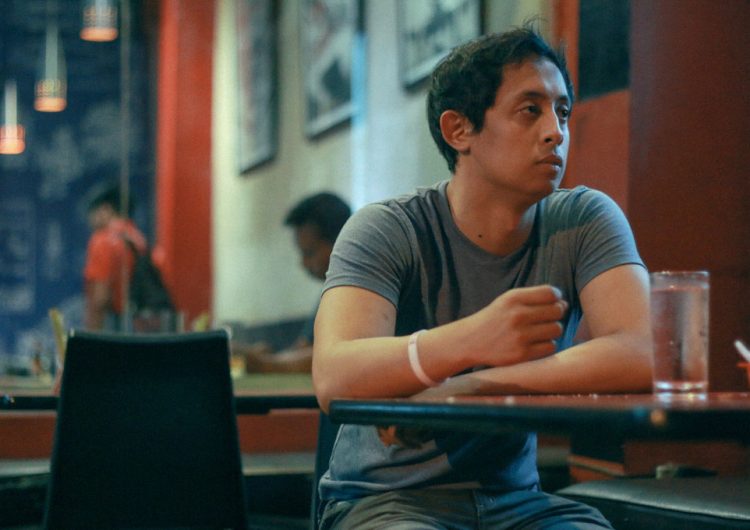 Oh, it’s true! It’s damn true. Romeo Moran, Scout‘s editor in chief, has left the building. Romeo has been with Scout as an editorial assistant since April 2014. He was promoted to features editor last Jan. 2016, and then editor in chief in the same year. 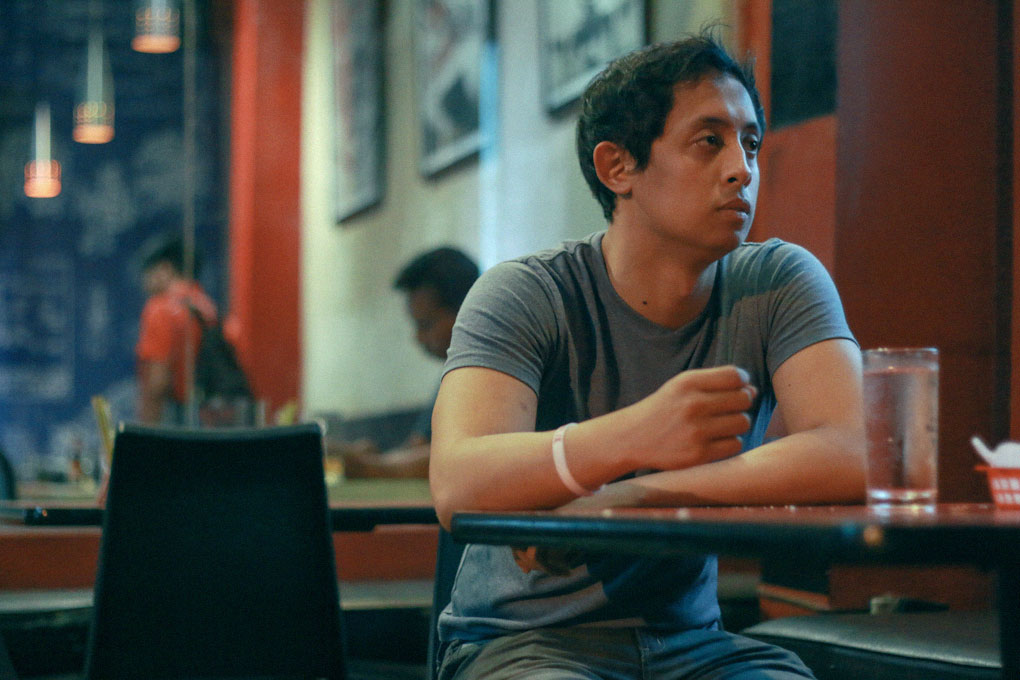 In the five issues where he was editor in chief, Pepi (which was what everyone in the office called him, the rest of the world aside) steered Scout’s direction towards promoting critical thought. Political editorials, breaking news of current events, and concise unpacking of local issues entered the DNA of the magazine’s digital space. Meanwhile, in print, essays with the same critical edge were a constant.

Pepi gave the magazine another dimension that Scout‘s audience may not have known they wanted, but something it now needs. In a time where misinformation and fake news proliferate, Pepi gave Scout an engaging voice coming not from a moral high ground, but a level-headed point of genuine curiosity, with the same impetus to demand knowledge and justice as its audience now demands from everyone.

Lex Celera, who succeeds him as editor in chief, talks to Pepi about his stay with Scout in an unedited interview over some Buffalo wings. 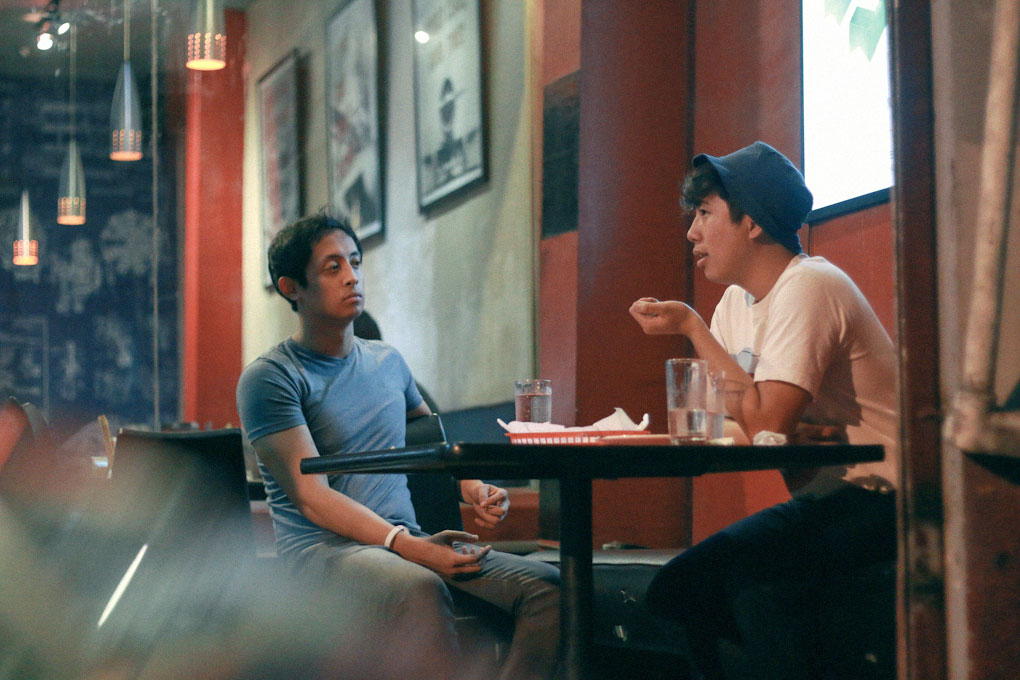 So Pepi, did you always want to be a writer and editor?
Interesting question—is this entry or exit? But seriously though, I’ve never always wanted to be a writer, much less an editor. My first lifelong dream was really to design video games, but somewhere along pursuing that little dream I only just realized that I’ve been writing long before I started wanting to be a writer. I would write up plots and build up my own little worlds, oftentimes hijacking from real games (I once wrote a Final Fantasy X ripoff and built a whole series based on Warcraft, back when it was still an RTS), franchises, or world history. Whenever I wrote those stories I didn’t really realize I was actually writing; in my head I was just designing.

I just really stumbled on this writing thing for real in college, when it occurred to me that I was actually much better at this than anything else I tried or wanted to be. The editing thing is part of the skills the journalism department teaches you, and you only get lumped into it when you start at a place like Hinge Inquirer. Writing is much more fun than editing.

How did you get your first paid writing gig?
Man, I can’t even remember what that was. I’ve written for free for so long that I don’t really recall what the first thing I wrote for money was. Oh, it might have been the time when I wrote a short bit for F&B World (as it was back then) at the end of my internship. Yes, I interned at Hinge back in college.

What were you doing before you joined Scout?
I was just working on MultiSport, which was a print magazine before it went online-only. [Bea Ledesma, Hinge Inquirer’s group publisher] approached me one afternoon and said I was on Scout from that day on, for real.

What was Scout like back then, and how different is it today?
When I first started, it was obviously and heavily skewing toward the young female demographic. Although it was intended to be unisex, and there were some content for men, it didn’t look like a magazine that was made for guys to pick up. (Not to be heteronormative or anything, but that’s just the way it was.) After Jed [Gregorio] took over, it started looking a little more accessible; sure, it still looked like it leaned toward females, but more than ever there seemed to be something for everyone. I felt like we were less afraid to try stories that didn’t always fit the mold, and I think our readership grew because of it.

What was your favorite moment with Scout?
My favorite moments were definitely going out and doing the stories we did, and meeting all these fun people in the process. We often met personalities who were so much more than what the media and their social media accounts portrayed them. I always love finding out who they really are—and doing my best to show them in a different light. I also loved it when we did a story our hearts are in, like when we went around one afternoon trying different convenience store food, or a whole day eating at college haunts (which still hasn’t seen the light of day).

What kind of boss did you want to be, and did it turn out the way you wanted it to?
Honestly, I tried my best to be the glue that held it all together, because sometimes I felt like I had to be with a young team. I learned from my predecessors about the kind of boss I wanted to be, and I’d like to think that I did a mostly good job of avoiding their flaws and weaknesses. The only thing I really regret is not standing up for the brand more, because things didn’t always turn out the way I wanted.

But at a certain point you kind of realize that there’s not much standing up left for you to do. If anything, that’s my advice to you—that that is the reality, but you need to keep trying to push the envelope. You’re the damn EIC, and that means something. And I think I wasn’t brave enough to always embody that.

I figure you did push the envelope by giving Scout a more critical eye when it came to current events.  What drew you to writing opinion pieces?
I was always an opinionated kid, especially in high school—I think I got that from my parents. I’d been writing my opinions way before I even wanted to be a writer professionally, I think, and I was naturally drawn toward it. And it did get me in trouble, too.

I think the biggest factor was that I wanted to fight very hard for Scout to be aware of the place it lives in. The magazine actually did start out quite politically- and culturally-aware under Cai, but still not as much as I wanted it to be, and especially less so under Jed. I don’t fault them for anything, but I always thought that if we wouldn’t do it, people would quickly point to us as living inside a bubble. Previous contributors and interns had tried, as well, so I knew there was a place in our market for it.

Granted, I always tried to voice out what I felt was the right opinion, even when I didn’t always fully understand it yet. That did get us into trouble sometimes, but I chalked everything up to experience and learning. There’s a lot to be learned about the world when you keep speaking up, even when people would prefer to shout it at you. After everything, I’m glad for that. 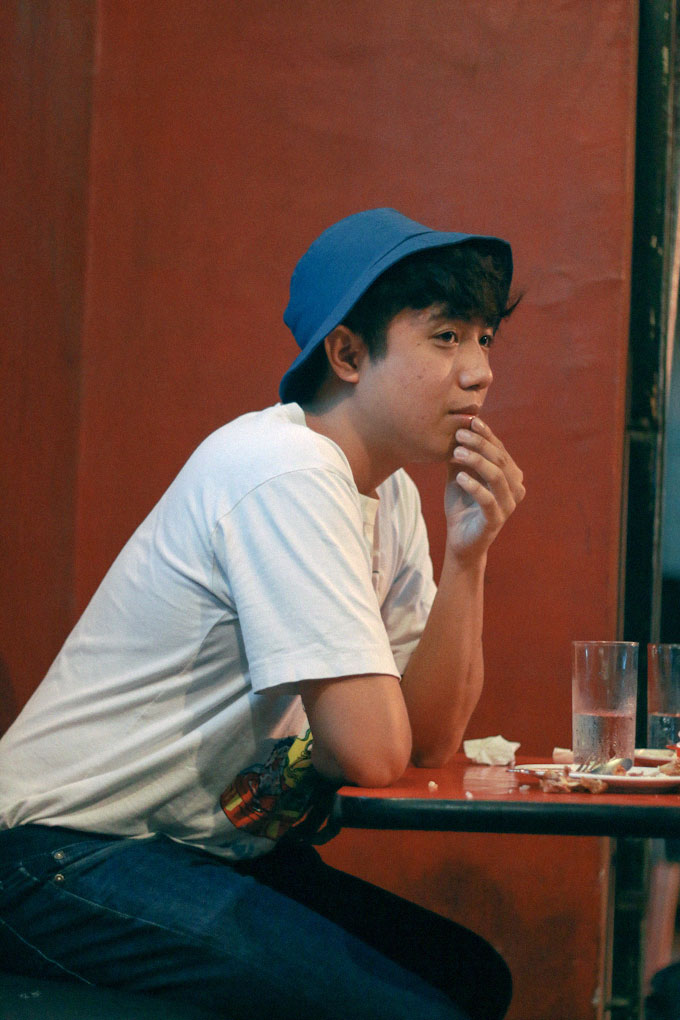 You mentioned getting in trouble for speaking out, and I can’t help but ask: what’s the craziest thing that happened when it came to writing these stories?
The craziest thing that happens, for sure, is when social media gets all the way riled up. Sometimes (okay, maybe most of the time) they’re right, but sometimes they’re also wrong. The Duterte supporters are wrong, of course. But the most insane reaction I got was when I wrote that Alex Tizon op-ed reaction; Americans were reacting, it got a shoutout from The Atlantic itself, but it was admittedly a half-baked piece that I felt I needed to get out there because of timing. That’s one lesson learned.

Sometimes I’m led to believe that other people have this image of Scout as this magazine that’s pure eye candy. Other people, meanwhile, see Scout as a a politically charged platform. Although I see how there is a need for both to exist, personally, I find it hard to reconcile the two. How did you put those two images together?
We can put these two images together as long as you embody what you think is your truth, but molded and tempered with a lot of self-awareness. You’re never going to get some people to like everything the magazine puts out, but you’ll have won if you make them agree with some of the things you say. All it takes, really, is self-awareness and strength to shut down things you know need to be shut down. It’s constant editing of yourself, what you believe, and what you say.

What do you want to tell the kids when it comes to everything that’s going on in our country?
For the kids, keep proving old people wrong. The world is fucked up, they messed it up, and we’re the only bright spots—be aware of the evil around you and please don’t give up and let them win.

SHARENot only is our iconic childhood favorite girl group trying to make a...