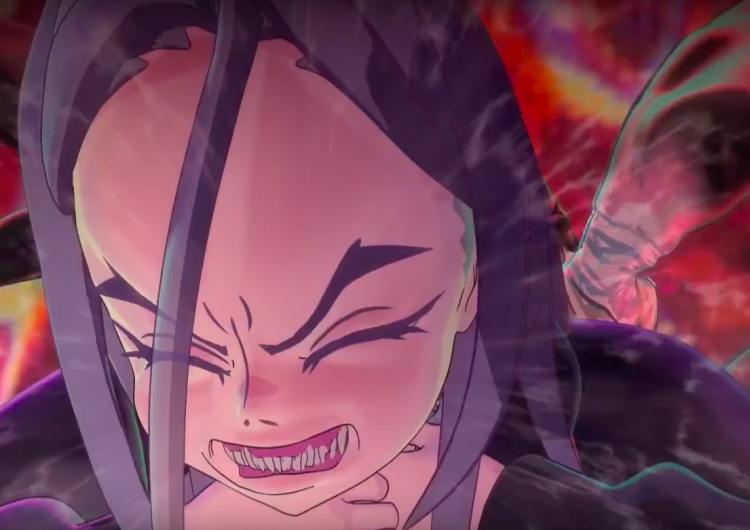 Here at SCOUT, we love our cool yet edgy queens. And Billie Eilish is definitely one of them. And her latest collab with the Japanese artist Takashi Murakami makes her even cooler.

After Takashi did Billie’s cover for GARAGE last January, they released a new music video for her track “you should see me in a crown.” The animated MV is a visual feast with its highly disturbing yet astonishing imagery. With that, we say: sign. us. the. fuck. up.

We got drama, a revenge plot, and amazing animation. Sitting by the outskirts of a futuristic city, Billie is a half-spider creature, waiting to wreak havoc among its citizens. She goes berserk when the chorus hits. As her spider legs and fangs come out, the city populated by Billie’s BLOHSH characters perish.

Unfortunately, we can only watch the MV at Apple Music. We can enjoy this 30-second teaser for now. Check it out below.

This won’t be the last drop we’ll see from Billie this year though. Her debut album When We All Fall Asleep, Where Do We Go? will be released this March 29. If we’re lucky, maybe we’ll get a visit from our spider queen in the future.

Still from “you should see me in a crown”

The cast of this new online show are Bright, Win and… us?

SHAREDoes your post-series coping mechanism include imagining what happened after “2gether The Series”...

Here are 500 QR codes for your custom ‘Animal Crossing’ needs

SHAREGamers in quarantine are now looking at “Animal Crossing: New Horizons” for solace....