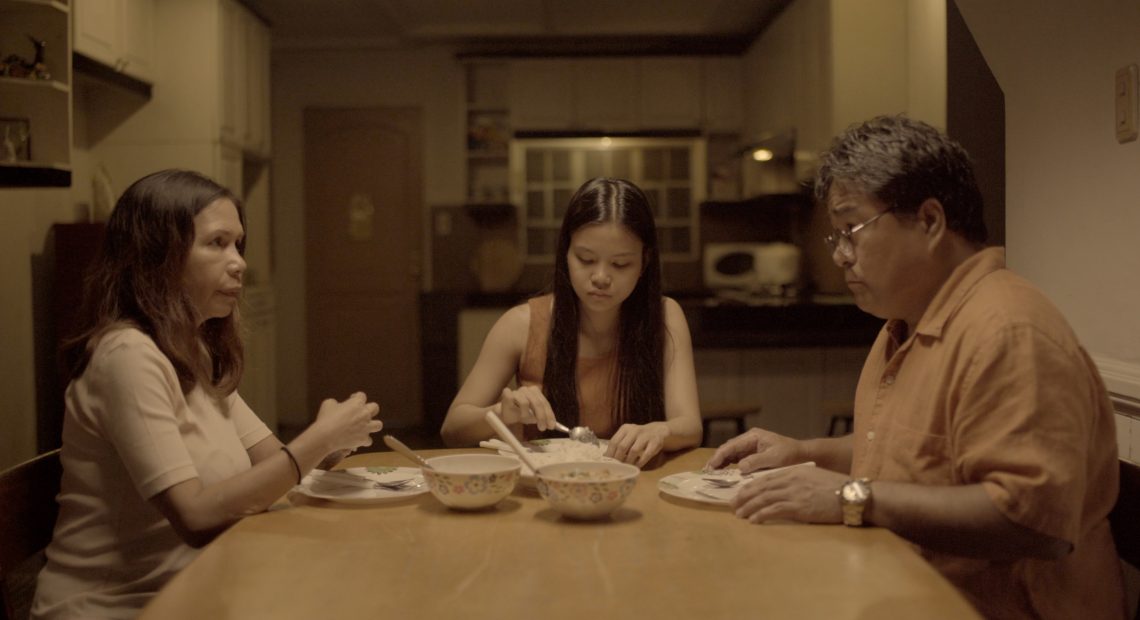 Cannes is on every budding filmmaker’s wish list. It’s the place where films can compete for the prestigious Palme D’Or. But Cannes isn’t always just about competition.

For young filmmakers, Cannes is also also the place where they can connect with other filmmakers, producers, and distributors. In the recent years, short films like Lyka Gonzalez’ “Agos,” Martika Ramirez Escobar’s “Pusong Bato,” among others found their way to Cannes Short Film Corner. This year, Mapúa graduate Celina Mae Medina also has the opportunity to present her thesis film “Ophelia” at the short film market.

The short film addresses mental health in the Philippines. Working with such sensitive topic, Celina admits it was important to ensure proper portrayal and representation. Although it was difficult, all her efforts paid off after “Ophelia” received awards and praises from various film festivals abroad.

To give you a better idea of what “Ophelia” is about, we talk to Celina about her creative process, autoethnography, and mental health in the Philippines.

Can you tell us about your short film “Ophelia?”

It is about a depressed college student seeking psychiatric help from her parents. However, they have other plans in mind. “Ophelia” is my undergraduate thesis film in Mapua University that took me two years to develop and finish.

You mentioned that, aside from this film being a mental health advocacy, it is also your autoethnography as a person diagnosed with bipolar disorder. Before making this film, was that your original goal? How did you develop the bravery in sharing your personal story?

Actually, I began this journey when I was still undiagnosed. I have always been vocal about my mental health advocacy, and I have always been very keen on raising awareness on mental health WITHOUT romanticizing or glorifying depression. My thesis adviser recommended that I use autoethnography as an approach due to its unique and honest nature. I did not realize how difficult it was that it took me two years to process. But this thesis film is what eventually helped me gain the courage to seek psychiatric help and be honest with my family about what I feel—that something was wrong with me and I needed help. 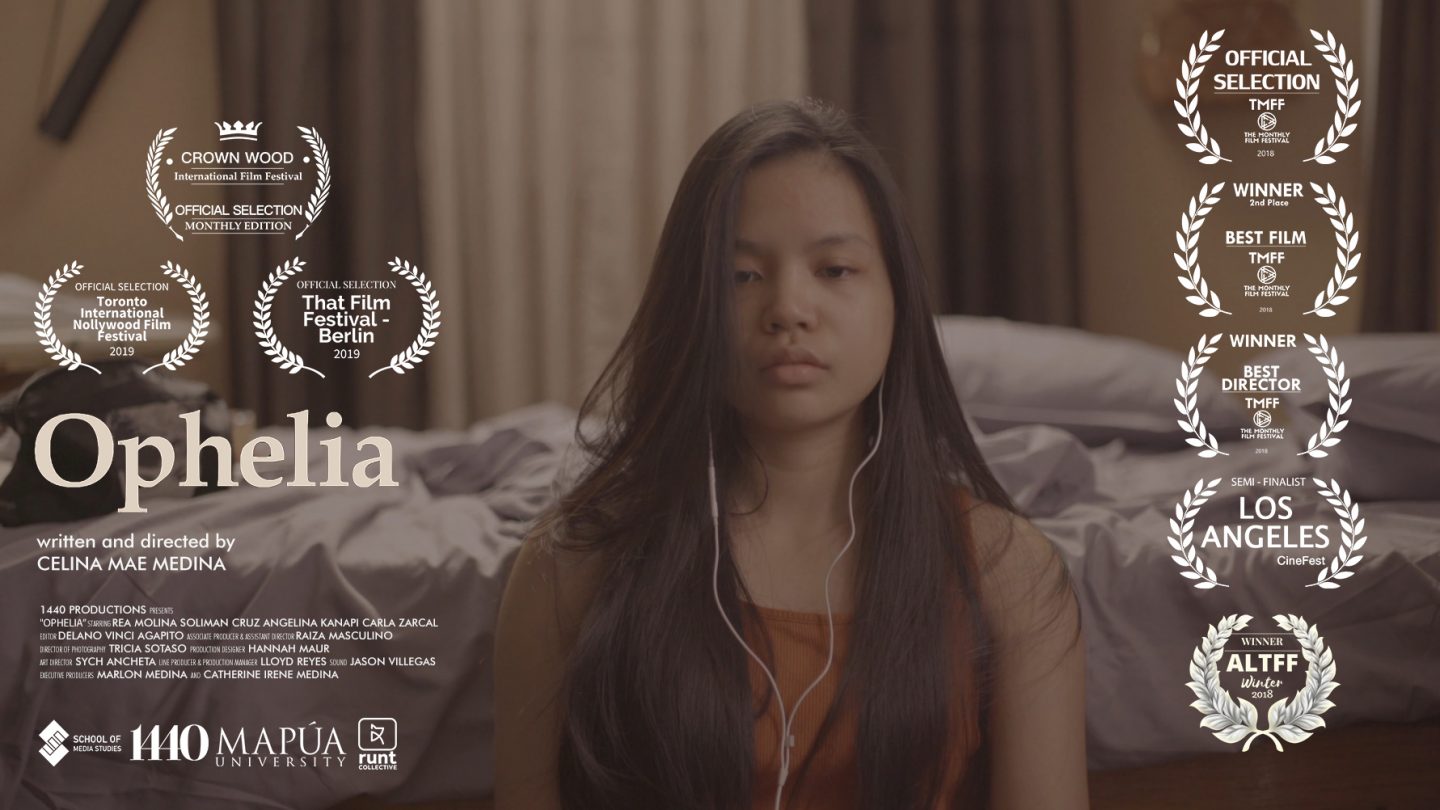 For the research aspect, I transcribed my personal encounters with mental health. I also looked at people dealing with mental health issues. Although I grew up watching many films about suicide, mental health, and depression, I did further research and watched more films about the subject and learned how to identify the dos and don’ts of portraying mental illness. I also had frequent consultations with my thesis and close friends who eventually became my script consultants.

With 40 pages and eight chapters of autoethnography, it was difficult the right story and compressing it into a short film. So, my thesis adviser David Corpuz (director of Cinemalaya Film Kusina) and his colleague Thop Nazareno (director of Kiko Boksingero) advised me to find myself some script doctors. I immediately came forward to my close friends Robert Ricafort and Raiza Masculino. With their guidance, I was able to construct my first draft. After going through a few more revisions, I gathered up my production team 1440 and chose my heads for my departments. 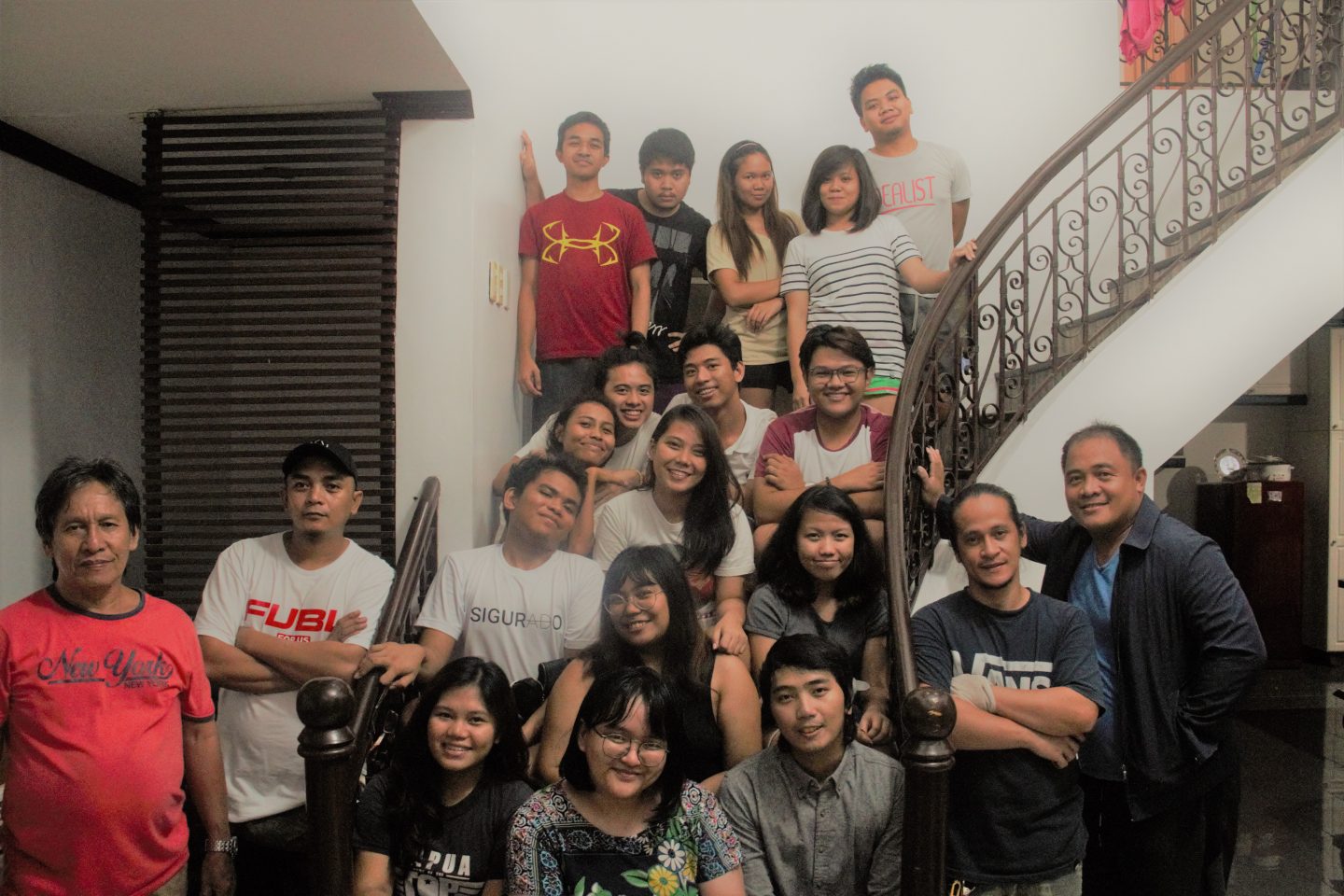 We threw in ideas, constructive arguments, and overall collaboration. I would have never been able to construct “Ophelia” without the people behind me helping me throughout my entire journey.

How challenging was it to tell a story about mental health issues? And how did you veer away from romanticizing the matter, since some mental health-themed films commit that mistake?

It was very challenging because it is a serious topic that has been tackled in triggering, sometimes insensitive, and romanticized ways. I had many doubts and fears during the process of this film. I had constant consultations with both filmmakers and people with mental health issues in order to make sure that I was still on the path that I wish to take. At the end of the day, I still stood my ground to make an honest portrayal of my own personal interpretations and experience.

Can you tell us about how you managed to get into Cannes?

The aim of the Short Film Corner is to connect filmmakers with other professionals who can help in direction, production, broadcasting distribution, and promotion. So, I still took a leap of faith, paid the fee, and passed my film hoping for acceptance to get in.

Why do you think this film needs to reach outside the Philippines?

One of my main goals in “Ophelia” is to create a short film about depression that localizes the portrayal of depression. I noticed how a lot of Filipino filmmakers who tackled depression turn to Western approaches when it comes to the portrayal of the subject. I like to think that in my short film, I was able to highlight our Filipino culture in subtle ways that makes it unique especially in the foreign eye.

I noticed how a lot of Filipino filmmakers who tackled depression turn to Western approaches when it comes to the portrayal of the subject. I like to think that in my short film, I was able to highlight our Filipino culture in subtle ways that makes it unique especially in the foreign eye.

I believe that it’s important to note that this short film just scratches the surface of mental health’s current state in the Philippines. I don’t want to claim that I was to cover everything about mental health in our country in just 15 minutes, but I’d like to believe that I was able give a glimpse and hopefully spark conversation.

For you, what is the current state of mental health in the country?

Although the law for mental health has been approved and we have a running suicide hotline, we still have a long way to go as a country when it comes to handling mental health. I recognize that I come from a middle class family. Although I do not wish to invalidate my own experience as well as my condition, I know that there are many Filipinos who have it worse than me.

We live in a country that perceives seeking psychiatric help as a luxury rather than a necessity, and we cannot blame them due to the lack of accessibility and affordability.

Read also: A Compilation of Mental Health Resources in the Philippines

We live in a country that perceives seeking psychiatric help as a luxury rather than a necessity, and we cannot blame them due to the lack of accessibility and affordability. Yes, I do believe that our generation is now more vocal and knowledgeable about mental health, but we still need to develop sensitivity and end the stigma towards mental health. I also believe that we need to have more practical and hands-on solutions aside from raising awareness. We need to encourage more medical practitioners to pursue psychiatry and psychology. We need to work with the government, and perhaps even private sectors, to develop better mental health facilities. 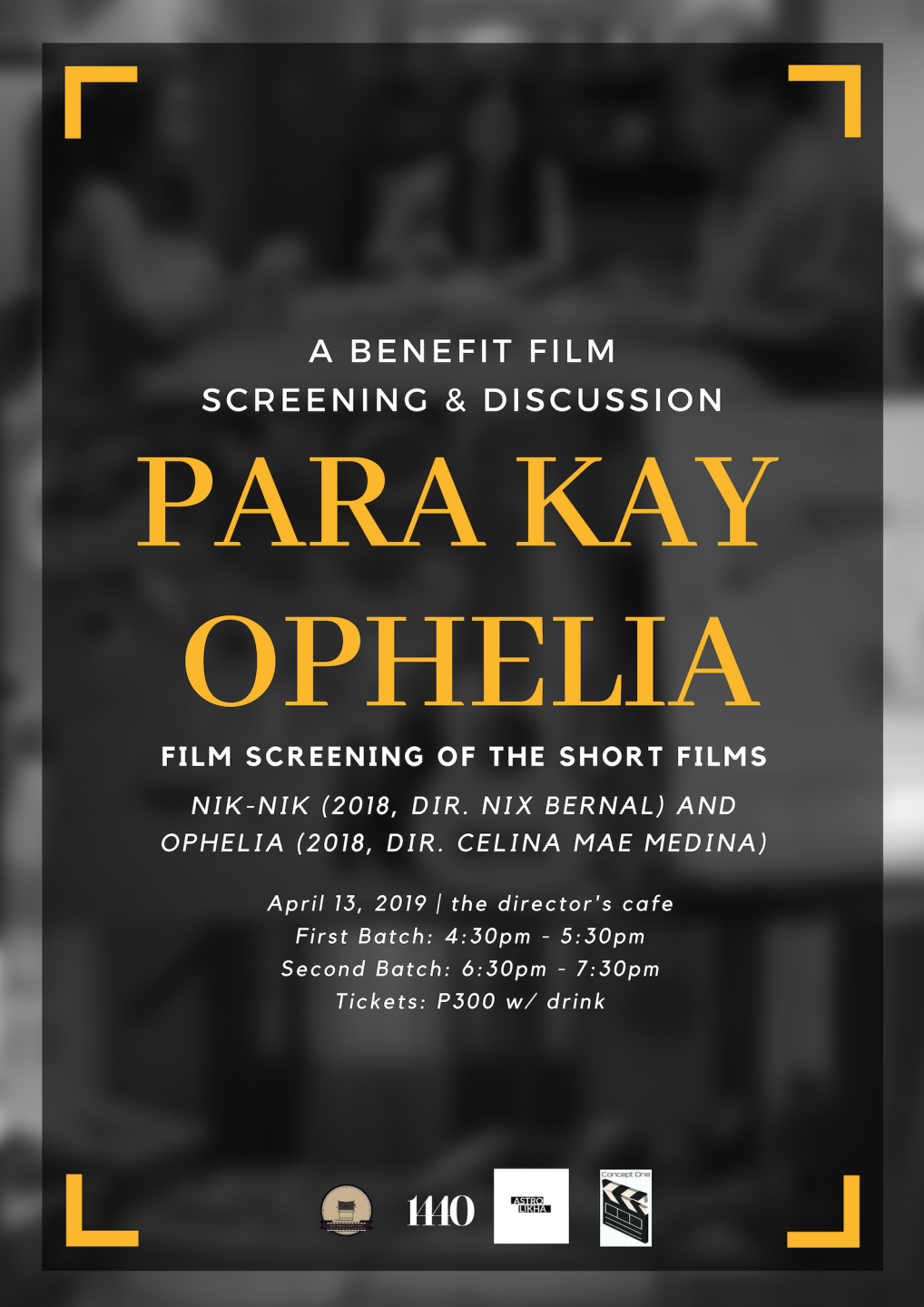 Where can we reach you for donations?

I set a GoGetFunding page for donations. In addition, in partnership with my independent art organization Astrolikha Inc., I am currently organizing a benefit screening and discussion of “Ophelia” on Apr. 13, Saturday, at The Director’s Café in Malate. For P300, you get to watch two award-winning short films and get a free drink. The capacity is limited, but I plan on conducting the screening per batch. If there is more demand for screenings perhaps, I will add more batches. Please check out our Facebook event and follow our page for more updates and details.