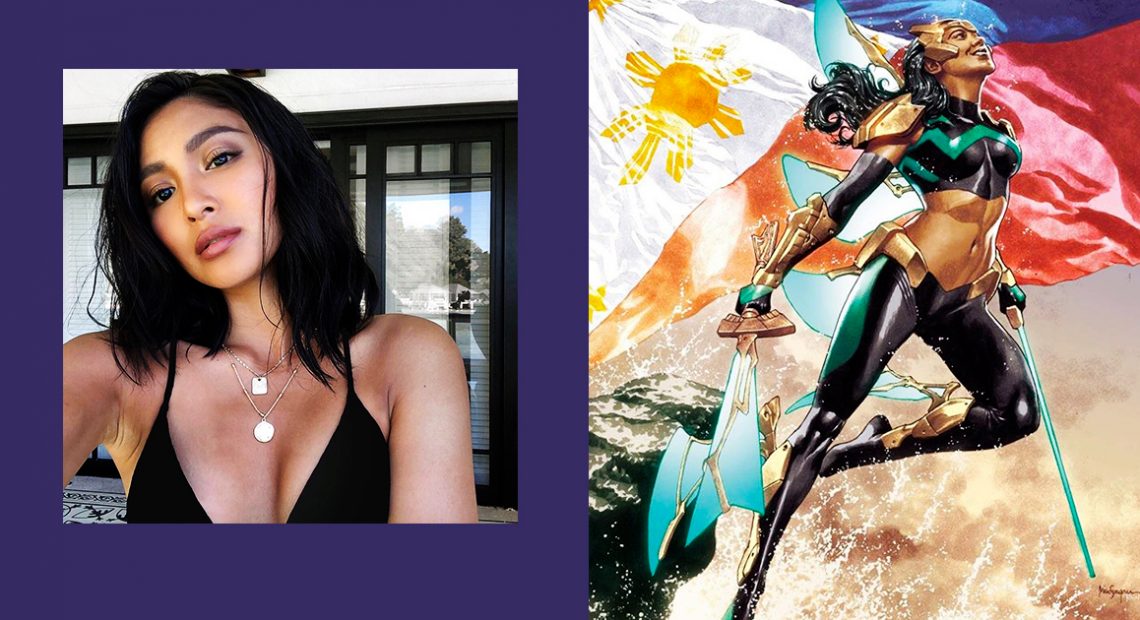 Marvel’s first Filipina superhero just made her comic debut. In the variant cover for War of Realms: New Agents of Atlas, illustrator Mico Suayan reveals he took inspiration from our president’s face—Nadine Lustre.

Local comic book store franchise Comic Odyssey dropped a surprise for Marvel fans. As an exclusive, they’re taking pre-orders for their exclusive cover of War of Realms: New Agents of Atlas. The cover is illustrated by Mico Suayan and Rain Beredo.

On Mico’s Facebook page, he reveals Nadine inspired his rendition of Wave. He also posted a frame-by-frame comparison of his sketch and a photo of Nadine.

Remember when everyone’s scrambling on who can play Wave? Everyone’s flooding our feed with: “Is it Pia?” or  “Okay, it might be Angel?” But come on guys, Nadine can play Wave and we won’t get mad.

Wave is literally just getting started in Marvel NOW, so a film adaptation is very premature at the moment. But Nadine as Wave isn’t half bad. We wouldn’t mind some undiscovered Filipina actors taking the spotlight too.

SHAREEarlier this year in May, the Film Development Council of the Philippines (FDCP)...

“For me it’s about queer love, like love in general, we can all...