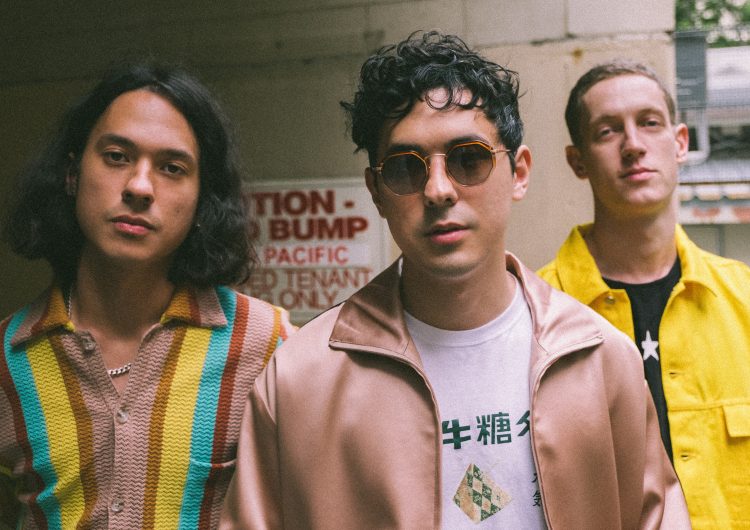 I guess it’s safe to say that finding Brisbane-based band Last Dinosaurs, whether on the internet or onstage, gives off a similar feeling. With three albums within 10 years of existence, Last Dinosaurs is like no other in the indie music scene.

The three-piece rock outfit, composed of Sean Caskey (lead vocals and rhythm guitarist), Lachlan Caskey (lead guitarist), and Michael Sloane (bass guitarist), indeed is an incredibly rare find. Listen to their song for the first time, and you’ll feel the need to ask a stranger if they know who the artist is. They have worn the gems of their evolution up their sleeve, and luckily, they’re staying in the living, breathing spaces of stages. “Last Dinosaurs or Die,” their official site says.

They have seen the music industry evolve. And as they take over Manila’s stage again for The Rest Is Noise’s Summer Noise in May, they are giving us a first-hand experience of their evolution since their last visit in 2014. Before they fly to the Philippines, we talk to frontman Sean Caskey on the concept of change, acknowledging mistakes, and what they look forward to on their next visit. 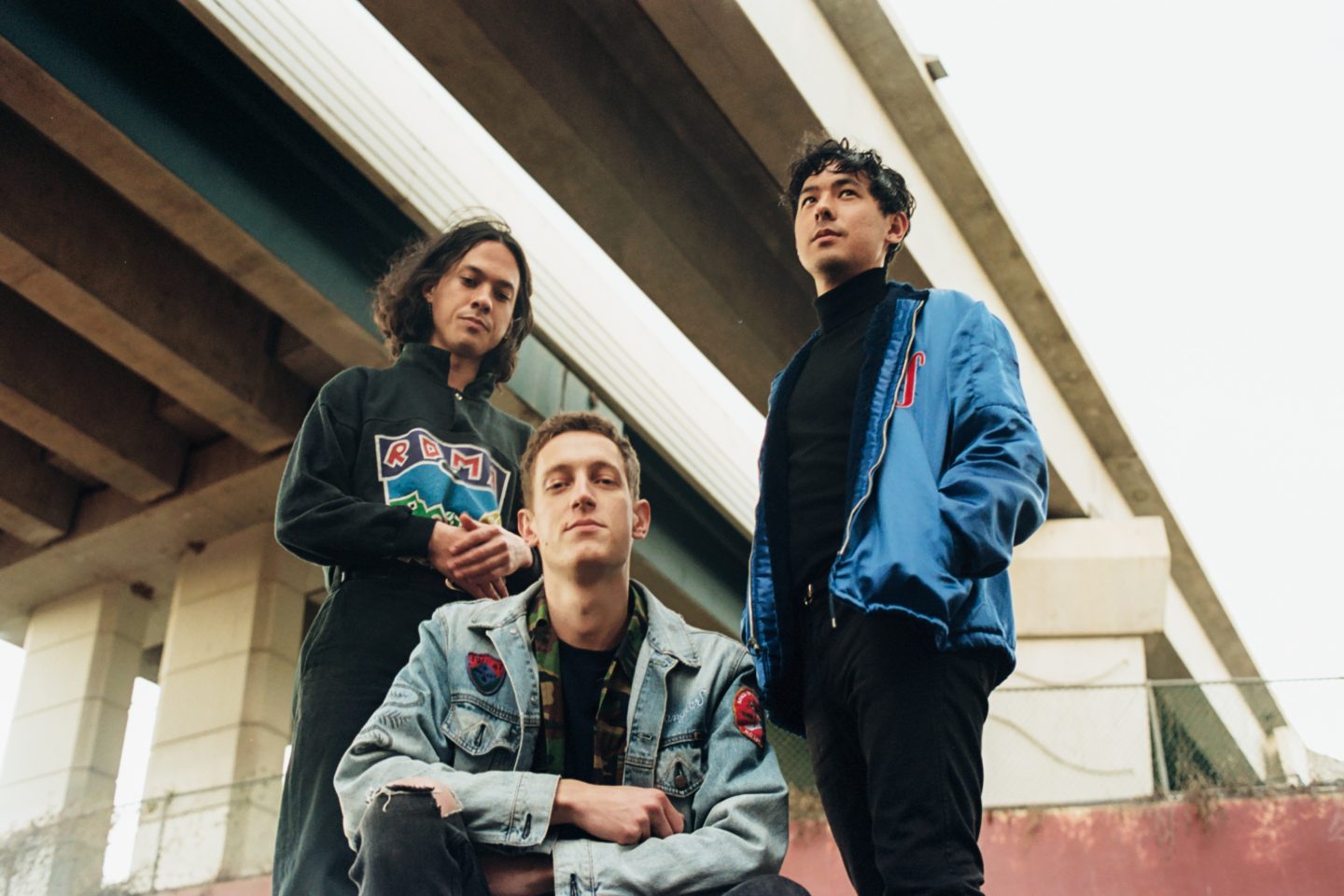 How are you guys right now?
Very good. Thank you.

I know a lot of musicians often say that they want the interpretation of their music to come from its listeners. But deep down inside, do you have this little, vivid goal? Like, a feeling you want your listeners to feel while listening to your music?
I suppose the same feelings I felt when I’d listen to Room on Fire or Is This It [by The Strokes] which is pure melancholy. Bitter sweetness. I hope people can get that out of our music somehow.

How’s the music scene in Australia right now?
Right now, there is a huge wave of Australian garage pop punk that has taken over. There was a bit of a vacuum before, but now people all over the country are really connecting with this ultra Aussie party vibe. It’s nothing revolutionary but is something unique to Australians I think. Our home town Brisbane is alive with so many bands. Lots of people making bands and playing clubs, making EPs and stuff. It’s awesome to see the music culture stay so strong despite the fact that the number of music venues here has been slowly decreasing.

You’re performing in the Philippines in May for Summer Noise this year. What are you looking forward to?
We are looking forward to seeing the faces of all our fans over there again! My favorite and most memorable show was in Manila years ago in a small venue. The crowd was crazy and it was honestly one of the most rewarding shows I’ve ever played. I’m looking forward to feeling like that again!

Do you know any acts from the Philippines?
No Rome. He’s got cool style.

“At the end of the day it’s your own music and it’s up to you to make thing things you’re proud of and happy to show to the world.”

You’ve been in the music scene for almost a decade, and have gone through some changes, like the exiting of a member and of course some change in sound. What is your advice to budding musicians or bands on the reality of change?
Only change on your own accord if you want to. But really, it’s just up to what you want to create. I just make songs that I feel like pumping out. Once I made a country song about a schizophrenic in hospital. Another time I made a house track worshipping an imaginary bass god.

At the end of the day it’s your own music and it’s up to you to make thing things you’re proud of and happy to show to the world.

Your sound has been an evolutionary play on indie rock, synth pop, pop punk, disco, and more. What factors affect your songwriting? Where do you get inspiration for your songs?
The biggest factor for me is what mental state I’m in. I find it very difficult when I’m happy or [I feel] normal. Only when I’m really down does the music flow out of my mind and into my hands when I’m playing the guitar. The music will play in my head instantly and I just have to recite it and figure out how it’s played.

“The biggest factor for me is what mental state I’m in. I find it very difficult when I’m happy or [I feel] normal.”

Read also: Our favorite moments from All of the Noise 2018

The place where I find most of my inspiration is Soundcloud. So much amazing stuff is uploaded there. A lot of under-produced stuff too, which I greatly appreciate. I’m always looking for the super authentic stuff written by weird introspective American kids. Some of their songs just strike a deep chord in me.

Aside from being artists that make music, what would you like your listeners to remember you for?
Being in their top 10 anime superheroes’ list. 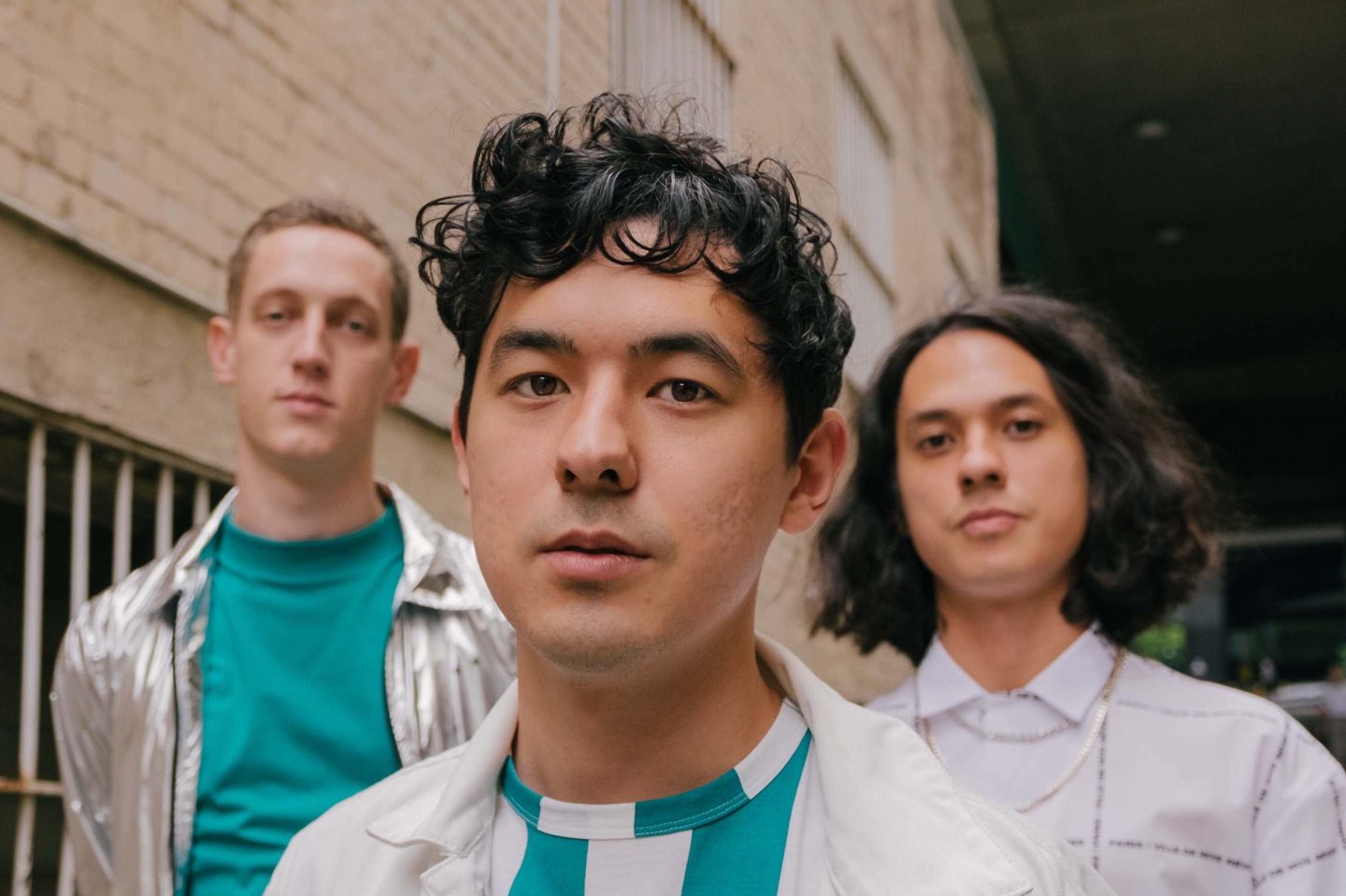 You guys were formed during your high school years. Do you think starting that young is good? What specific experiences can you share with high school bands now?
I didn’t start playing guitar ’til quite late and I have no musical education. I think in a strange way that was my strength when it came to songwriting. Everything was made up, by ear basically listening to my heart in a way. Developing my own way of playing also helped to distinguish Dinos from the other bands especially in Australia.

I see quite a few guys fresh out of high school coming to rehearse at the warehouse where our studios are and I can relate to their excitement about touring and stuff. I still get excited about hitting the road but I remember the first times travelling around the country. It’s always an adventure and you never know what’s going to happen.

“We realized that the music has to come from us only. No external influences. Just our hands, voices, hearts and souls.” 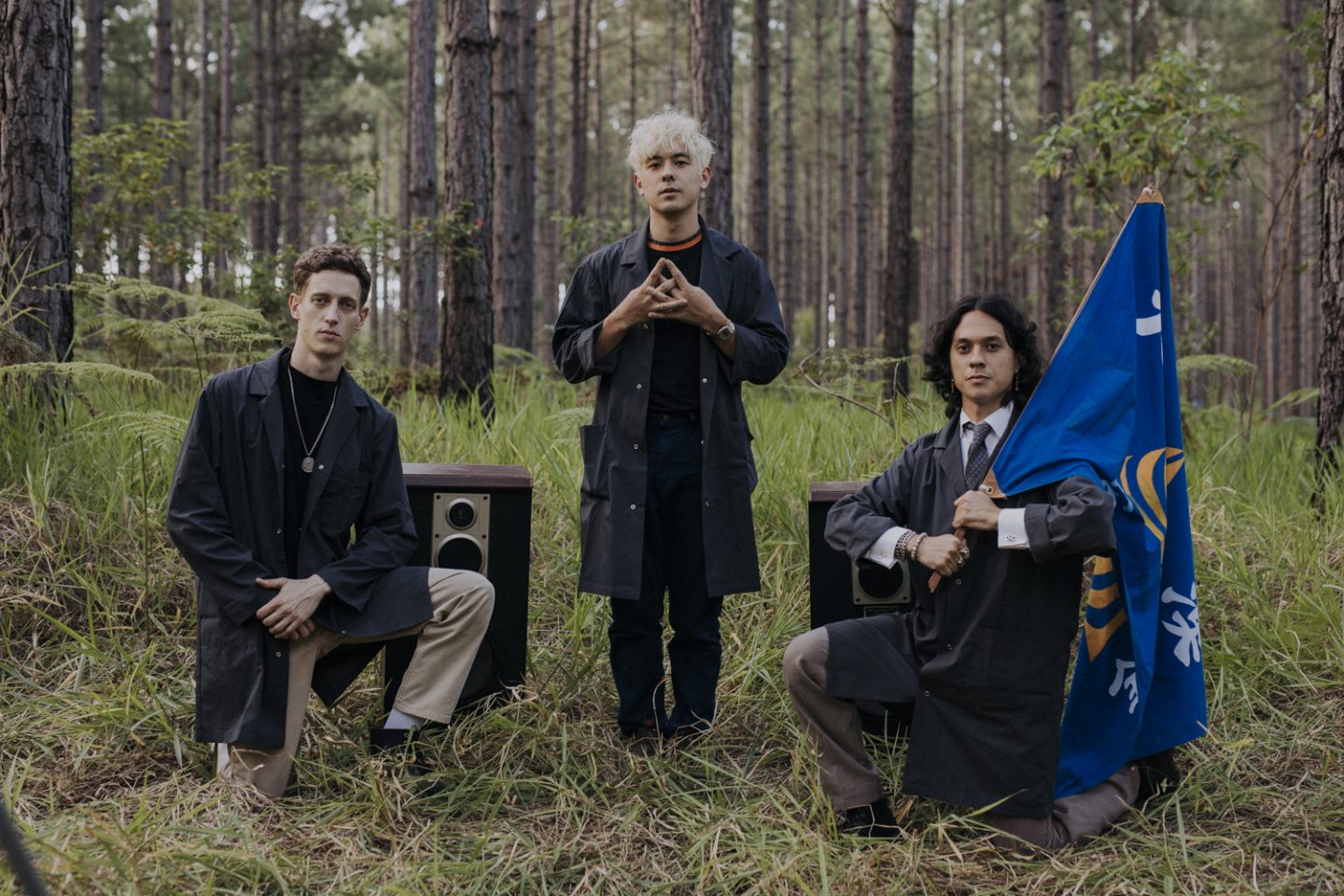 Your three albums, In A Million Years, Wellness, and Yumeno Garden are three years apart from each other. Can you tell how your growth was like in these specific points in your career?
To put it brutally and simply, the first album was totally us. Second was still us, but we didn’t know what we wanted and felt a bit misguided. Third album is the point when we figured out exactly how we wanted to sound and what we wanted to say. The DIY philosophy was solidified when we started crafting it. We realized that the music has to come from us only. No external influences. Just our hands, voices, hearts and souls.

Is it true that your single “Eleven” is inspired by Stranger Things? And can you tell us more about the concept for its music video? It’s pretty random and odd but fun to watch.
Yeah, the music came out really quickly after watching Stranger Things twice and suffering from withdrawals. The lingering emotion I felt from watching that show turned into an angsty song. The video however was inspired by the DIY look of  [Yumeno] Garden. We figured the whole album we created was DIY so why not make the video like that too. It was so much fun making that video. It was just us and a camera walking around making up shots. Also, Ferrari helped. The Punk Juice was an idea we took from Cowboy Bebop, which is a Japanese cartoon about an intergalactic bounty hunter. Red Eye is the drug sprayed in to the eyes to make you super strong and crazy. So naturally, punk juice makes you act like a crazy punk (laughs).

If you can spend a night with certain musicians to either make music with or just talk to, who will you choose?
Oh man, that’s a tough one to decide! I’ll say what I always say; Panda Bear. He’s my favorite artist and mysteriously genius. But so is Brian Wilson of the Beach Boys (laughs). I love them both. If I were to choose a band though, it’d have to be Mr Twin Sister. They have always been an inspiration to me and I’d love to work with them.

SHAREWe’ve all had our fair share of memories with Bob Ong’s work. We...