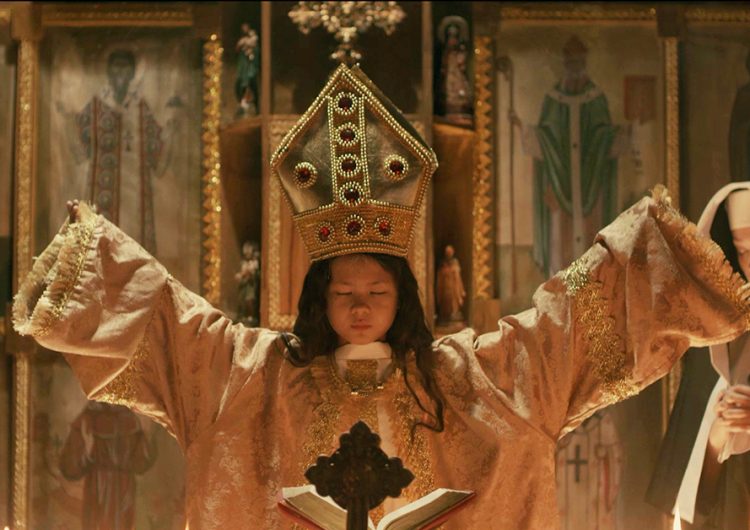 It’s an interesting time for the horror genre right now.

Back then, jumpscares like The Ring or The Grudge defined the genre. Now, horror can be social commentaries. Jordan Peele’s Get Out pushed conversations on racial tensions, while Erik Matti’s Seklusyon questions the Church in a predominantly Christian country.

Horror is currently experiencing a renaissance. This month, the UPFI Film Center is celebrating that with a horror marathon.

Catch films like Erik Matti’s Seklusyon and Kuwaresma, Richard Somes’ Corazon: Ang Unang Aswang, and of course, Ari Aster’s Hereditary without making your wallet cry. If you’re unsure on what these haunts are about, let us orient you.

Back in 1947, aspiring priests went to a remote convent, shielding themselves from the outside world’s evils. Their solitude ends when a little girl visits them. During their stay, they question themselves if she’s sent by God or by the Devil.

Set in the ‘80s, this Pinoy gothic horror tells the tale of a college student, who goes back home to mourn his twin sister’s death. His sister’s mysterious death urged him to investigate further, only to uncover more secrets that his family’s hiding.

Bea became the wife of a widower named Paolo. As she enters his strange family, she tries to establish a bond with his daughter, Imee. The story takes a turn when Imee claims she still talks to her deceased mother.

Desperate to conceive a child, Corazon tried everything—even the supernatural. Her efforts became unfruitful when she gave birth to a dead baby. Little did she know, this death will question her faith and sanity, jeopardizing her town’s safety.

Read more: These 5 shows will cure your post-‘Far from Home’ feels

The Graham family encounters a sinister force brutally terrorizing them piece by piece. This all started shortly after the death of a loved one. It’s up to the daughter of the deceased, Annie, to protect what she cherishes the most.

The marathon will run from Jul. 10 ‘till Aug. 2. You can check the schedule here.

SHARERevenge bedtime procrastination helps me cope right now. But of course, it has...

SHAREIt’s Friday, and you know what means. It’s time for another round of...