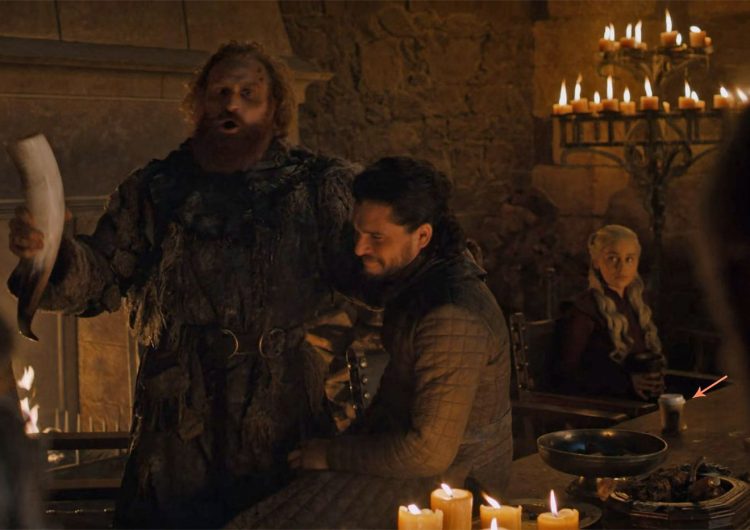 First we get an R&B pop song. Now, we’re getting Starbucks. Is this what Reddit was talking about when it said Game of Thrones had time travel?

Episode 4 of Game of Thrones’ last season aired today, and a fan discovered a little hiccup in a split-second shot: A coffee cup, which people are assuming is Starbucks, is placed quite visibly in the middle of a table in a mess hall scene. If you haven’t watched the episode yet, don’t worry. Plot-wise, the clip is spoiler-free.

my favorite show in the entire world forgot a STARBUCKS COFFEE CUP ON THE TABLE WHILE FILMING pic.twitter.com/60z3pOCfg9

Either this is a huge overlooked mistake, or it’s a very weird product placement slash easter egg. But as a Filipino that has watched one too many product placement-bombarded local films, I’m betting it’s the former.

In defense of the Game of Thrones team, they did just do a 55-night shoot for episode 3. Even we would be chugging coffee for life support.

Photo from The Verge

SHAREGetting that big red dot on your face isn’t exactly cute. Although, it...