Gone are the days of the “pale skinned and bikini clad” Darna. Through the #SigawDarna movement, digital artists paved new possibilities for the iconic character. They made her a queer Isko activist, an arnisadora, an Ifuguan superhero, and our personal favorite, a punk rocker lost in time.

Rob and his friends made the last one a reality through The Ravelos. Inspired by his own #SigawDarna piece, “Anuna” is the band’s first single inspired from lyric videos of Filipino ‘80s punk bands. The track is gritty, loud, and angry—voicing out their frustrations on the current state of the nation. 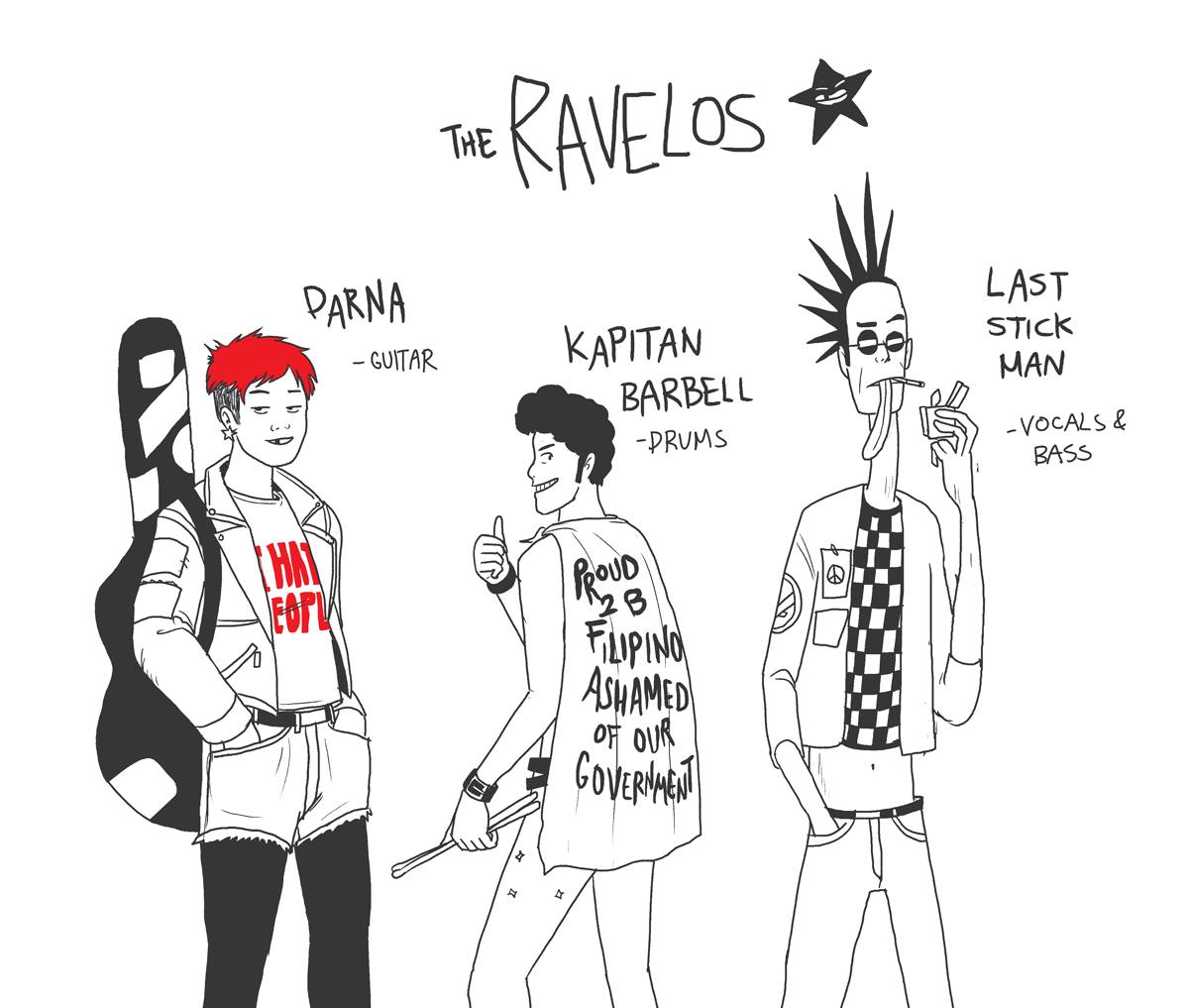 “The Ravelos is a concept band yeah where my friends are playing music and the roles of Flash Bombas, Darna Varga, Last Stick Man and Kapitan Barbel. Story is they are a buncha superheroes who fight crime and rock out,” Rob explains their origin story in his Facebook post.

“Through a wormhole, they got thrown into today. They think the PH as it is now is a dystopic future like days of future past and are trying to go back by raising funds for a time machine. They are trying to come back to their own time and are gonna try and change the present.”

We can expect new tracks and upcoming gigs real soon. Though it’s in the distant future, we can mark Rob’s last words in his post: “We gonna do some fun shit.”

‘Kita Kita’ is getting an Indonesian remake

SHAREAfter bagging the title as the highest-grossing Filipino indie film and earning a...

SHAREThere’s a different kind of exhaustion these days. Even if the pandemic rampaged...

SHAREImagine you were throwing a sleepover with your friends at your place. Because...