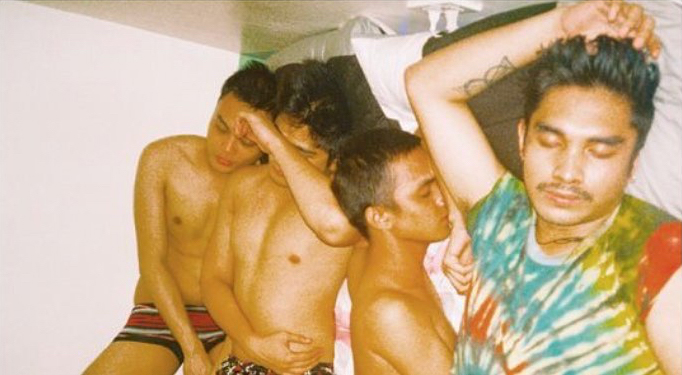 Our resident wunderkid director is going to bring all the feels to Switzerland this August.

Petersen Vargas announced last night that his second film, Some Nights I Feel Like Walking, will be featured in the 2019 Locarno Film Fest’s Open Doors Hub. Locarno is a prestigious festival held in Switzerland annually to celebrate quality art house films, and their Open Doors Hub is dedicated to works from the South and East. Now Petersen is about to become part of the ranks of talented filmmakers who have graced the festival.

The film is about a rich teenager that has a run in with a group of “street hustlers,” says Petersen. More than that, it serves as a portrait of our country. “To walk Manila by night is a revelatory peek into Filipino youth on the fringes of society,” he says in the director’s note. “The act of walking—without direction but with conviction—into the uncertain night and unknowable dark is a means to confront the city and observe its other faces: its filth, undersides, myths.”

Judging from our conversation with Petersen a few months ago, Some Nights will be raunchier, deeper, and more intense than his previous work. “I had this hunger to explore themes of youth and sexuality further, and sort of take those to the next level. So what was the next level, you know?” said the director.

? is out of the bag! my 2nd feature, SOME NIGHTS I FEEL LIKE WALKING, is part of this year’s @filmfestlocarno’s Open Doors Hub ?? this still photograph also brings me back to a years-ago shoot, when the film was still in its very early stages of development.

The film was created under the guidance of the Southeast Asia Fiction Film Lab (SEAFIC). In our previous interview with the director, he talked about how the idea of Some Nights came about. “I was ruminating a lot about my frustrations over my first feature—how I didn’t push it enough in a lot of aspects because of certain limitations,” said Petersen about his first feature film, 2 Cool 2 Be 4gotten.

Now the filmmaker is looking to take it to the next level. “I think, with this next film, I want to capture something that’s deeper than sadness. And I don’t know if I know the word for it yet, but yeah,” he says. Looks like Some Nights is about to ruin us all, and tbh we’re ready to break down.

SHAREGetting that big red dot on your face isn’t exactly cute. Although, it...

SHAREIf there’s a country you’ve yet to tick off your bucket list, chances...