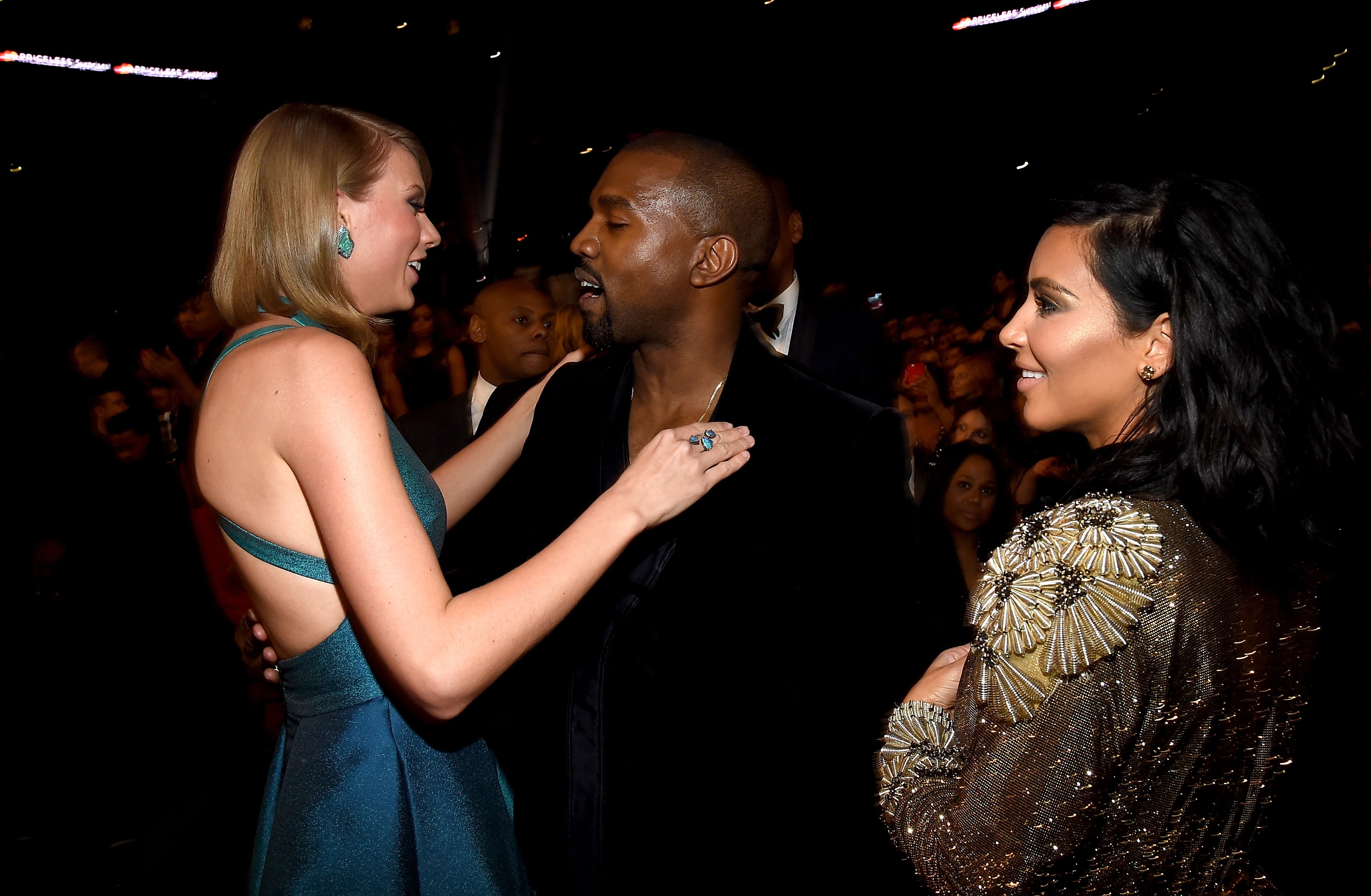 We knew something was up when Kim Kardashian tweeted this awhile ago:

Kim Kardashian finally released the footage of Kanye West having a conversation with Taylor Swift over the phone about Kanye asking permission from Taylor regarding Kanye’s lyrics from his song, “Famous.”

The Taylor Swift and Kanye West beef dates back to the 2009 MTV Music Video Awards, but this particular piece of beef history picks up from Taylor Swift calling out people who “will try to undercut your success” during her Grammy for Album of the Year speech a few days after Kanye released the track for the public. Kim Kardashian on her interview with GQ revealed that she had proof of Taylor Swift’s approval. And her we have it. Happy National Snake Day, Taylor Swift.

Here’s a transcription of the twenty one snaps Kim Kardashian posted on her Snapchat (Kimkardashian), courtesy of the internet:

Snapchat 2
Kanye: For all my south side niggas that know me best… I feel like me and Taylor, might still have sex

Snapchat 3
Taylor: I’m like, this close to over exposure
Kanye: Oh, well this one is uh, this is a really cool thing to have uhh
Taylor: I know! It’s like a compliment kind of

Snapchat 4
Kanye: .. give a fuck about… is just you as a person and as a friend, I want things that you feel good, I don’t wanna do rap that makes you feel bad

Snapchat 5
Taylor: Umm yeah I mean, go with whatever line you think is better. It’s obviously very tongue in cheek either way.

Snapchat 6
Taylor: I really appreciate you telling me about it! That’s really nice.
Kanye: Uh, yeah I just feel like I had a responsibility to you as a friend, I mean

Snapchat 7
Kanye: I mean, thanks for being like so cool about it
Taylor: Aww thanks, I really appreciate it, like the heads up is, that is so nice

Snapchat 8
Taylor: Even asking or seeing if I’m being ok with it, I really appreciate, like I’d never had expected you to tell me about a line your song

Snapchat 11
Taylor: Yeah, I mean, I don’t think anybody would listen to that and think “Oh that’s a real bit, he must be crying”

Snapchat 12
Taylor: You gotta tell the story like the way it happened to you and the way you experienced it, like you honestly didn’t know who I was before that

Snapchat 13
Taylor: It doesn’t matter if I sold seven million off that album before you did that, which is what happened. You didn’t know who I was before that, that’s fine.

Snapchat 14
Taylor: And then you get [inaudible] that to make these things happen, and I have the idea to do it, and I create these things and concepts, it’s like, I’m always gonna respect you

Snapchat 15
Taylor: And I’m really glad that, you had the respect to call me and tell me about the song and…

Snapchat 16
Taylor: …it’s just like, it’s just a really cool thing to do, and a really good show of friendship so thank you
Kanye: Thanks you too.

Snapchat 17
Taylor: If, you know, people ask me about it, it would be great to tell, well he called me and told me before it came out, jokes on you guys, we’re fine.

Snapchat 19
Taylor: …awesome that youre so outspoken, they’re gonna be like “yeah she does, it made her famous.” you know. it’s more provocative to say “might still have sex.”

Snapchat 21
Taylor: It’s not, it’s not, it doesn’t matter to me. There’s not one line in there that hurts my feelings

That moment when Kanye West secretly records your phone call, then Kim posts it on the Internet. pic.twitter.com/4GJqdyykQu

Taylor Swift, just take the L. How can your PR reps deny a call ever happened when we have this?

Meanwhile, here we are, still mad that Taylor Swift stole Album of the Year away from Kendrick Lamar. To Pimp a Butterfly > 1989, yo.

SHAREWere you able to survive the zombie outbreak? It has been four years...

SHAREWe have no room for excuses now. If you did not vote last...

SHARE2020 is hella weird. We’ve become restless avatars on the internet who suddenly...