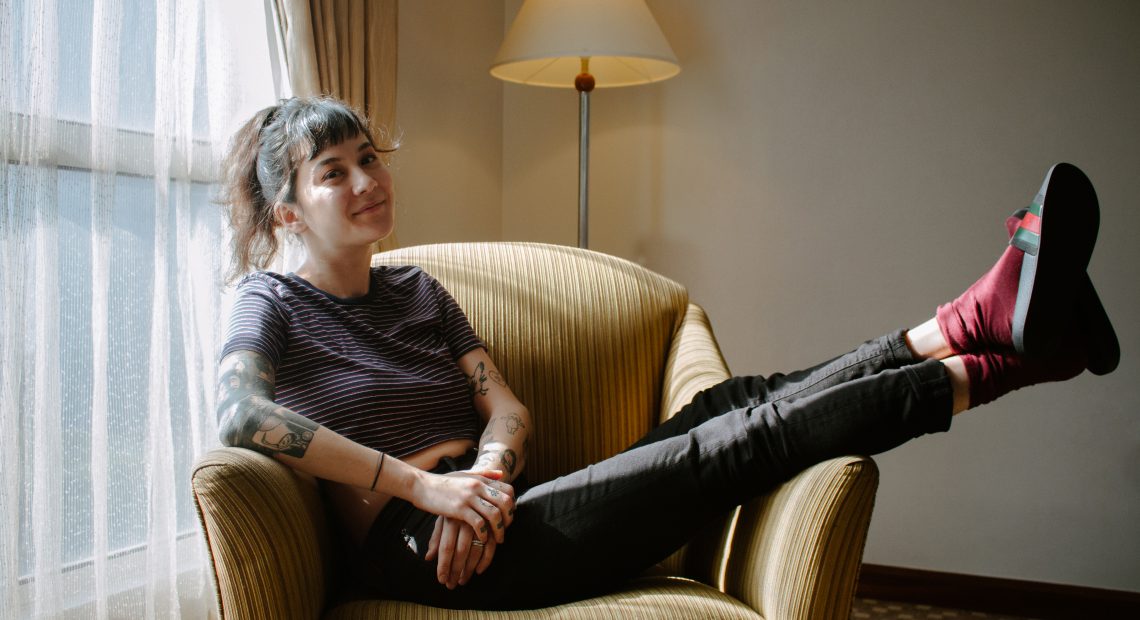 Michelle Zauner is living every Asian kid’s dream. Our personal dream may not be making it as a Korean dream pop musician called Japanese Breakfast. But at one point in our lives, we all chased our passions, until we outgrew them and feared instability instead, just like our parents.

She felt the same fear at 25. And decided to give up music for good.

“You know, it wasn’t working. And no one cared,” she recalls of this point in her life. “I was losing a lot of money. I got stuck in working restaurant jobs, getting fired, and going back. When my mom got sick, I was like; ‘I’m 25 years old and it’s not working for me.’ You know, it’s time to move on.”

After 10 years of pouring her soul into music, the bands she joined, the DIY tours, and spending nights either on floors or makeshift studios in bedrooms, it hit her that Asian parents may be right. Maybe being a creative isn’t the best life decision. “When I wrote Psychopomp, I was like, this is the last one. I don’t care who hears it. It’s just for me. And when I put it out, I’ll just do a normal job.”

Michelle, now in her 30s, is currently touring Asia with her band. We met in Manila before her set in Summer Noise 2019. It’s been five years since she almost gave up music for a permanent nine-to-five desk job. Along the way, her mother lost the battle to cancer, Michelle found catharsis and success through Psychopomp, and it got her a loyal fanbase that is now anticipating her third album.

In my head, she’s the epitome of creative success. Michelle, with Japanese Breakfast, is simply a multi-talented creative.

Michelle has clearly made it. But as a fan, I only know so much about her. My context of her life lies in the art she creates and what she discloses in interviews. I didn’t know about her failures before she went “Jimmy Fallon Big!” Or in her case, write a song of the same name.

I can’t help but get nervous around her. In my head, she’s the epitome of creative success. Michelle, with Japanese Breakfast, is simply a multi-talented creative. She self-directed some of her music videos, penned powerful personal essays, and croons about her inner turmoil through synths and carefully crafted guitar licks.

All I wanted to say before we met was: I want to be you when I grow up.

Of course, I didn’t say that. We were both strangers to each other. But one hot afternoon, hours before her first performance in my city, it didn’t seem that way. “I like to connect with people immediately. I get really frustrated when people are shy or closed off a little bit, even though there’s a lot of people like that. I like immediacy.” 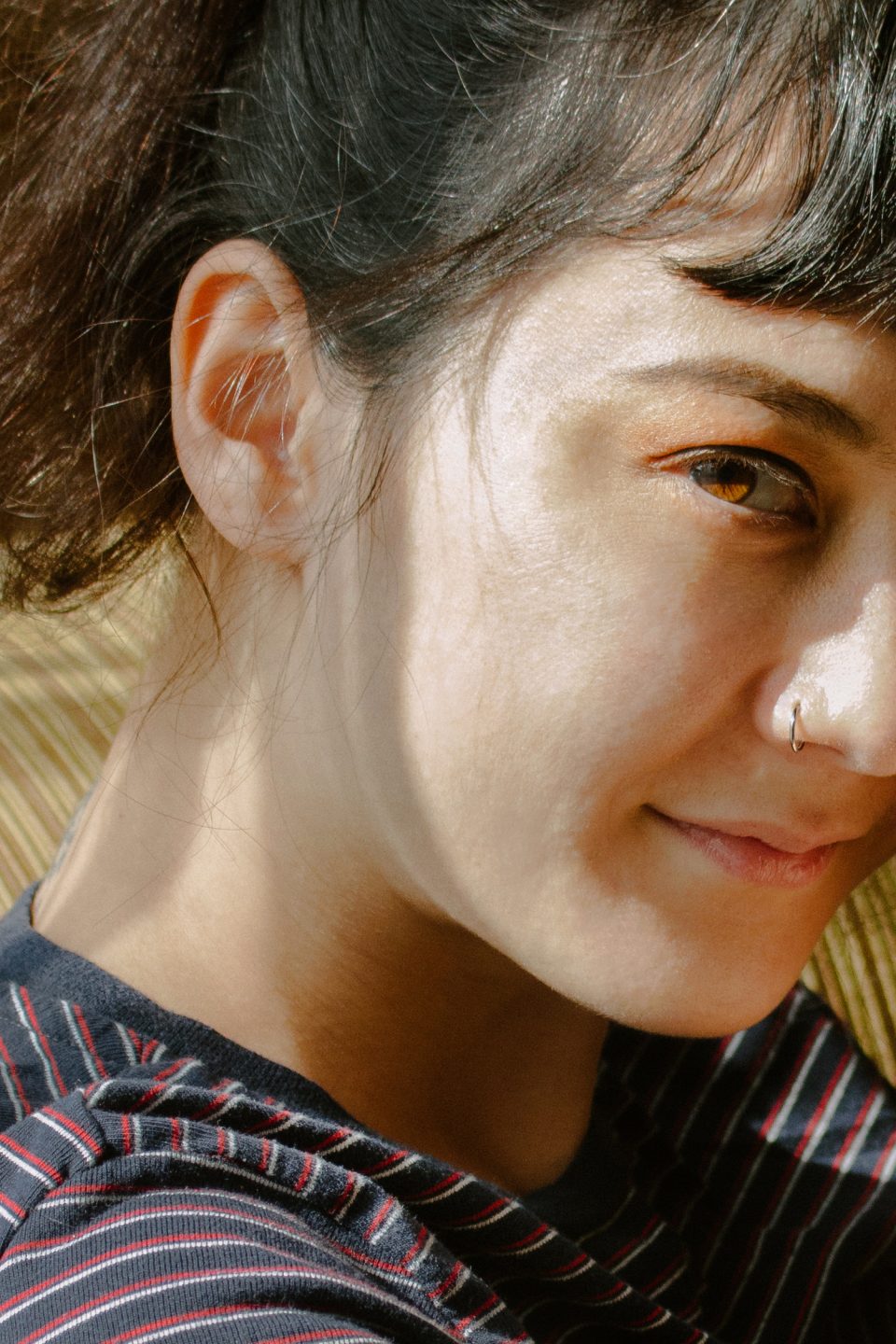 Being an open book became integral to her art. In music and writing, she believes “music means more” if it comes from a real, vulnerable place. That’s the origin of Japanese Breakfast, after all.

Japanese Breakfast’s origin story started from a rough place in her life. More specifically, it started during her brief career in advertising. “I worked at an advertising job for a year. I think I needed to work that job, in a lot of ways, just because I needed to know how miserable I was,” she tells us. “At the end of the year, Psychopomp came out and just like, blew up.” And blew up it did.

Serendipitous is how she described the boom of her career. After the ad agency she worked with laid her off, the artist also known as Mitski invited her to go on tour with her. Everything felt like it was all falling into place.

“When my mom got sick, I was like; ‘I’m twenty-five years old and [music] is not working for me.’ You know, it’s time to move on.”

But she doesn’t thank a higher being for her success. Instead, she thanks her late Korean mother.

“I’m not a religious person or anything, but it really feels like my mom planned it. She’s like: ‘try working a nine-to-five,’ then she saw how miserable I was, and pulled me out of there,” she says. It’s safe to say that to love Japanese Breakfast is to love Michelle’s mother.

Her mother is the heart of most of her work. In Psychopomp, people can hear her mother through small sound bites interlaced in some tracks. And in writing, like her upcoming memoir Crying in H Mart, she talks about grief and how losing her mother fractured her identity. This relationship is intimate, personal, and is dissected out in the open.

The topic of her mother comes up a lot during interviews or meet and greets. People often approach her about it with candor. Although sometimes, they can be callous about her vulnerability. “They’ll be like, ‘So when are you not gonna write about your mom anymore? Do you feel with this next record that you’re, like, over it?’ Sometimes, that’s really annoying.” 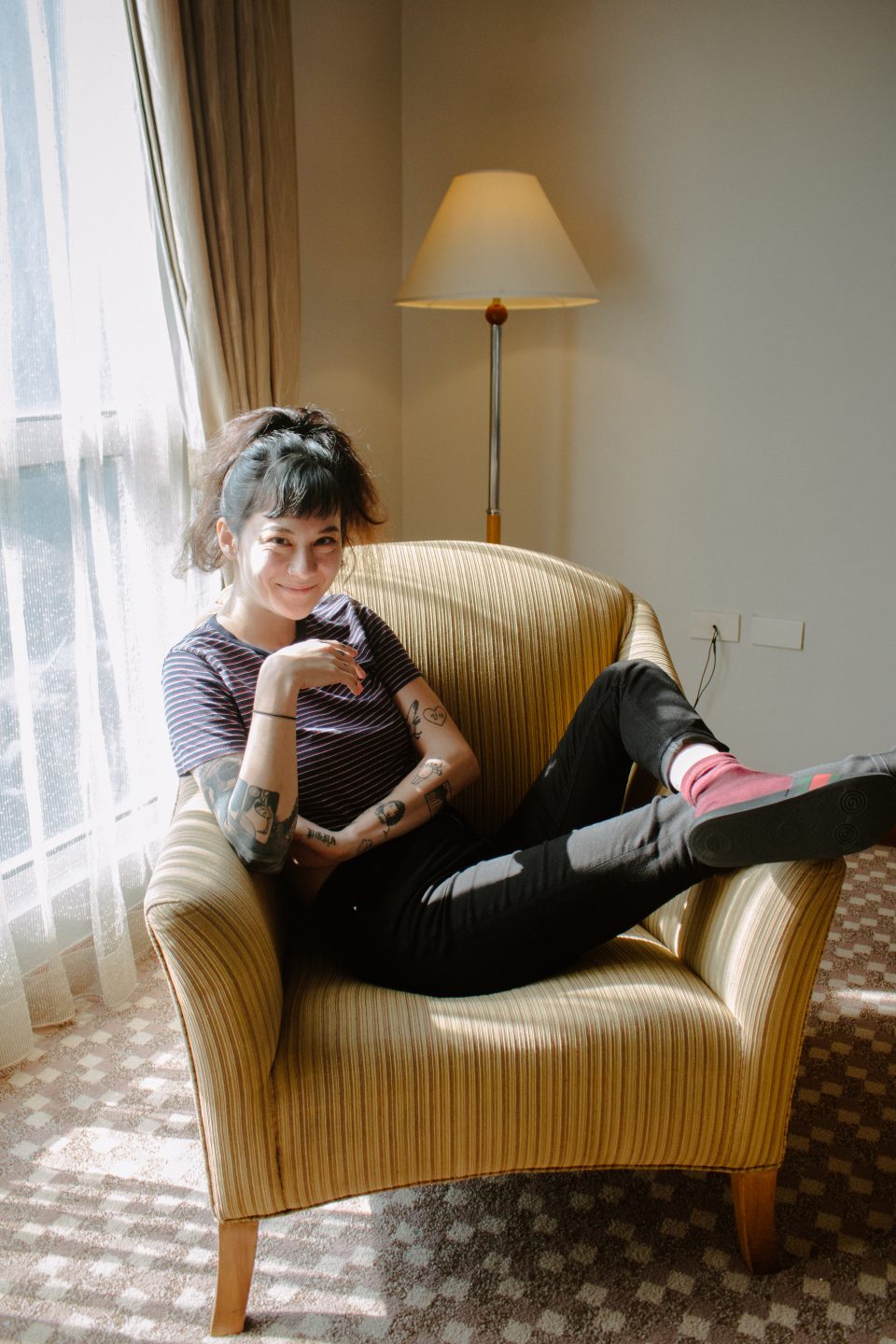 She’s open enough to talk to others about her mother; friends, fans, and strangers alike. But I can’t help but ask—isn’t it emotionally exhausting? “It can be challenging. But for the most part, it’s honestly kind of therapeutic to have a bunch of strangers talking to you about your feelings. You know what I mean?” As a stranger she just met, I can say yes.

Is it like therapy? “Yeah! It’s like my therapy,” she laughs. “Therapy to further my career. [laughs] Multitasking.”

Japanese Breakfast is more than her personal grief. It won’t always be about melancholy like Psychopomp or identity like Soft Sounds from Another Planet. “I think that’s not what people want from Japanese Breakfast. I feel very comfortable and thrive in very personal material and that’s probably what I’ll make,” she admits why a third JBrekkie album will take a while. “The third album has been sort of hard for me because like I’m in a really great place in my life right now, so I’m not sure where to draw that kind of real emotion from.”

Right now, she hopes to write a record that “isn’t about grief or isn’t sad,” for her third record or any future record. “I don’t know if I can, but I would love for the third record to be like, a jubilant bop. I hope that’s the direction it’s gonna take.”

We don’t know what can happen in months or years time. She might stick to her word and make the third full studio release an unskippable bop, probably Crying in H Mart will hit the shelves before we can hear it, or maybe we’ll hear it first. Who knows? Life takes strange turns. And Michelle knows it more than her fans ever will.

“I’ve gotten to a great place where I kind of have surpassed anywhere that I thought what I’d even be.”

“This is like all I wanted,” she says to me, after reflecting and venting on her long, strange journey to where she is right now in her life. I wouldn’t lie. I romanticized her success as an Asian woman in America’s unforgiving music industry. After all, I’m a fan.

Fans like me put our idols on a pedestal. We sometimes forget the journey, the awful before the great, the grind before the celebration.

Meeting her was great. But talking to a fellow creative, on fear and learning how to fail, was everything for me. Before I left, I asked her if her younger self would be happy to see where she is now. “I’ve gotten to a great place where I kind of have surpassed anywhere that I thought what I’d even be,” she laughs. “It’s great. I hope I don’t lose it.”

I wish I could say the same years from now. No, I don’t want to be exactly like her. But I want to be as mature, as contented, and as happy. Truly, genuinely, happy doing what I love in life.

With topics ranging from the curse of “My Way” to the Manila Film...