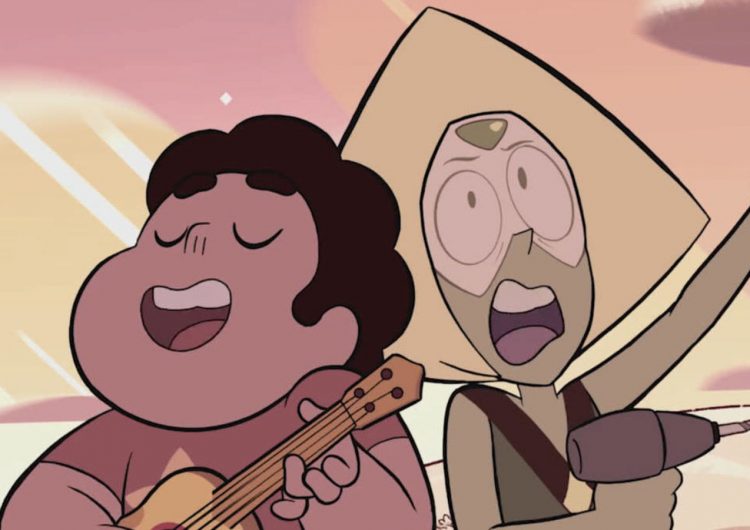 Get up from your nap, Steven Universe fans! Just when we thought things couldn’t get more exciting, we found out that our favorite multilayered magical series Steven Universe will be a musical film. The new teaser already says so.

Steven Universe The Movie will be following the adventures of Steven, Garnet, Amethyst, and Pearl in their battle against a villain, who has piqued our interest since the first teaser. With their versatile characters and interesting powers, it’s the superhero movie everyone deserves to see, tbh.

Well, we haven’t gotten some new footage from this latest teaser but I think we got a better catch. Since it’s going to be a musical, are you wondering who the lucky artists are? The teaser reveals the film will have new songs by Rebecca Sugar in collaboration with Emmy, Grammy, and Tony winners including Chance The Rapper, Estelle, Aimee Man, and more.

Hey Cartoon Network, when are you releasing the official trailer? The details make it hard to be patient; we’d get the trailer out of Steven’s bellybutton if we could.

SHARECalling all creatives: Find your creative edge in this year’s Scout Creative Talks!...

“I will briefly summarize the plot of Back to the Future II for...