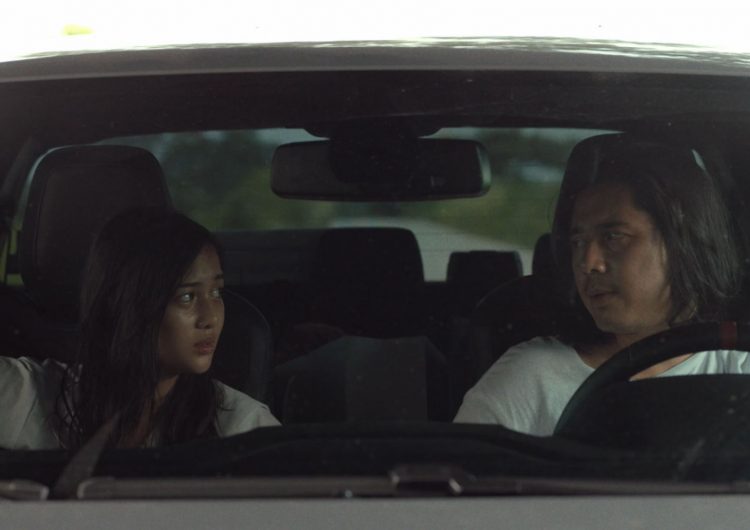 “May 13, 1988. Taurus,” Jane (Charlie Dizon) tells Paulo Avelino (Paulo Avelino) after their pick-up truck encounter in ‘Fan Girl,’ To test her “number one fan” knowledge about him, he continues throwing her questions, including his dogs’ names.

With a “never meet your heroes” ethos, Antoinette Jadaone’s newest film revolves around Jane, Paulo’s full-time stan, and her misadventures when she meets him away from the cameras. In its newest trailer for the Metro Manila Film Festival, Jane’s ultimate stan card is validated AF—and Jadaone made sure Charlie was hella immersed.

(We really had a different process in the making of this film. We really took our time, because Charlie is a new actor.)

(We had to make sure she was prepared for the scenes. I also told Charlie to change her phone wallpaper into Paulo’s photo. So she understands that she’s a fan of his, and not Charlie Dizon.”)

(On set, we call Charlie by her real name: April. We don’t want her to think she’s a celebrity while filming. She needs to know she’s a fan.)

(Only Paulo has a tent. Meanwhile, April sits with us. We did everything to immerse her in her character. She also had to get food on her  own. Because if you’re a celebrity, it gets served to you.)

(As part of my workshop, my acting coach made me listen to a song said to embody the emotions of the fan girl.)

(We play the song whenever I prepare or there’s a scene applicable for that song. Actually, there were two songs. ‘Bad Guy by Billie Eilish and ‘Shady Girl’ by Sistar.)

(Paulo also plays a song I can’t forget. There was a heavy scene and when it was played, I started crying so hard.)

As a Paulo Avelino stan in the film, Charlie also plunged into the actor’s filmography to thicken her portrayal.

(You’re a great actor. You cry so well. You’re great at romance. You’re a good kisser.)

If you can’t hold your emotions like the rest of us, you can now book your tickets for “Fan Girl” starting today, Dec. 7 via Upstream.

Can this year’s MMFF lineup possibly be MMFF 2.0?