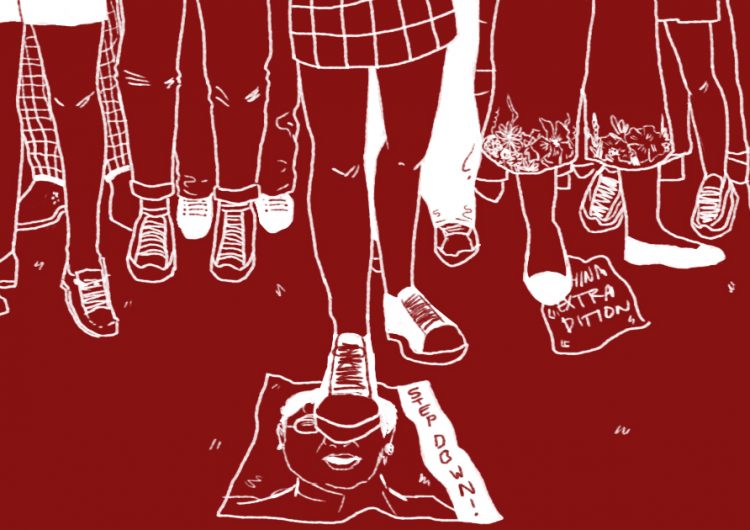 ICYMI, the world is in a pretty bad shape. Far beyond our own (relatively) safe and sound bubbles, there are unprotected innocent individuals with guns pointed to their heads even just for looking suspicious. There are men, women, and children who are being treated like cattle for wanting a better life. Their stories need to be heard.

As residents of this planet who have an internet connection (yes, that’s a privilege), we have the power to know what’s happening on the other side of the world. More importantly, we have the power to bring attention to the humanitarian crises happening right under our noses. The very least we can do is educate ourselves. A fair warning though: These will be uncomfortable to read, but they’re stories we need to hear—for the sake of the people living it.

The civil war in Sudan

Sudan, we’re thinking of you. The internet shutdown cannot keep our solidarity out. pic.twitter.com/GOzwXiIkSL

In the middle of Central Africa, internet access is shut down across Sudan. Why? To keep the Sudanese people’s mouths shut. Following Omar al-Bashir’s ousting and the end of his 30-year rule, the Republic of Sudan has been living under a transitional military government. Protesters, who are calling for democracy, are being killed in cold blood on the streets because the military government refuses to fulfill the population’s clamor for a civilian government. With the death toll reaching over a hundred according to protesters, it’s already being labeled a massacre. Recently, negotiations have been attempted with mediation from Ethiopian envoys, but there’s still no news on when the talks will resume. Right now, we need to let the Sudan government know that even if the internet is down, we are watching.

The refugee crisis of Syria

You might remember the Syrian crisis of 2011. That was when the civil war got so bad that civilians had to evacuate the country, with tens of millions becoming homeless and nationless in an instant. Hundreds of thousands of Syrians weren’t even able to make it out alive. It’s been dubbed the largest humanitarian crisis in history, with Syrians still feeling the effects—and a horrible possibility that the worst has yet to come—eight years after. Many refugees still can’t return to their country. Since April, the attacks of the Syrian autocracy have been escalating again with sightings of multiple air strikes happening in a day. We need to let Syrians know that they have not been forgotten.

The crackdown on protesters in Honduras

At least 2 people were killed in Honduras during anti-government protests over reforms that critics say will privatize the health and education sectors.

President Hernandez deployed the military to crack down on protesters. pic.twitter.com/1fkiki8jMY

Honduras is on fire, says journalists covering the escalating protests in Honduras. Honduran activists have been calling out their government’s corruption and the increasing privatization of necessities like power, education, and health services. Their current president Juan Orlando Hernandez is enjoying his second consequent term after a mysterious Supreme Court decision to disregard a constitutional law that prevented government officials from running for the same position twice. Now, he’s living life in a heavily guarded mansion while protesters are being shot dead on the streets. There isn’t much coverage of the issue in English, but you need to know that we’re still paying attention, President JOH.

You’ve probably seen the news about the Hong Kong protests all over social media. The rallies, which were reportedly joined by over a million locals, was in opposition of the proposed extradition bill that would allow fugitives to be turned over to mainland China or any other country without a formal agreement with Hong Kong. This can be a dangerous law if abused because it will allow anyone to possibly be seized and thrown to another country soon as they step foot inside HK. (Read: It’s a menacing law for activists.) The mass protests have since resulted in the bill’s suspension, showing that people power is real and that we can learn a thing or two million from the people of Hong Kong.

So what can we Juans and Juanas on the other side of the world do about it? We can talk about it. We can make noise online; tweet world leaders and relevant people in power. The more we prove that we’re watching their every move, the more they can’t ignore the issue. We can instigate change.

Of course, the problems of the world can’t be solved by any one person. A tweet won’t magically feed a starving kid or provide a bullet-proof vest to a civilian. It can, however, contribute to a ripple effect. “A government should be afraid of its people,” says V in V for Vendetta, and the masked man’s got a point. Every right, every manifestation of freedom we have was won through revolt. In the digital age, we can join the causes of people thousands of miles away through a single post. Create enough noise, and the people in power will have to pay attention.

If you also have some resources to spare,  donate to organizations working on bringing these people relief and letting the world know that this is happening. There is Save The Children, a non-profit organization that has been helping Sudanese and Honduran youths since the ‘80s. There’s also the White Helmets, a dedicated group of volunteers who risk their lives to rescue Syrians and document the terrorism happening in Syria. The World Food Programme is also accepting donations to feed the people of Sudan, Syria, and other war-torn and poverty-stricken countries. Volunteers and journalists are risking their lives to help these people, and we can help them by providing better equipment and more supplies to keep doing what they’re doing. Skip the fancy drinks for a while and send your milk tea funds to a worthy cause instead.

Read more: The kids are alright, and they’re not going down without a fight

While the people experience terrorism and fight for their lives every day, we can have their backs online. Let’s follow in the footsteps of two million people who rallied in the streets of Hong Kong. Let the internet be our streets, and let our tweets be our placards.

SHAREAre pageants feminist or sexist? Well, the verdict on that is a half...