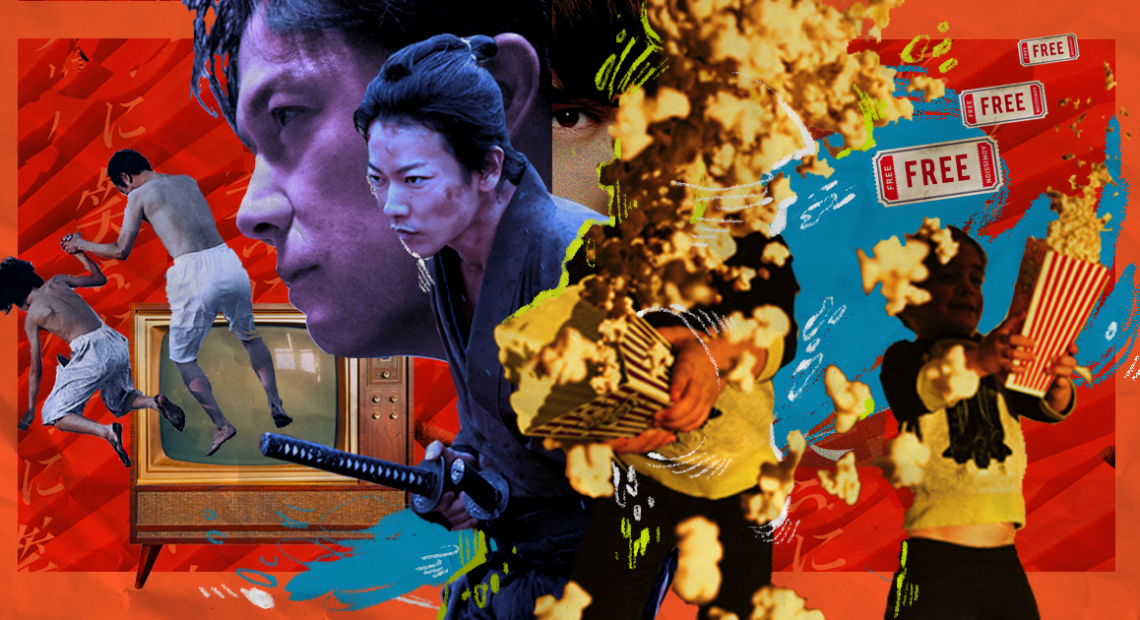 In honor of Philippine-Japan Friendship Month, The Japan Foundation celebrates Eigasai’s 22nd edition nationwide from Jul. 3 to Aug. 25 where you can 17 full-length films in seven participating cities: Metro Manila, Tacloban, Naga, Bacolod, Davao, Pangasinan and Cebu. It’s a big celebration of Japanese cinema. Plus, it’s free (except for the films screening in Shangrila Plaza).

Eigasai plans to show familiar and future film faves, with genres ranging from anime, romance, and comedy to mystery, action/adventure, and horror. So if you’re indecisive, don’t worry—you have choices. Here’s a handy guide you can bookmark.

Set in the Edo Period, the Annaka lord’s Katsuaki Itakura decided to train samurais through a running excursion along a mountain road. The training went South when the shogunate mistook it as treason. It’s up to one disciple of Itakura, the only man who knows the impending crisis, to stop the plan.

Hisashi and Mai plan to get married in three months’ time. But when Mai lapsed into a coma, the wedding bells might not ring anytime soon.

Gambling rules everything in the elite institution of Hyakkaou Private Academy. It controls the academy’s hierarchy, and the student council is the epicenter. When the compulsive gambler Yumeko Jabami entered Hyakkaou, she got stuck in between the school’s most intense gambling battles—a shot to win a position as one of Hyakkaou’s student body representatives.

The youngest member of a group of thieves gets kidnapped. In order to save him, these petty thieves banded together to get him back—proving family isn’t by blood alone.

In Japan’s new Meiji government, three young guardians of Komui Shrine stand up against the rise of Orrochi, a legendary gigantic snake that will bring harm to Japan.

This bittersweet slice-of-life starts with a death. When a divorced private detective lost his father, he decides to solve two problems: finding the money for child support and reconnecting his family.

In this courtroom drama, an attorney must defend a suspect of a murder-robbery. The suspect’s chances of winning this 30-year-old case look low. But as the attorney digs deeper into the case, he comes to realize the suspect isn’t as guilty as he claims to be.

A table tennis prodigy returns to her hometown with a broken heart. In order to get revenge on her ex and save her mother’s table tennis club, she takes part in a mixed doubles tournament.

In this zombie comedy film, a hack director and film crew decide to shoot a low-budget zombie film in an abandoned WWII Japanese facility. The shoot starts to go south when real zombies start attacking the set.

Michiko Oshitani was strangled to death in her Tokyo apartment. During the murder investigation, her apartment owner vanished as well. It’s up to detective Matsumiya to solve a seemingly cold yet mysterious murder case.

An interior designer crossed paths with her first love once again. But, she learns that he has became paralyzed from the waist down. This doesn’t stop her from falling all over again.

Set in the ‘70s, Yong-Gil ran a small yakiniku restaurant in the Kansai region. It’s the center of this heartwarming Japanese family drama, which deals with family values while facing what it means to be Korean-Japanese in Japan.

Since they have no access to clean drinking water, thousands in the village of Pandan are dying, which is why a bunch of college students decided to start building a pipeline to help them. A girl named Asuka volunteers, but once she arrives in the village, she quickly realizes she isn’t going to get the warm welcome she’d hoped for.

From animator Masaaki Yuasa, Lu Over the Wall follows a young boy named Kai. With his band and love for music, his life is pretty normal, up until a mermaid named Lu suddenly comes into his life and throws everything out of balance.

Though Kun was told to take care of his new baby sister Mirai, he can’t help but hate her when his parents stop paying attention to him because they’re too busy dealing with her. What happens when one day, he bumps into Mirai—but this time, as her future self?

The House Where the Mermaid Sleeps (2019)

After their daughter falls into a coma after drowning in a pool, parents Kazumasa and Kaoruko are absolutely distraught. What will they do when they’re told that their daughter—after being declared clinically brain dead—can be brought back to life, even if it means that she won’t be the same as before?

Follow the official @eigasaiPH for updates and screening schedules.

SHAREBad Student is known as one of the risograph art printmakers here in...

SHAREWe’re looking for talented, hardworking creatives who want to be part of our...