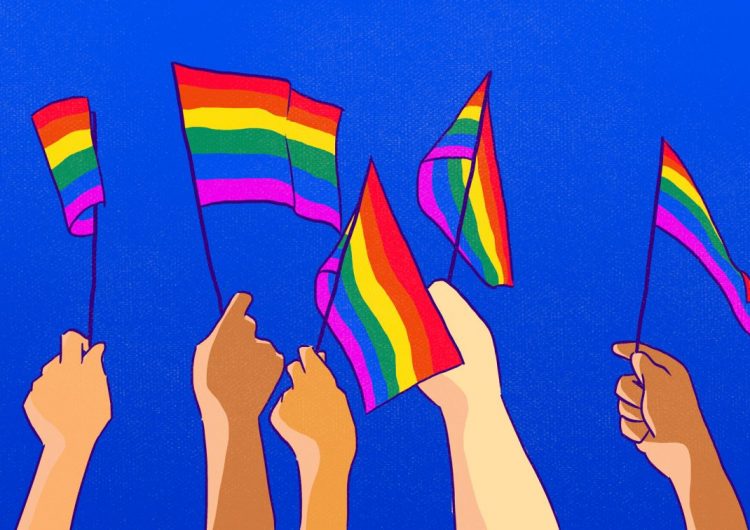 Now that we know what our rainbow flags stand for, we’re ready to raise them confidently this Jun. 29 at the annual Metro Manila Pride March. It’s time to strut your stuff and raise your voices more than ever!

If you want to join the community this weekend, may it be as part of the LGBTQ+ or as an ally, sign up on Metro Manila Pride’s website, especially if you’re going alone. As this year’s theme is #ResistTogether, the movement reminds us that no one is left behind in this fight.

Okay, your Pride flag is ready? Here are other things you should prepare for a fabulous Pride March on Saturday.

Deets, please (I don’t want to be late)

According to Metro Manila Pride’s Facebook page, gates will open at 12 noon. The Pride March itself will start at around 3 p.m. or 4 p.m., so you’d probably want to come earlier to ensure you won’t miss anything! The program will run until 11 p.m. It’s going to be a long day and we’re up for it.

As a lot of attendees (last year’s record drew around 20,000 to 25,000 people!) are expected, the traffic in the area will be heavy for sure. If you’re bringing a car, share it with your friends—or make new friends! A carpool karaoke on the way to Marikina would definitely keep things fun.

Ready na ba kayo, mga mahal? Wag mawala on the way to Marikina Sports Center on June 29. Simply click on this link and enter where you’re coming from: https://t.co/QcW2PwIoYk

By the way, we haven’t received any information on which roads are closed yet, but this traffic advisory from Marikina tells which roads are expected to carry heavier load than usual on Saturday. 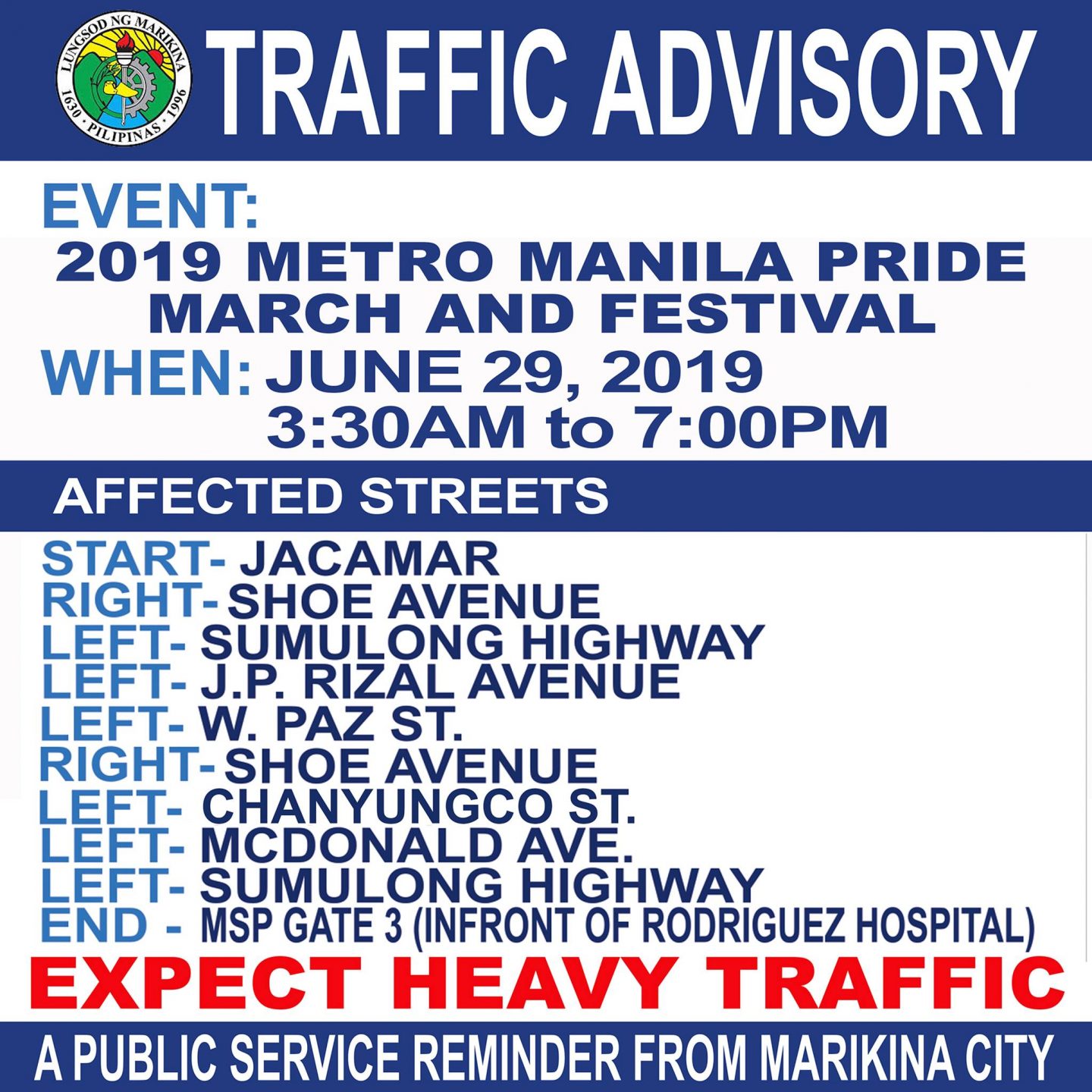 Read more:#LoveVersesHate uses the Bible to spread love to the LGBTQ+ community

It’s officially rainy season, but the heat is still on, especially in the afternoon. With the quick shift in weather, it’s better to amp up you wardrobe with a little bit of resilience while keeping the comfort. You can wear rainbow-themed outfits or just anything you want, but going topless is a big no no—there’s a Marikina City ordinance that prohibits partial nudity in public.

Since there’s a lot of walking (or dancing, or jumping in joy upon seeing history being made yet again) involved, it’s best to wear comfy sneakers. And of course, you don’t want an unwanted death drop while voguing, right? So, don’t forget to bring your own reusable water jug to keep your energy up and your body hydrated. If you do want to leave a mark in this event, let’s make sure it’s a squeaky clean one.

We have a new #ResistTogether✊??️‍? phone wallpaper for you! Check our instagram stories at https://t.co/s60C0HP5qZ, do a long hold of the screen, screenshot, crop, then set as your wallpaper. pic.twitter.com/QM9ffBjpqI

Read more: An FYI on LGBTQ+’s long list of acronyms

You’ll thank us for our hydration reminders, because the march will approximately take two hours. Here’s the Pride March route, starting at Marikina Sports Center’s Gate 6:

Pride flag? Check. Money? Check. How much, though? Well, let’s just say prepare enough for food booths and independent LGTBQ+ businesses that will sell some hella good merch at the venue. If you wanna know more LGBTQ-friendly shops that deserve your piggybank, you can check out our list here.

Aside from the march itself, you can still show your oneness with the community before the weekend begins. There’ll be a MNLXVIE Equality Fest Opening Night at 5 p.m. at Tarzeer Pictures, Makati, and a Stonewall Riot Anniversary in Mendiola on Jun. 28, among many other gatherings.

Nickelodeon’s mentoring one writer and it could be you

SHAREAspiring scriptwriters, time to sharpen your wits and turn those jokes into the...