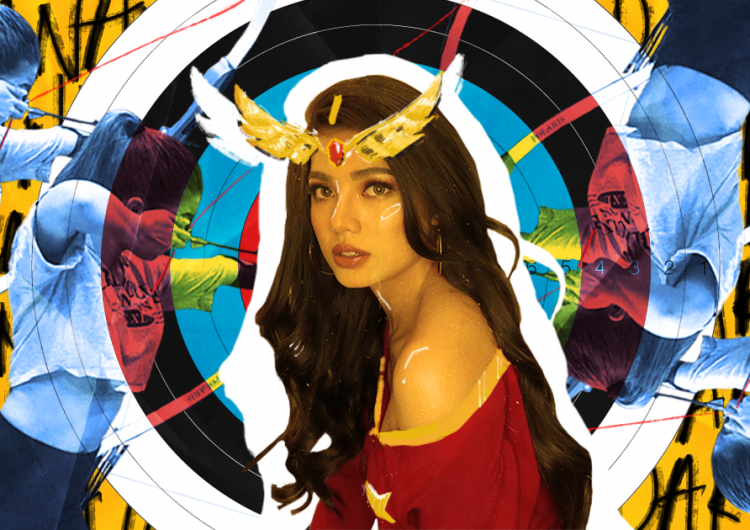 Sound the bells; the search is over! Our generation has a new Darna, and her name is Jane De Leon.

Jane who, you ask? We just had to do a little internet deep dive on the girl who’ll be following the footsteps of the greats like Angel Locsin and Vilma Santos. For one, she’s no stranger to the camera. Jane played Jericho Rosales’ sister in the TV series Halik. She also starred as young Tere, a 17-year-old fighting for her dignity after tragedy and abuse befall her, in an Ipaglaban Mo episode. Another important detail is that she’s born on Nov. 22, which means she’s on the cusp of being either a Sagittarius or a Scorpio. Do with that information what you will.

An interesting thing we found out about Jane is that she’s no stranger to a bow and arrow. In an Instagram post, we see Jane primed and ready to hit a bullseye, and with impeccable form to boot. Maybe she can bring this skill to the new Darna? Hi direk Jerrold Tarog (of Heneral Luna and Goyo: Ang Batang Heneral fame), you might want to see this.

I don’t focus on what I’m up against. I focus on my goals & i try to ignore the rest. ?

Aside from her archery, she’s also a pretty good dancer. Don’t believe us? Check out her recent rehearsal video with G-Force:

That’ll probably come in handy once she’s learning choreography for intense fight scenes as Darna. If anything, all this physical work is a good sign that she’s ready to fight like a badass. All eyes are on you, Jane. Good luck!

SHARESince quarantine started, all sorts of media have been made public for free...

SHAREWe already listed down our favorite songs from this year’s lineup, but here’s...