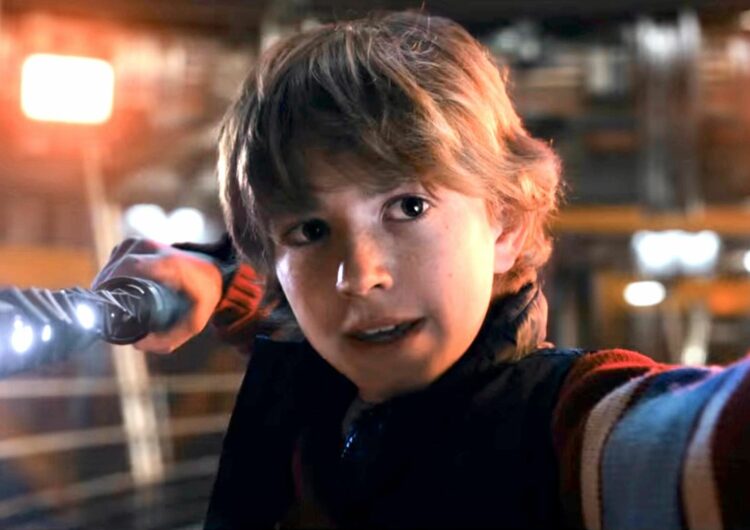 Camp Half-Blood kids, gather ’round. Your new Percy Jackson has finally been cast.

Months after author Rick Riordan officially confirmed the new TV series, Disney+ has now found its sassy son of Poseidon. The live-action is set to be helmed by 13-year-old actor Walker Scobell, who viewers first saw in the recent time travel family flick “The Adam Project,” where he played a younger version of Ryan Reynolds.

“We were fortunate enough to audition Walker months before that movie came out, but the film only confirmed what we already knew about his talent,” Riordan writes in an announcement blog post. “It was obvious to me and the rest of the team that Walker had the perfect mix of comedic timing, sweetness, rebelliousness, snark, and heroism to embody our hero Percy Jackson.”

Riordan also says that the young actor is a “super fan” of the book series, mentioning that Scobell owns the trademark orange Camp Half-Blood tee, which he wore to a surprise Zoom call with the author.

For anyone who has read the book series, titular character Percy Jackson is depicted as a compassionate kid with a sharp sense of humor, who, in the first book “The Lightning Thief,” discovers his godly lineage as Poseidon’s son. And if anyone can do adventure with a mix of sassy quips, well, it’s probably someone with a young Ryan Reynolds role on their IMDB page.

In the same blog post, Riordan also hints that the actor has done several chemistry reads with candidates for Percy’s friends Annabeth and Grover, and that another casting announcement is coming real soon.

Consider our 12-year-old selves—and our present selves—hyped. (We’re also crossing our fingers for these moments on screen. Pretty please, Disney?)

Read more:
The ‘Percy Jackson’ TV series we deserve is officially coming
Book-to-screen adaptations that are coming our way
4 moments from Camp Half-Blood and beyond we want to see on screen

Still from “The Adam Project”

SHAREWith the streetwear industry expecting billions in revenue for this year alone, to...

SHAREThe JanSport brand has been a staple throughout the lives of millennials. Let’s...

Marie Kondo will clean a small town for her upcoming show

SHAREMarie Kondo is coming back to spark joy by motivating us into organizing....