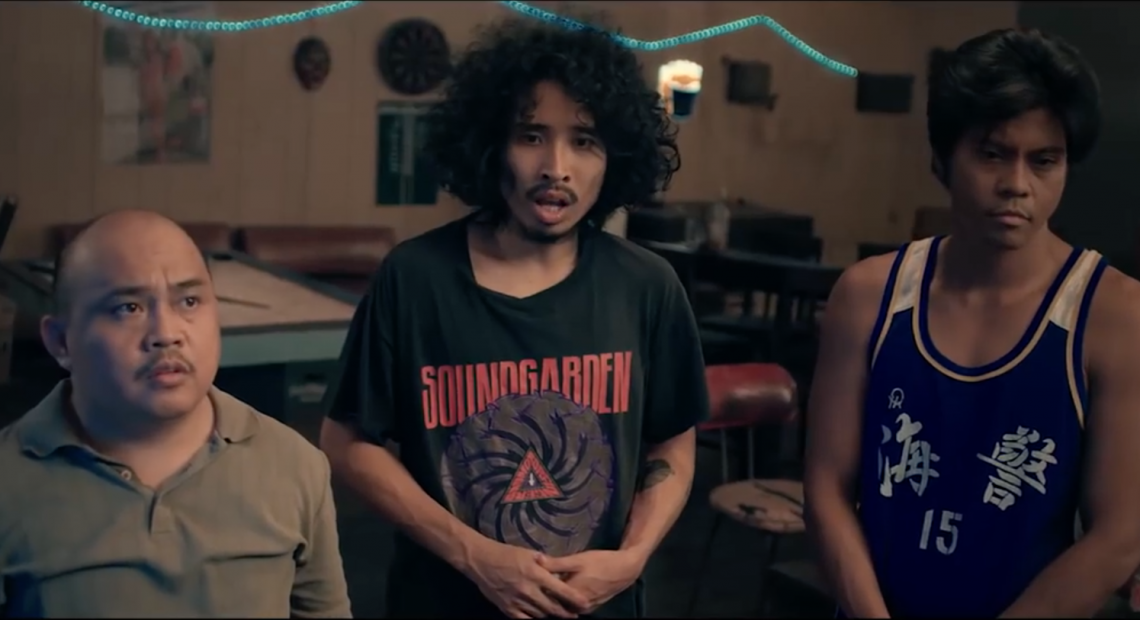 Seriously, how much have we been lifting the #SupportFilipinoFilms battlecry?

Supposedly airing on Nov. 28, Ang Pangarap Kong Holdap has reportedly been restricted in screening for local cinemas. In an Instagram post by one of its lead actors Paolo Contis, it was revealed how this comedy film by Marius Talampas has failed to score the be-all end-all MTRCB approval for nationwide cinema slots. “Ang Pangarap Kong Holdap cannot get cinema slots. According to them, the movie is sending a bad connotation to the public because of its title (when our only intention is to entertain our audience and give a good laugh for less than 2 hours),” he wrote.

Isang malungkot na araw! “Ang Pangarap kong Holdap” cannot get cinema slots. According to them, the movie is sending a bad connotation to the public because of its title (when our only intention is to entertain our audience and give a good laugh for less than 2 hours). This is our own way of making it light for the Filipino people. We think what you’re doing is the REAL HOLDAP. #SupportFilipinoFilms #SarilingAtin

Apparently, the board took the title literally, building on assumptions that this film will just corrupt the viewer’s mind. Contis’ girlfriend and actress LJ Reyes also didn’t think twice in arguing against this decision on her Instagram account, claiming how “it’s so ironic that we support foreign films orchestrating grand heists or films that just follows male-character-driven adventures, but cannot support our own just because of the title.”

Although the trailer does feature the act of holdap (in a rather comedic setting, that is), does it really weigh enough reason to be deprived of the cinematic spotlight? We have seen films, both local and foreign, that grapple and gaze with the nitty-gritty of crimes and violence outright, and not even for laughs. If kids are the concern, our local cinemas have also been swept by animated cartoon movies with characters doing dozens of crazy antics parents wouldn’t want to see their children doing in reality, for sure. To add to that, this film even got an R-16 rating.

So, why the double-standard? Why the early snatching of opportunity to prove itself? After all, movies are beyond their titles and their trailers and characters and posters and everything else sent right before its screening. But even though these parts obviously aren’t the whole, that doesn’t mean anyone can just tinker and tweak with its pieces as quickly and carelessly as that. So much for looking at art past its cover.

As of writing, the film is set to have screening schedules in Sta. Lucia East Grand Mall, Greenhills Theater Mall, and Gaisano Malls in Davao, Tagum, and Gensan. A bit of a saving grace, but the fact that the movie’s lifespan onscreen still isn’t determined makes it consistently saddening. Why settle for a few cinemas when we can make the whole country watch it? Why settle for this just for the reason that the title gives off a so-called bad connotation?

It’s already 2018 and artistic freedom still feels so far-fetched. I hope the censorship board starts trusting the viewers and their taste. I hope they start trusting in art, too, because it still looks like they don’t.

I hope we’ll be able to watch Ang Pangarap Kong Holdap from start to finish before giving a defining verdict.

SHARECarly Rae Jepsen isn’t back with a new album just yet, but she...