Attending the SONA ng Bayan was quite heavy. Protests, big or small, tend to have this energy anyway. Truth to be told, I was a bit lost on who I came as. Am I someone who’s doing a story? Or someone who’s marching for causes bigger than myself? I want to say that I intended to be both, but ended up being more of the latter.

With a camera at hand, I shot the different faces of about 40,000 Filipinos marching for their rights. It felt like everyone from the basic sector was there. People from the LGBTQ+ community, feminists, youth and student activists, contractualized factory workers, Indigenous Peoples (IP), generations of farmers, and many more flocked to Commonwealth. 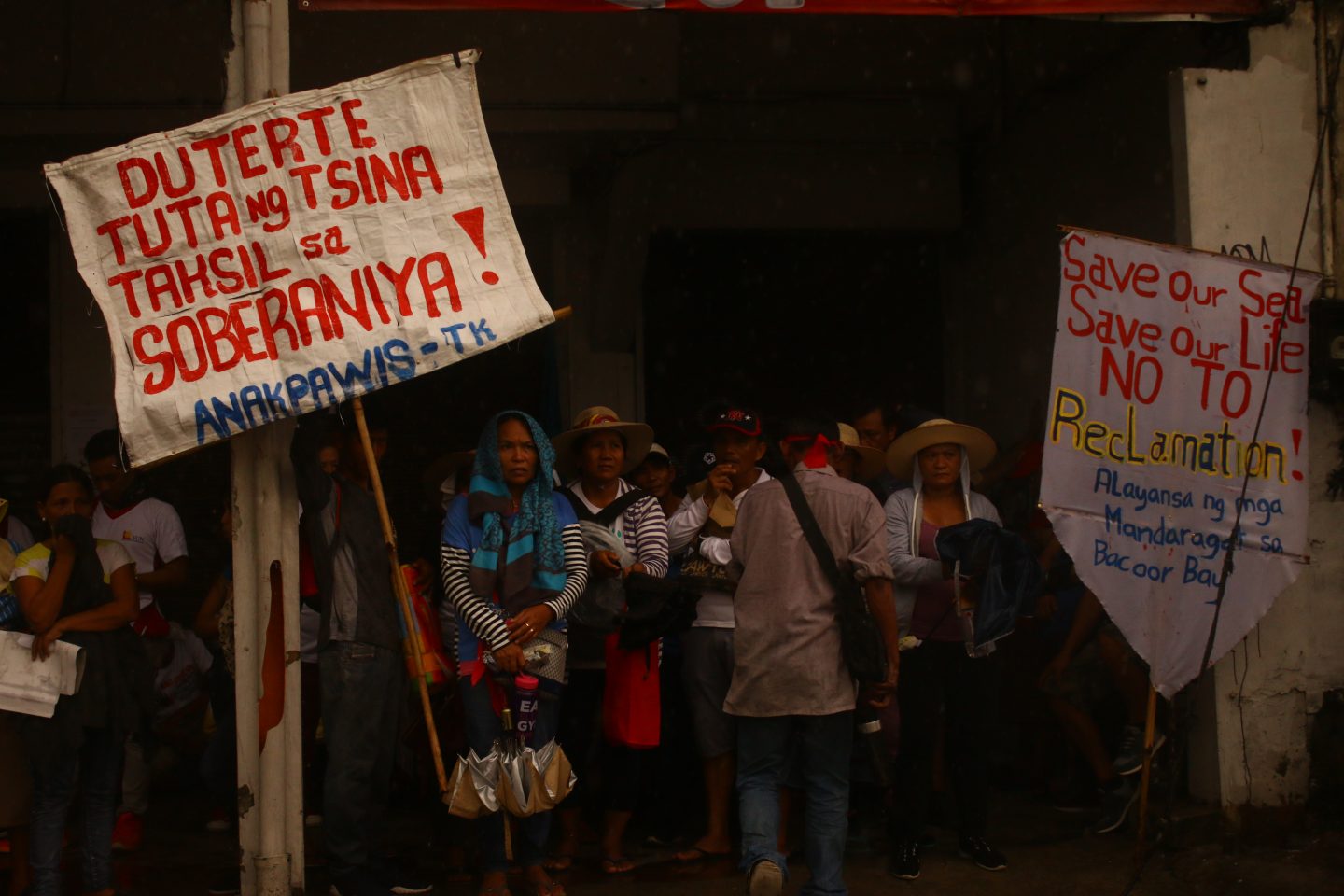 There are so many issues unheard of, or at worst, ignored by people in power. Like what a representative from Sama-samang Artista para sa Kilusang Agraryo (SAKA) told me before the march, our anger is mixed with grief and mourning. Instead of listening to the President’s SKL speech, we united to stand up for our rights and for others who can’t march with us.

Not everyone was a fan of what we’re doing. Drivers tried to run us over, a group of kids made fun of LGBTQ+ groups’ chant and called them shokoys, and I witnessed a middle-aged woman throw plastic at a young activist.

The protest wasn’t exactly picturesque, but that’s just the reality of protests. It’s not always a “kumbaya, my lord” moment. Although the bad parts might be a bit jarring, the good trumps all of it. 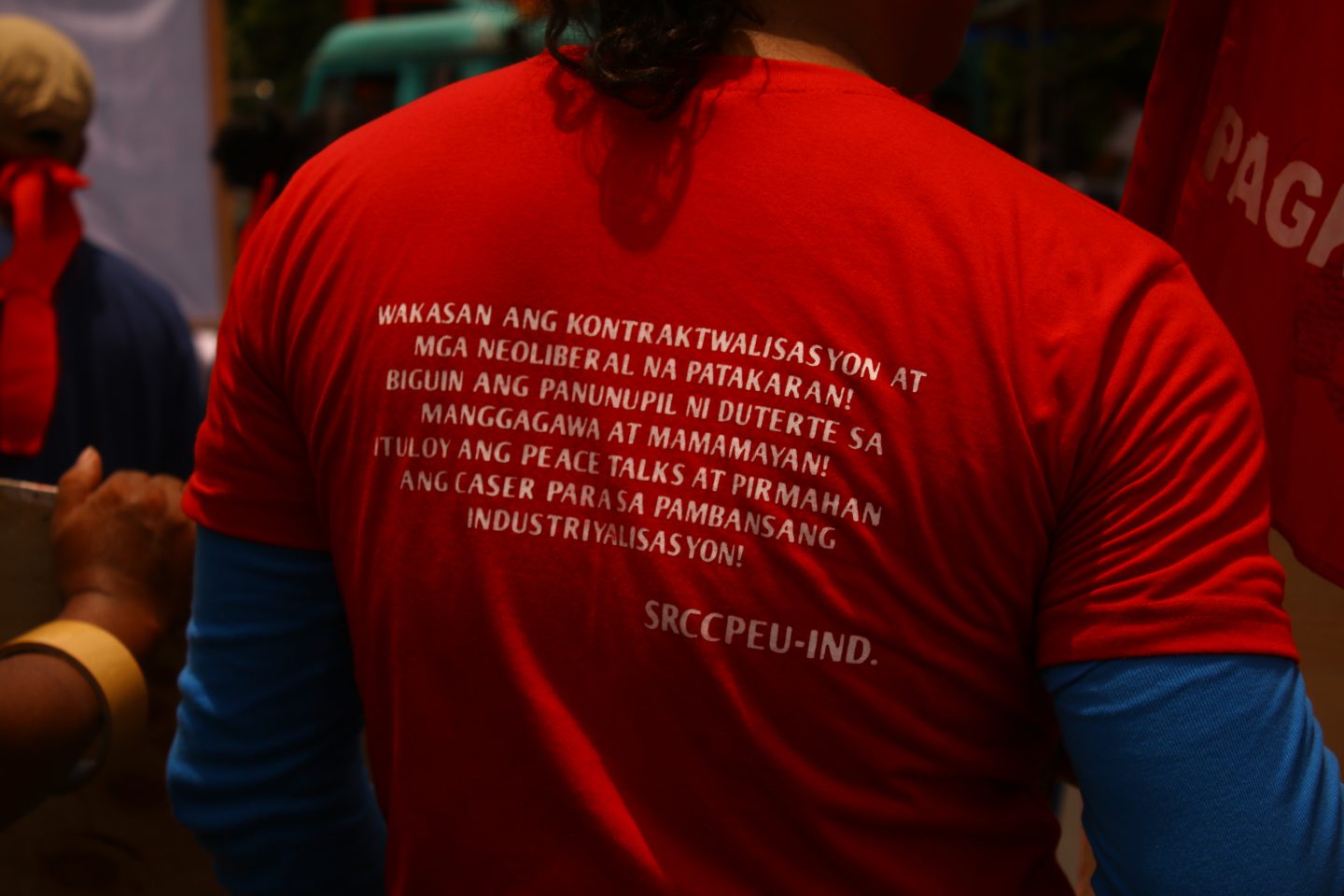 Farmers came there to fight for their much-needed agrarian reform. These aging farmers were astounded by the number of young people who believe in their cause, marching alongside them. I saw contractualized workers and LGBTQ+ people voguing together when a volunteer band started to play. Some kids, who weren’t even part of the march, joined to see what’s going on. 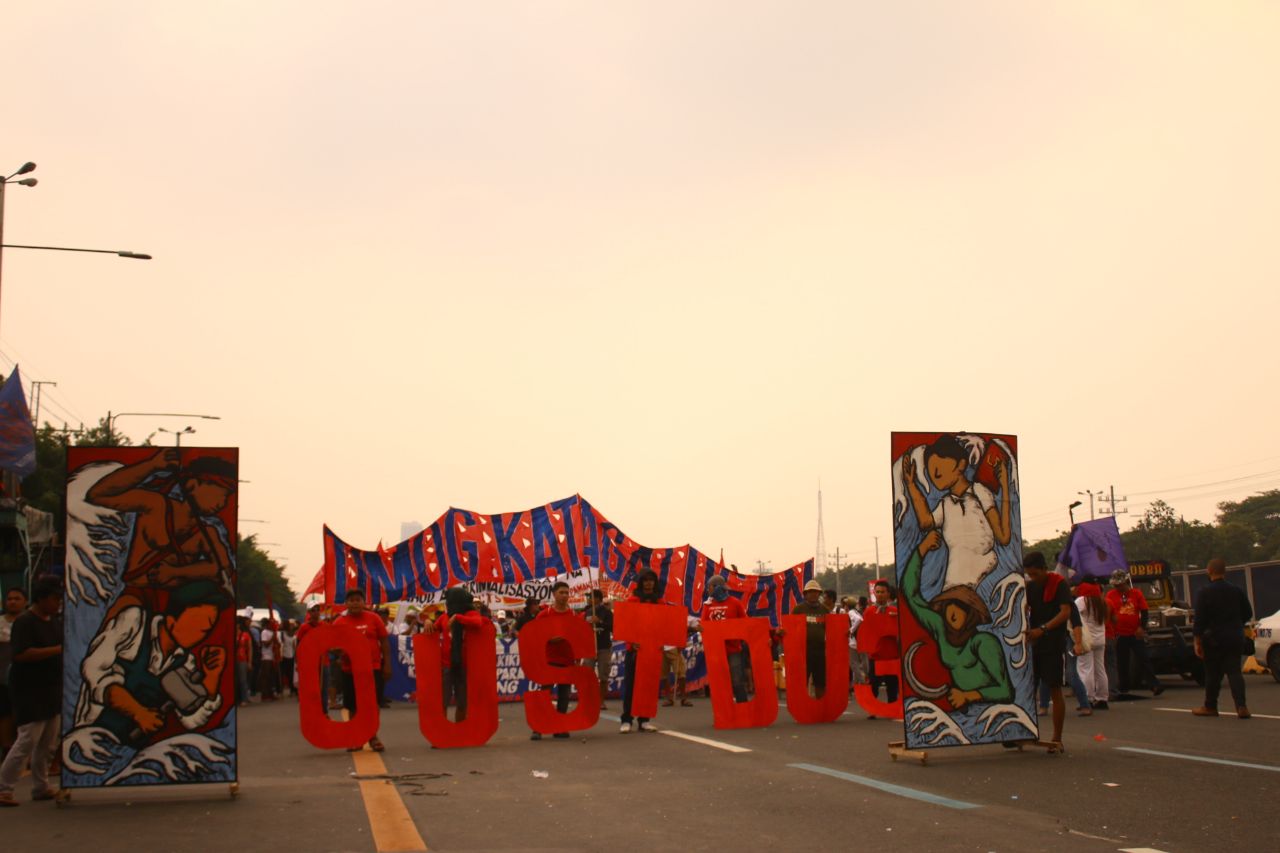 The supporters of marginalized sectors—Sir Neri Colmenares, Ka Leody De Guzman, and atty. Chel Diokno—joined and amplified the Filipinos’ need for change. One speech that stuck with me the most was the words atty. Chel imparted to everyone. 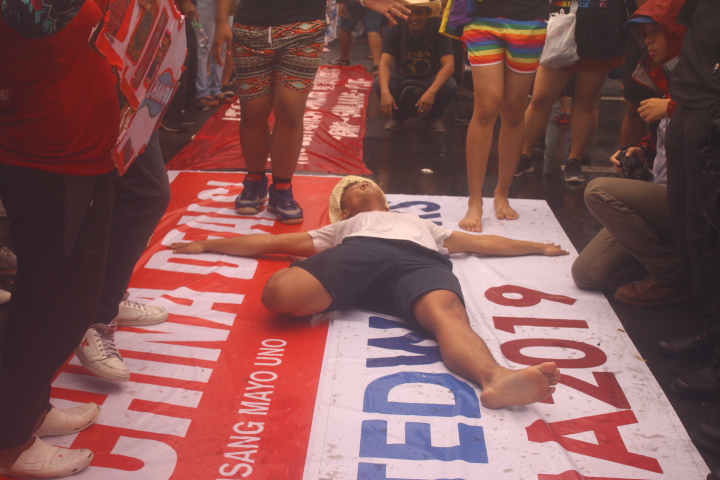 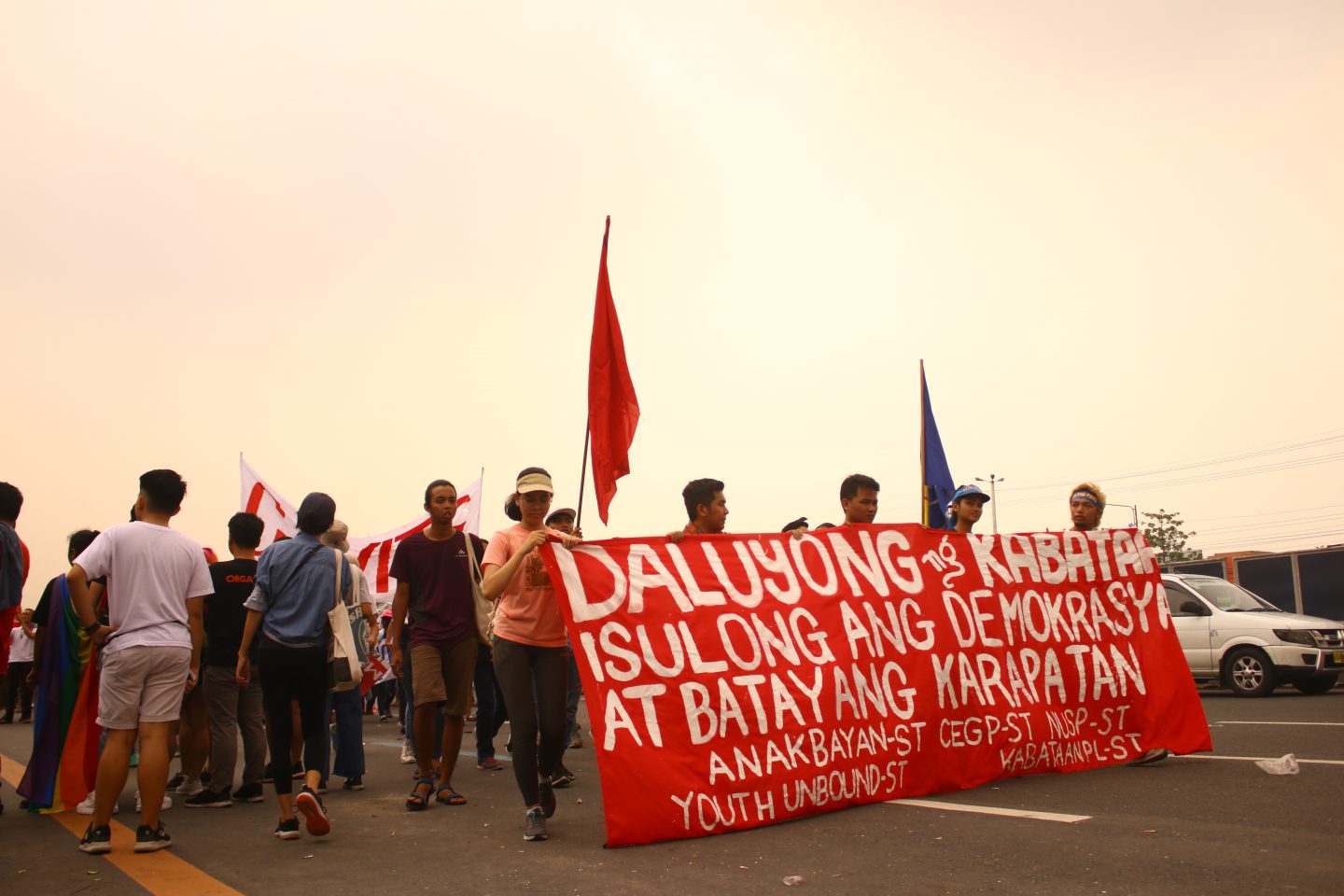 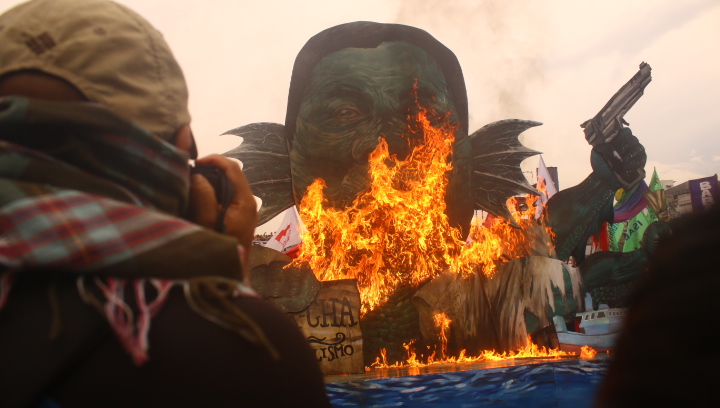 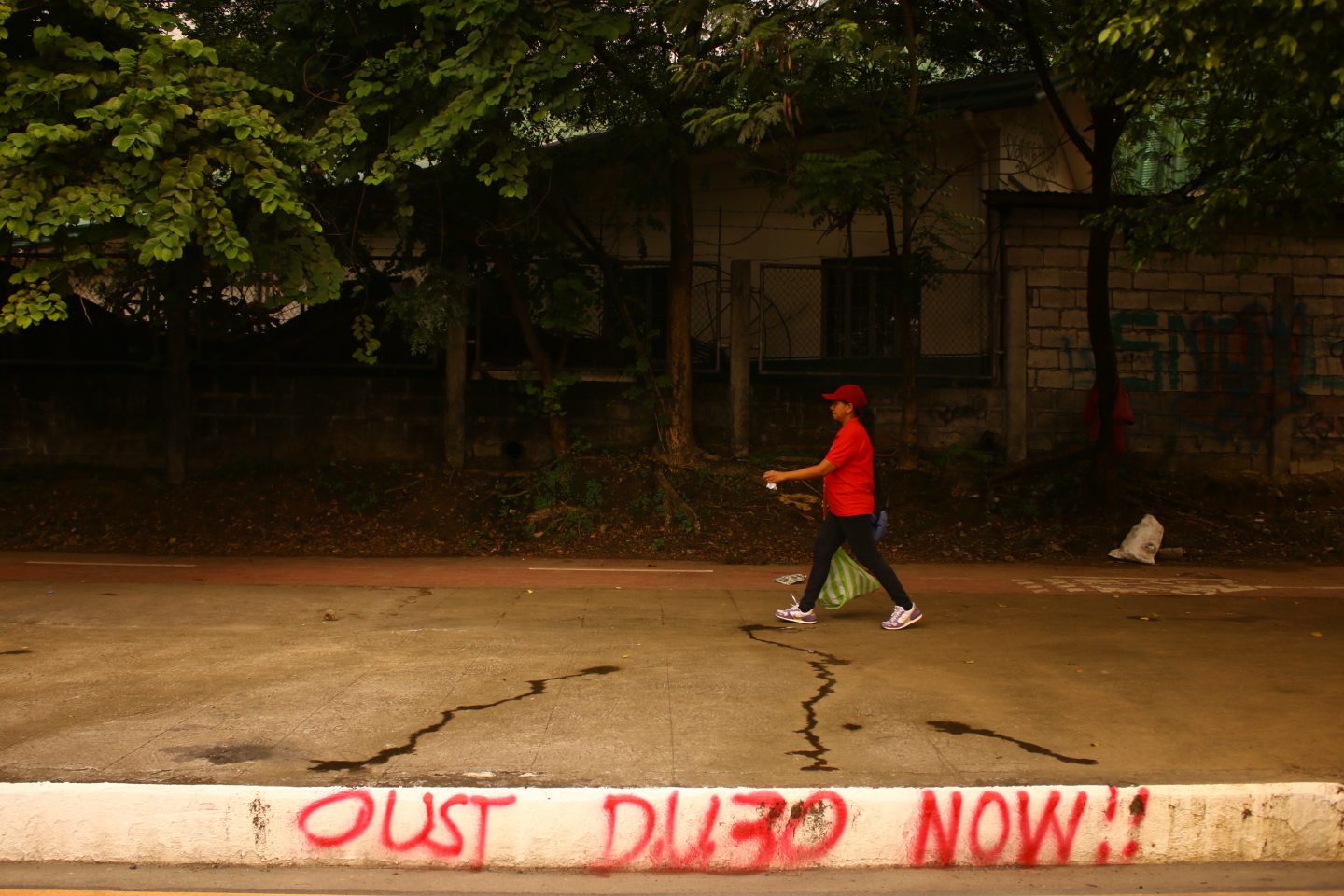 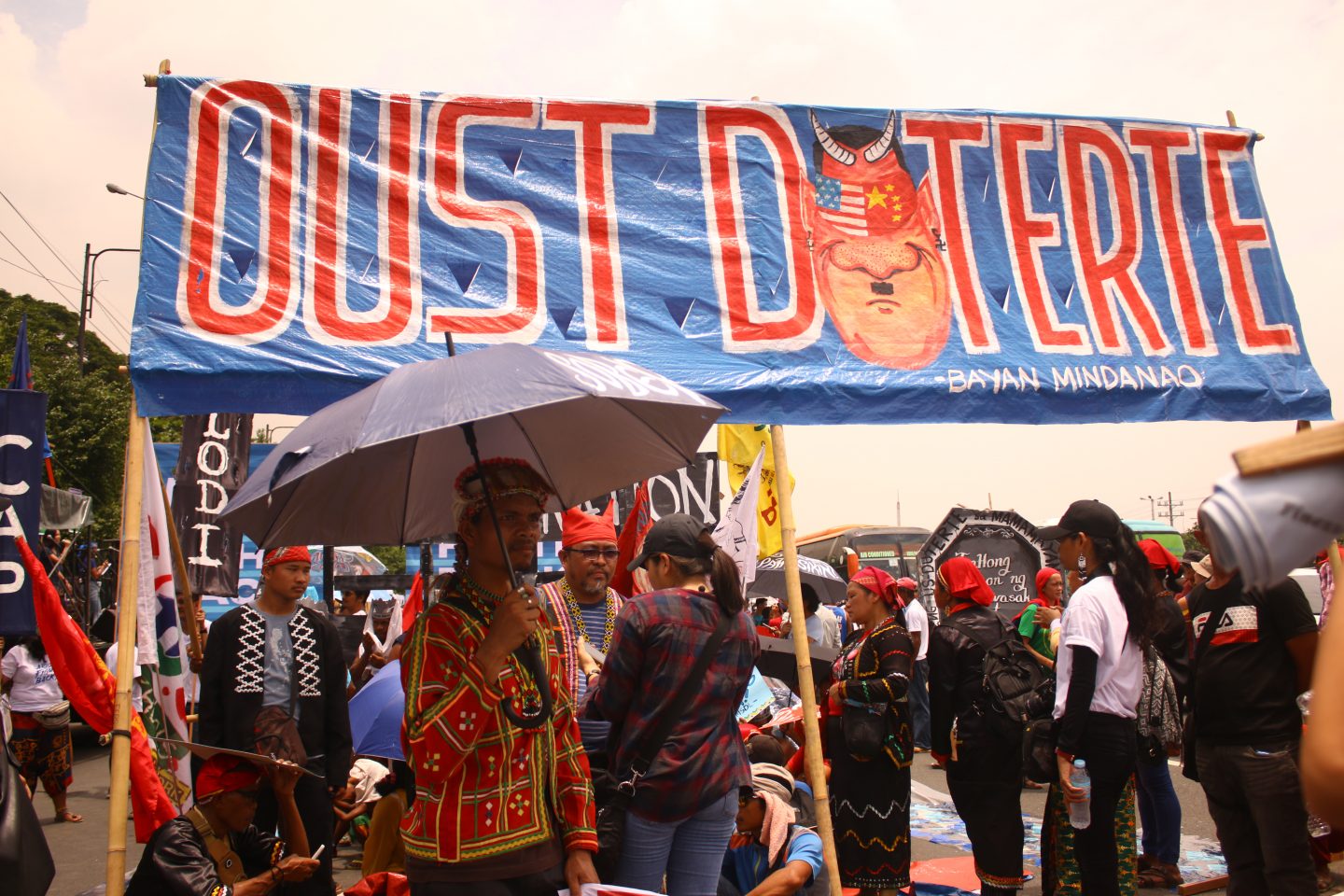 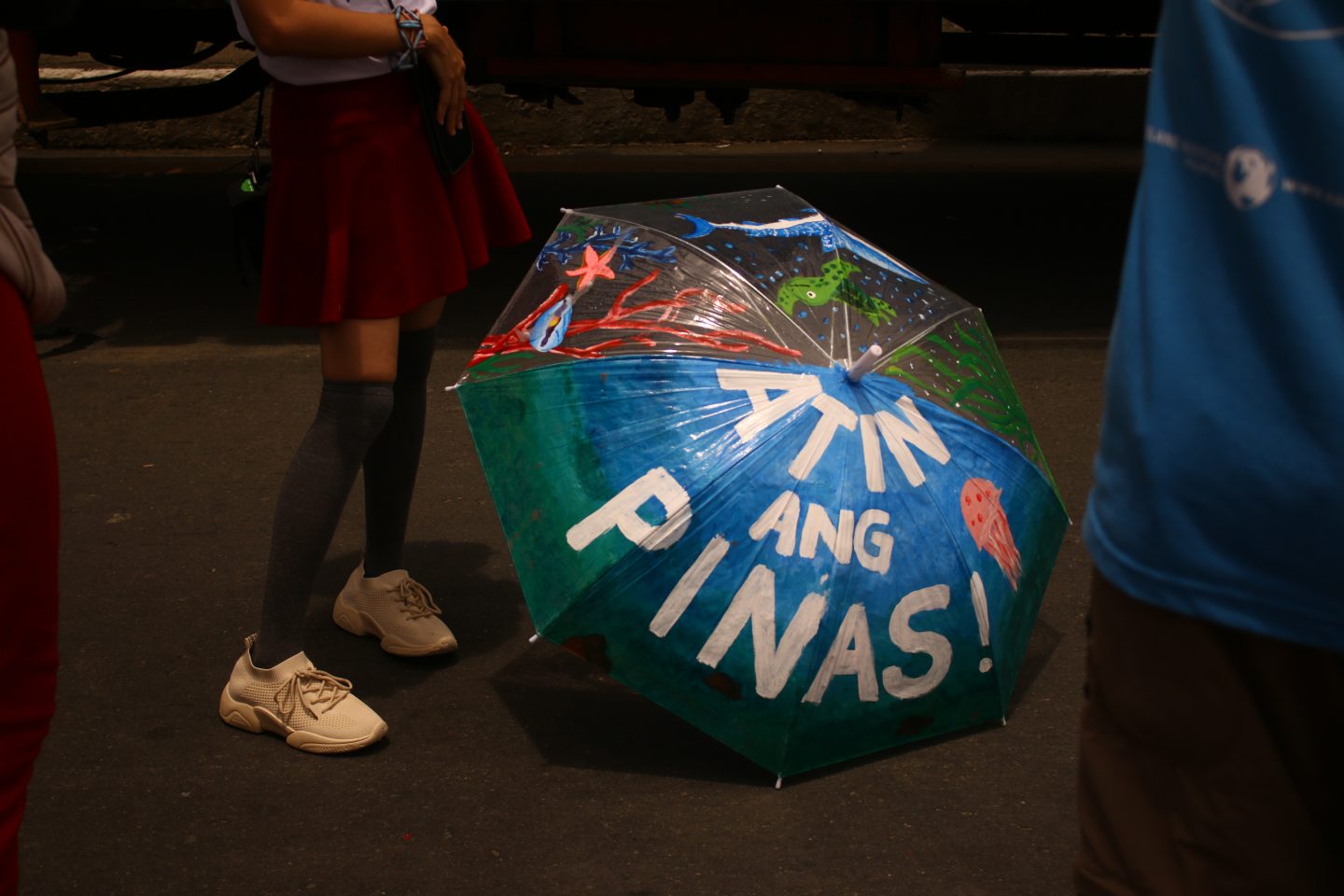 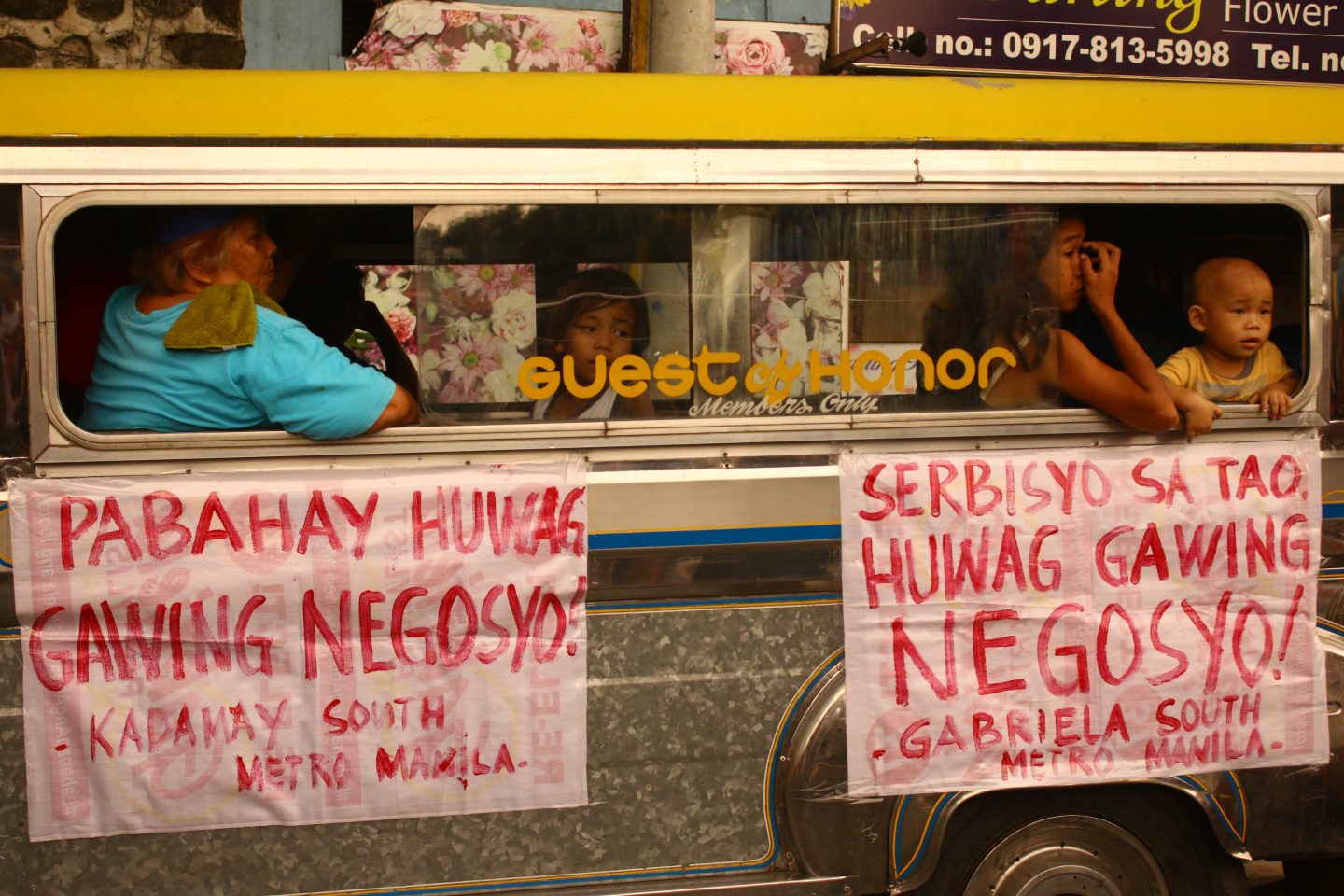 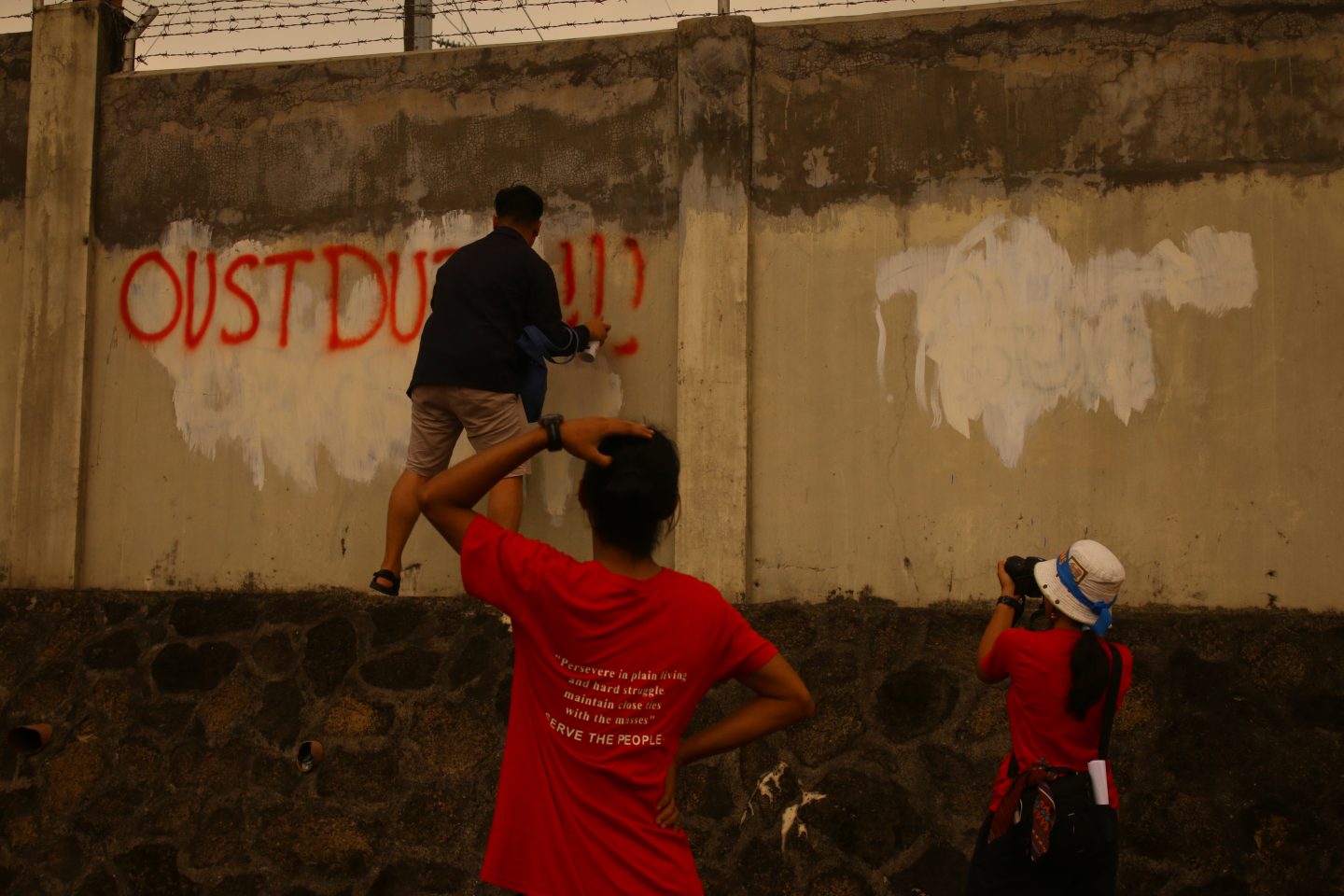 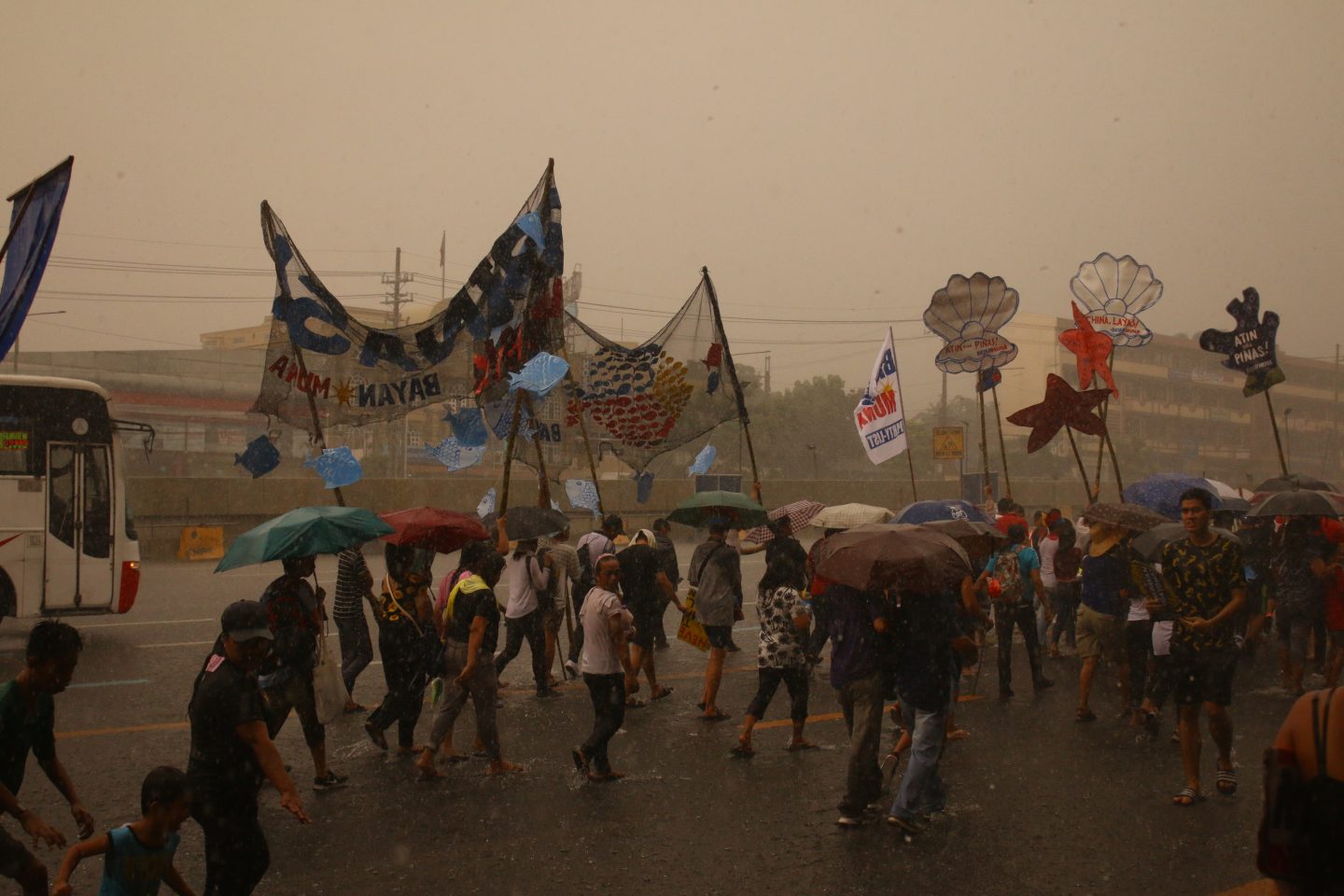 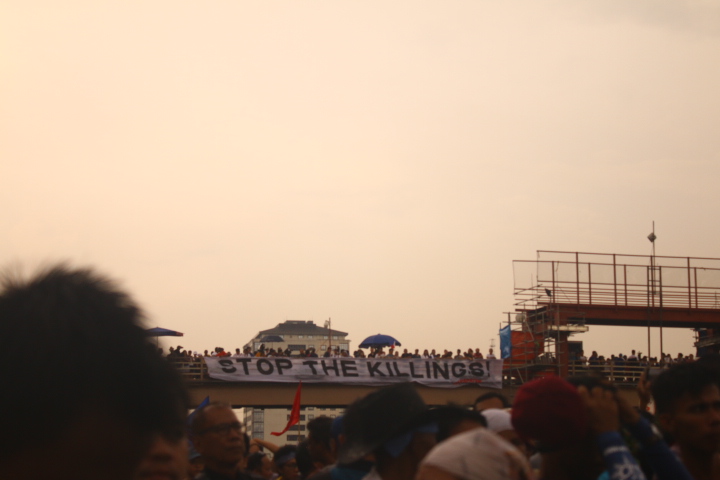 That’s why regardless of torrential rains, we marched. It’s this fear of apathy. If we won’t march together, voice our grievances, and act now, who else will march for us? This country is not only a place where we live in; it’s also a place we have to protect.

Read more: Why progressive groups are wearing blue this SONA

These are the photographs of the people doing their best to keep the future safe. Like what the speaker during SONA ng Bayan said, “[The Philippines] is ours, but it is not ours to own.” So when we reach that seemingly unattainable Filipino utopia, keep these faces in mind and say your thanks.

SHAREIt was during the era of No Doubt Gwen Stefani and peculiar music...

SHAREIt’s two days after the 2019 midterm elections, and the spirit of revolution...