Midnight Diner: Tokyo Stories — I haven’t put up a Netflix show as my favorite in a while simply because I haven’t really found the time to bingewatch something on it lately. But after one lazy Friday evening, I started on Midnight Diner after seeing what the fuss about Samurai Gourmet was and just could not stop. Warm, cozy, and nondescript diner in a random Tokyo alley open from midnight ’til breakfast? That aesthetic is my jam, and it helps that each episode is only 20 minutes long—allowing me to finish the whole season over the weekend. I should be finishing up Iron Fist before the next season of The Get Down airs this week, but this got me first. (Plus points for Japanese country/bluegrass music, which was a genre I never knew existed.)

Kendrick Lamar – “HUMBLE.” — How could I not? Nobody was expecting this hard joint on a beat that isn’t typical Kendrick; no jazz, no soul, just hard stuff on minor-key synths. And have you seen the bizarre video?

13 Reasons Why — To be honest, I’m not a fan of the book. I read it back in college, I think. And I was kind of confused on what to feel about it. So when I heard about the Netflix series, I was like “Hmmm. Okay. Should I watch this?” My friends were fussing about it over the weekend. They kept bugging me to watch the whole thing so they can finally discuss details openly in our Messenger group. I’m only at the second episode and it’s not so bad actually. Looking forward to finishing it. Then I’ll let you know about my final verdict.

Bakunawa Vol. 7: Rodrigo Duterte’s Summer Budots Party — MAN! When this came out, I can’t even recall how many times we’ve played it in the office. Somebody throw a pool party with this banging on the stereos!

Dirty Horchata from El Union — My friends and family know that I’m not a huge coffee drinker. But trying some Mexican horchata for the first time at El Union Coffee was a treat! I went to La Union last week for a story and stumbled upon this delectable glass of espresso mixed with vanilla, rice milk, and cinnamon. We dropped by the humble cafe after the long drive from Manila to the beach and it served as a total energizer for me–sweet and nutty, but not too overwhelming. Anyone who visits La Union for a vacation ought to try out the coffee here! The owners are also extremely friendly and welcoming.

BP Valenzuela’s “bbgirl” — You can really hear the evolution in BP’s sound here in her new track “bbgirl,” slowly transitioning from pop to a little bit of R&B. I love the production on this song as well as the aesthetically pleasing music video that comes along with it, which is actually directed by Scout fave no rome (he sings on the track, too)! What else makes “bbgirl” awesome is how its lyrics and music video provide representation for the LGBT community, something that the local industry needs more of. I can’t wait for what BP has in store in her upcoming July release. She’s got a bright future ahead of her and we’re blessed to witness it unfold. 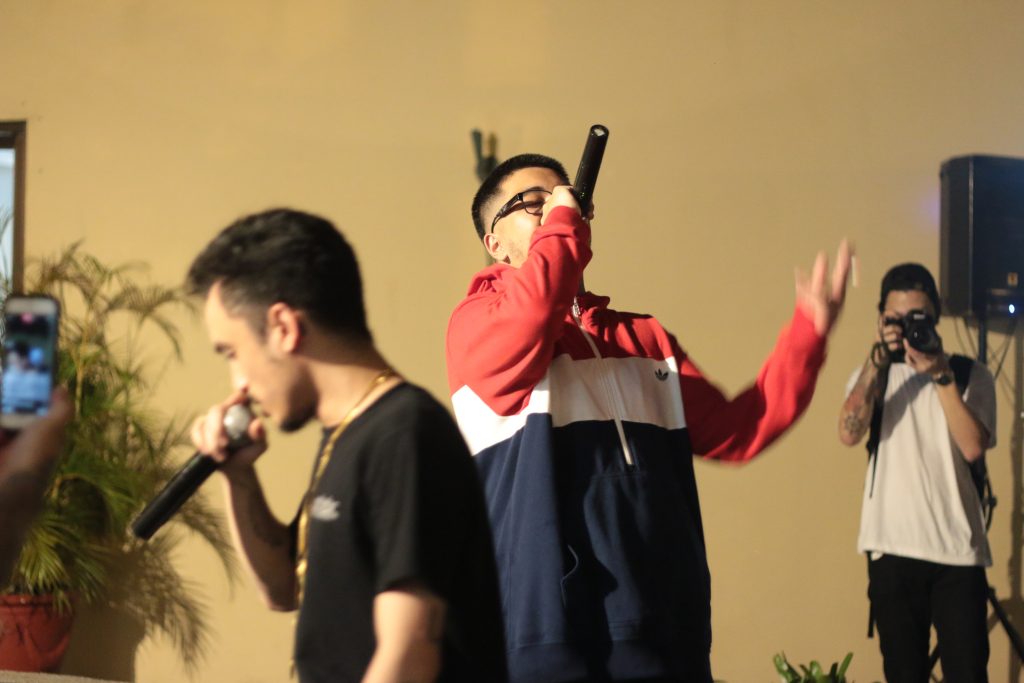 GODDAMN! Just Washington and J. Blaze’s Listening Party – A pool party with music from today’s young and talented acts sounds like a good way to start the month of April, because it is. Last Saturday was great. There’s just so much good local talent popping right now it’s making me giddy just to see what projects they’re going to come up with. Please do check out J. Blaze, Just Washington, DB, Al James, Israel Noel, and LONER. I’m going to wait for J. Blaze’s and Just Washington’s joint project to come out on Spotify. Y’all should do the same.

Rick And Morty S03E01 – Three words: McDonald’s Szechuan Sauce. You’ll know what I mean when you watch the episode. Where is it McDonald’s? Where’s the sauce? With the live-action Mulan remake coming back, you have now more than one reason to bring back that (supposedly) heavenly sauce. I’m not even going to link the whole episode up here. I’m going to link the sauce. Gimme summa dat. Please.

Samurai Jack Season 5 – I’m hooked. Samurai Jack is just one of those shows where I finish the whole episode whenever I catch it on TV. Season 5 is different in terms of its tone–it feels like it’s geared towards people who’ve grown up watching the series before. I love it.

SHAREIt’s about damn time, but equally worth the wait—Munimuni’s latest surprise is finally...