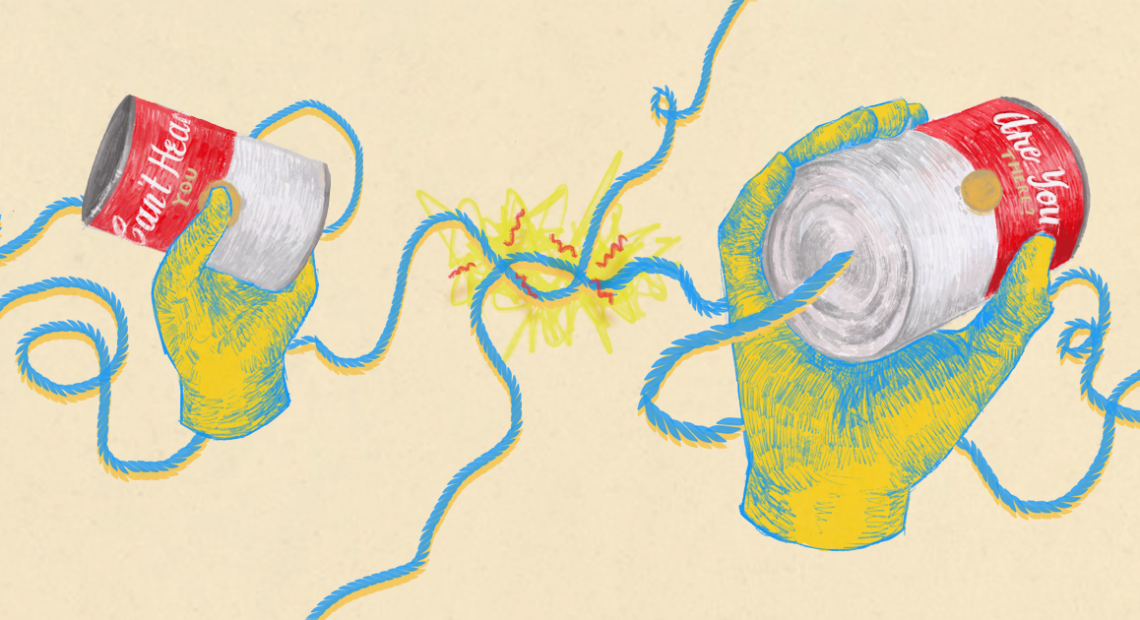 Princess is my best friend. In every way, she defined my childhood. We met and grew up together in grade school. We traded Stick-Os and Ovaltines during recess, we update each other on last night’s Powerpuff Girls’ episode, and we’re each other’s first call after class.

That all changed when her family migrated to Chicago. We didn’t hear from each other for two years.

Read more: My new close friend is a robot, and they help me deal with my anxieties

We both felt we’re growing apart. But when I reached high school, things changed when she came back in town for visits. That’s when we realized our past isn’t what bonded us. We tried to do everything together like before; we listened to Danger Days when it came out, we watched Jennifer’s Body in cinemas after I got baptized, we’d order cheap pizza and told secrets our new friends never heard.

So when she decided to come out to me, I stopped her. I proceeded to list down the serious things she might want to talk about; a.) she’s actually an alien from outer space or b.) she’s a lesbian all this time. Whatever the answer might be, I told her I’m already okay with.

That’s just how our friendship goes. At the end of the day—no matter what happens—we always understood.

It turns out to be the latter. She told me she goes by Cess now. But there’s no shock or nagging from me, just a heartfelt okay. That’s just how our friendship goes. At the end of the day—no matter what happens—we always understood.

Until 2019 became the seventh year since we last saw each other. This time, we entered adulthood without one another. Everything we know about each other is through our Facebook feed. Just like every acquaintance in our lives.

“Long-distance friendships require a special kind of TLC,” the piece in TIME Magazine reminds me. It became apparent to me on how bad I really was at maintaining one. “As we grow older, people inevitably go their separate ways, but it is so important to maintain friendships regardless of the distance,” The HuffPost think-piece reads.

This gave me an idea to finally reach out to Princess. We tried hanging out like old times even if it’s just through Telegram. Of course, with time zones and busy schedules, finding time for one another became hard. But we were lucky enough to have one Monday morning together.

By WikiHow’s guide on “How to Maintain a Long Distance Friendship with Your Best Friend,” here’s how our virtual reunion went down:

“Staying in contact: Ask questions about their life, like their school, work, or relationships. Always be there for them, and try not to ignore their texts if they text you,” step one indicates. It gave me an idea to start the conversation by talking about who we were then vs. who we are now.

I told them this was my sixth publication. With that, I reminded them of my dreams of becoming a writer back when we were kids. “Emotional roller coaster ride for me,” Cess typed. “I learned how to not worry too much about sa anong iniisip nila sakin, lalo na I kinda transitioned to being a guy. Ang nangyari lang I got shorter hair and panlalaki talaga manamit.”

With that, I confessed: “Kinakapa ko nga actually if you still identified as a butch lesbian or what, pero siyempre it’s not my place unless you tell me.” I told him. “ I never identified myself anything dati. All i know gusto ko talaga maging lalaki dati pa,” he replied. All I was tell him I understood. Behind the screen, I felt disappointed with myself for not being there during his journey. But I’m here now. At least, I am here now.

Read more: 5 shows to watch when you want to feel soft

“Maintaining Your Friendship through Conversations: Make plans to be reunited again. Talk about things you could do together. This will keep you both positive and looking forward to the future,” step two goes as follows. This pushed me to ask a tough question. Why didn’t we make an effort to catch up?

“Hmm, I have a couple of reasons. Siguro deep inside medyo naintimidate ako. You seem like you’re doing big things and I’m still in school. Busy ka—we tried to catch up noong nasa ‘Pinas ako, pero ayun nga, ‘di natuloy. Parang medyo nadisappoint ako kasi parang “di mo man lang ako naaalala,” he laughs it off. “Pero I get it, you were busy.

Adulthood is something we faced apart. In reality, at least, our friendship went beyond nostalgia.

I can make a lame excuse on how I’m a textbook Aquarian. Written in the stars, I’m programmed to be distant and cold like the planet Jupiter. But I knew astrology isn’t an excuse for being a dick.

“Be yourself: You are probably not in the same place. But, it’s up to you to keep your friendship as strong, or to make it even stronger than it used to be,” step three speaks the truth. Things have changed between us. We’re somehow strangers to one another, but at the same time, we’re each other’s best confidants.

I told him how I was on the brink of quitting when he came home. My previous job wasn’t going as I planned; ruining me emotionally and physically. Not really the person he thought I was. “I still regret not seeing you last year, actually,” I confessed. He said he understood. Just like he always does.

Read more: What’s a “vent buddy” and where do we get one?

“Do you think we’ve outgrown each other?” I asked him. “ I would say no. Tulad sabi ko kanina, I saw you as a very open-minded person. So feeling ko, if ever magcatch up nga, feeling ko ganoon pa rin tayo. We’ll bond na parang walang nangyaring distance.”

Adulthood is something we faced apart. In reality, at least, our friendship went beyond nostalgia. We wake up on different sides of the world. But he’s right, that’s the only measurement of the distance between us.

We wake up on different sides of the world. But he’s right, that’s the only measurement of the distance between us.

He plans to go back twice this year. And when he comes back, I’m pretty sure it is as if we never left each other side. Seven years will turn into seven minutes.

Now that I’ve grown up, I realized what life-long friendship means. Not times spent in coffee houses nor the number of tickets wasted in late-night gigs. It’s empathy and understanding regardless of circumstances.

This story is originally published in our 35th issue and has been edited for web. The digital copy of Scout’s 34th issue is accessible here.

In a sea of spliced videos, here are stories worth your time (and...