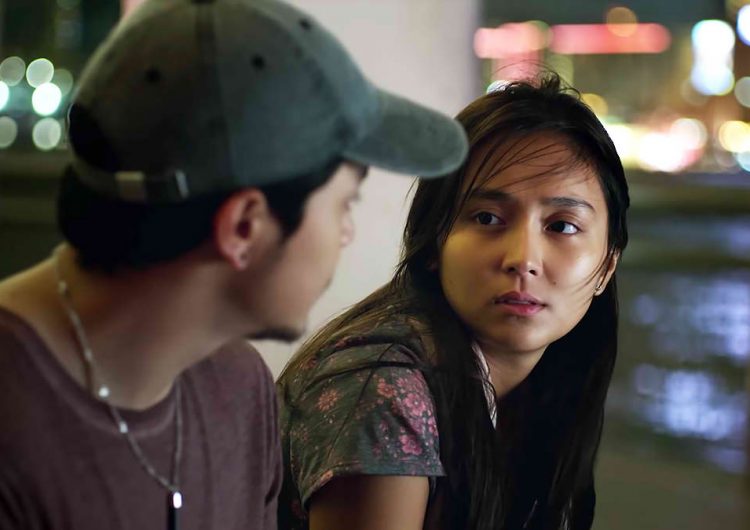 In Scout’s previous print issue, I had the chance to talk to children of Overseas Filipino Workers (OFWs). It was a different type of growing up—one that required a lot of independence and trust, patience for long distance calls and forgiveness for missed events. It’s a necessary struggle, it seemed. For their parents, it was either be with your family and starve together, or be apart and survive. With all the OFW stories I heard, there never was an ideal situation.

I am lucky enough to have two parents who were able to establish a life for us here. In a poverty-stricken country like the Philippines, I always thought of this as a privilege and not the other way around. That’s why I didn’t understand why my titos and titas would continuously egg me on to fly to Switzerland or Canada or anywhere else that’s a 10-hour flight away just to find a job. Why would anyone want to be separated from their roots? Why is going abroad the default solution to success?

In Cathy Garcia-Molina’s latest film Hello, Love, Goodbye, we get a glimpse at the struggles of what being a young OFW is like through the story of a nursing graduate named Joy Marie Fabregas, played by Eddys 2019 Best Actress winner Kathryn Bernardo. Despite being a nursing degree holder, Joy works in Hong Kong as a domestic helper—DH as it’s colloquially called. There, she takes care of a family she has no prior ties to just so she could care for her own. An ironic setup, but one without much choice. “Ang choice para lang sa mayaman,” Joy says. In or out of the Philippines, this reality remains.

Kathryn portrays Joy’s exhaustion, anger and resolution so potently without much words. It all comes out in the way her lids look heavy from a two-hour sleep; how her shoulders slump as she grapples with the thought of her agonizingly routine life. We see it in her quiet moments in the night when she can catch a few minutes just to stare blankly at the wall. The depiction felt authentic and tugs at your heartstrings.

In an interview with Boy Abunda, Kathryn shares the reason why everything felt so real. It was because her director, Cathy Garcia-Molina, made her feel the pain of isolation and fatigue on set. She was not allowed to join the cast and crew when they were having fun. She was forbidden from using her phone during breaks to vent to her real-life partner, Daniel Padilla. Direk Cathy would shout at her. She would cry every night on set. She even admitted to almost quitting by the end of the first week of shooting. It was a different kind of treatment for her, she says, but she pushed through—and thankfully so. The experience lent a new layer of authenticity to Kathryn’s performance which I had personally never quite seen before. This could very well be Kathryn’s breakout “growing up” role—a marker of a new era in Kathryn’s professional maturation.

But what was a role that Kathryn could leave is the real life of many, many Filipinos. As of the Philippine Statistics Authority’s latest release last Apr 30, there are 2.3 million OFWs, 96.2 percent of which are contract workers like Joy. A third of OFWs are employed in elementary occupations (defined by the International Labor Organizations as jobs which “consist of simple and routine tasks”), most of which are female. There are over a million Joys out in the world, fighting tooth and nail just to give their families at home something to eat. It was commendable that much research (as evidenced by the long line of research interviewees in the credits) went into capturing Joy’s sadness, strength and daily struggles as an OFW. It’s a reality we almost never get to see, after all.

Later on in the film, she meets (albeit through terrifying circumstances) Alden Richards’ Ethan. He’s a carefree 20-something, a womanizing bartender in Hong Kong. He has three years left before receiving his Hong Kong residency. It’s a seemingly comfortable life, which is a stark contrast to Joy who’s living on a very limited DH’s visa. The two become unlikely friends.

As the pair develop their relationship into a romance, we learn more about Ethan. Despite his facade as a reckless man with a comfortable life, his family situation behind closed doors reveals otherwise.

Read more: 6 films you can watch while waiting for ‘Hello, Love, Goodbye’

This is a more mature role for Alden as well, and the material lets him show a deeper side to his acting chops. His character’s personal story carried as much weight as the romance, and in Ethan’s vulnerable moments, we see Alden as a dramatic actor, and not just a tutti-frutti leading man. That’s not to say that he didn’t play the charismatic boyfriend role well, though. The kilig factor was always cranked up to high, thanks also to his and Kathryn’s organic chemistry.

What was admirable about this film was that the love story carried as much weight as Ethan and Joy’s personal narratives as OFWs. Throughout the film, we see Joy breaking down, dreaming desperately about a life where she could provide for her family and practice the degree she worked hard for. “I am more than this job. I want more. I want to be more,” she cries into the void one night while she was venting to Ethan on a pier.

But as with the case of many OFWs, wanting more for yourself is an unaffordable luxury. “Pag ang babae binigay lahat, tanga. Pag pinili sarili, masama. San ba talaga kami lulugar, Ate Vi?” Kakai Bautista’s comedic character Sally bawls one Sunday as the DH gang watch the quintessential OFW film, Anak. “Sa sakripisyo lang ba pwede namin ipakita ang pagmamahal?” It was a humorous scene, but a sincere thought. Vilma Santos’ character in Anak was an OFW mother ostracized from her children. In Sana’y Maulit Muli, Lea Salonga was an OFW who almost sacrificed her career for a man. Like many other female OFW characters that preceded Hello, Love, Goodbye, would Joy be doomed to sacrificing herself for someone she loves again?

Read more: These women-focused organizations could use your support

This film is an important narrative because of its portrayal of a female OFW. It shows how women also dream and that, if given the opportunity, it’s okay for women to choose themselves. Long gone are the days when a woman being “selfish” is taboo, or where a woman’s reason for existence is to provide for others. Joy’s character is an individual with agency and promise, and in Hello, Love, Goodbye, she worked hard to be able to create a choice for herself. She deserves to take it, and the film celebrates that.

Hello, Love, Goodbye, despite being a largely feel-good film, did not shy away from the harsh realities that its OFW audience experiences. Despite being upfront with the struggles of an OFW, it still serves as a gentle, hopeful reminder for our modern day heroes to not forget to choose themselves. To not forget that they can allow themselves to dream, to love, and most of all, to be human.