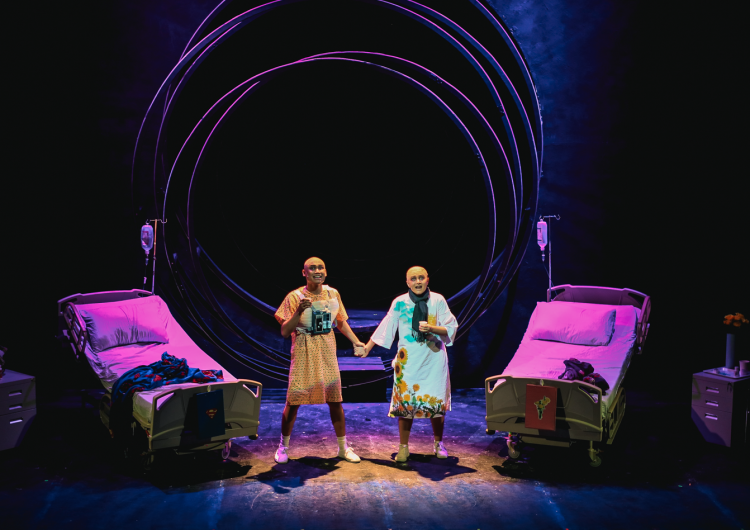 After many reruns of Back to the Future⁠, I’ve occasionally pondered on the hypothetical, “If you had a time machine, when and where would you go?” Aside from seeing The Beatles live and maybe killing baby Hitler, my default response was to press the redo button and turn into a four-year-old again. Who doesn’t want to relive the days of building castles out of blanket forts? Once reality sets in, trading problems for playing pretend is what we’d wish to fairy godmothers we’re still waiting for.

This is a luxury that the characters of Dani Girl can’t afford, where answers to life’s hard questions are sought in the time of childhood. Directed by Toff De Venecia, this musical follows nine-year-old Dani Lyons, who finds herself ill with leukemia after three years in remission. Accompanied by her imaginary friend and guardian angel Ralph, who sports a range of personas throughout the story, she sees an unlikely friend in Marty (or Marty Luke McFly Skywalker, as he prefers to be called), Dani’s fellow cancer patient and devout geek for movies. 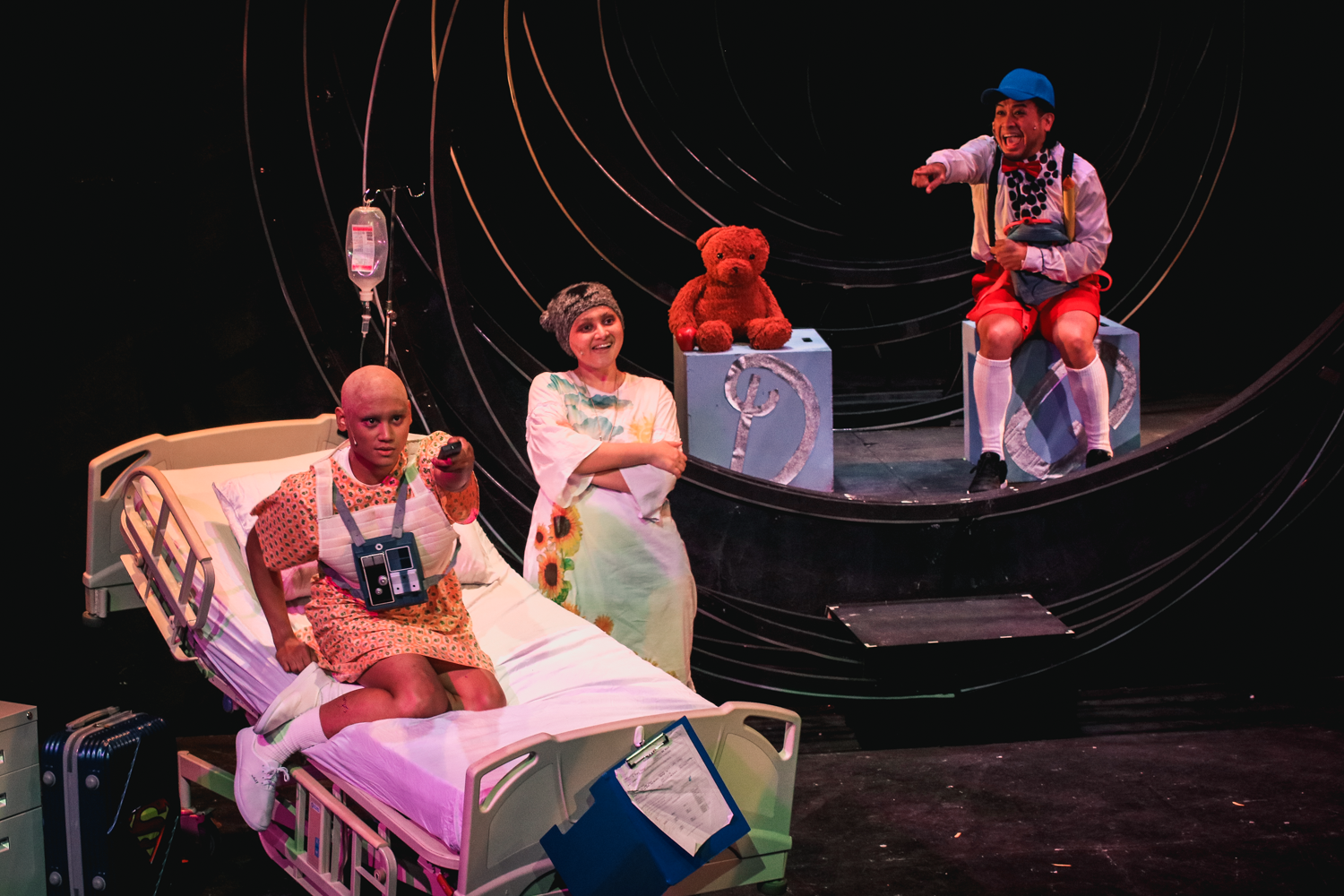 It all takes a turn when Dani starts losing her hair to chemotherapy. There’s one question hindering Dani from getting her hair back, haunting her amidst the upbeat tunes filling the stage: “Why is cancer?” It’s the impossible question⁠—yet Dani, alongside her ragtag group, are determined to get their answer.

Read more: What Hamilton And Filipinos Share On Being Young, Scrappy, And Hungry

Dani Girl is an adventure of its own. It pushes your emotions into hyperdrive without dubbing it as a “rollercoaster,” while grief lingers in the midst of laughter.

Childlike wonder and the tragedies of the human experience meet in the middle with Dani Girl. Its eccentricity makes it more than your typical tearjerker, one that places it on par with Alice’s path to Wonderland. The stage points to the illuminated “Tunnel of Life,” a permanent set piece drawing audiences right in when the curtains part. It’s stylized like time portals in sci-fi films the musical constantly references to, serving the same purpose as Dani and Marty navigate different dimensions. 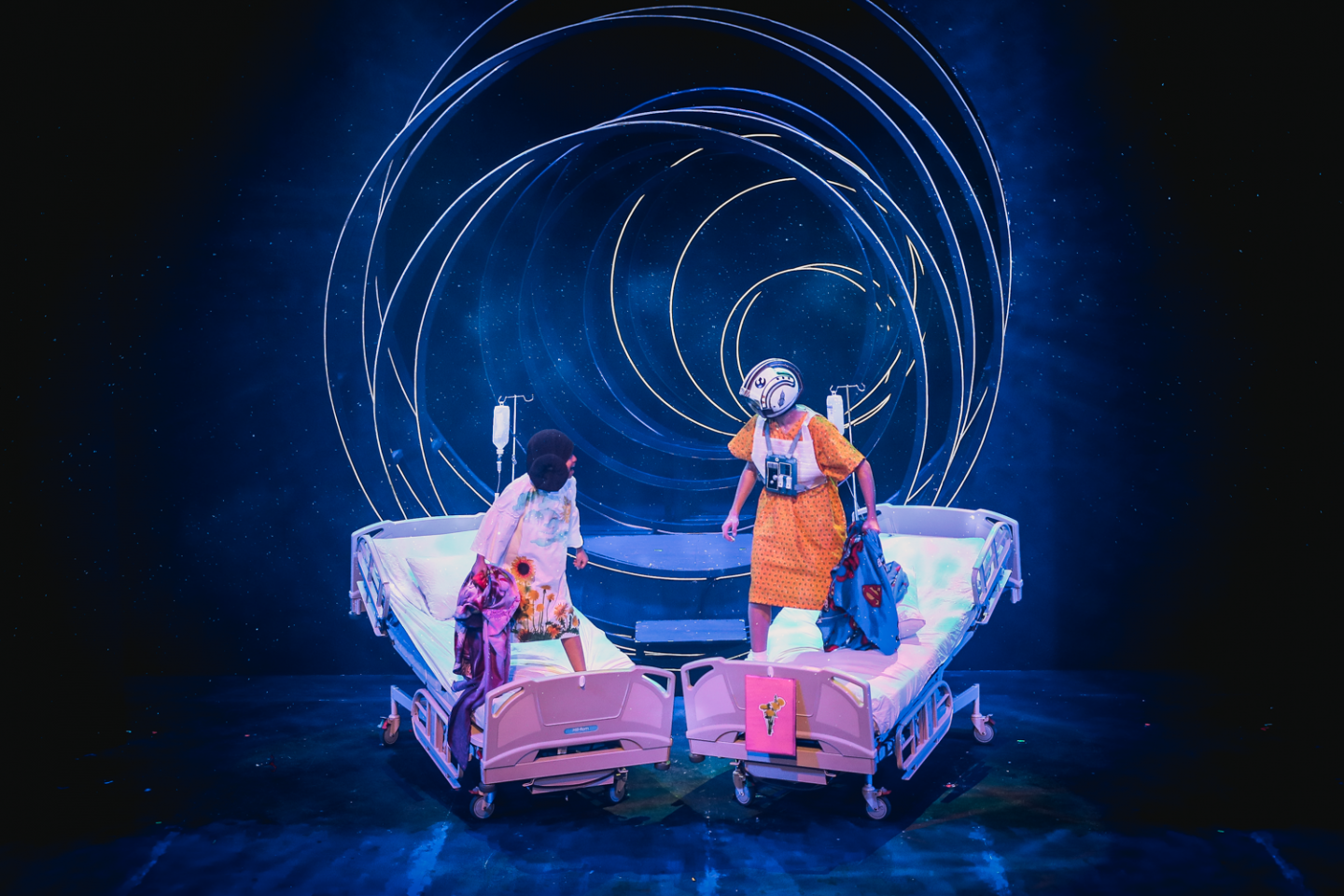 The fantasy elements spotlight the power of imagination, and simultaneously, the stories we hold dear. When Marty sings his solo “Why I Love the Movies,” it serves as partly a love letter to escapism, as well as a nod to whenever cancer’s referred to as a “battle.” Marty aspires to become the valiant hero of the movies, although he doesn’t come to self-awareness of being one in his own life.

On the other hand, while Dani and Marty revel in their imaginary lands, Dani’s mother is committed to steering clear from it. Fairytales were too closely associated with the tragic moments of her life, where stories of happily-ever-afters proved futile. 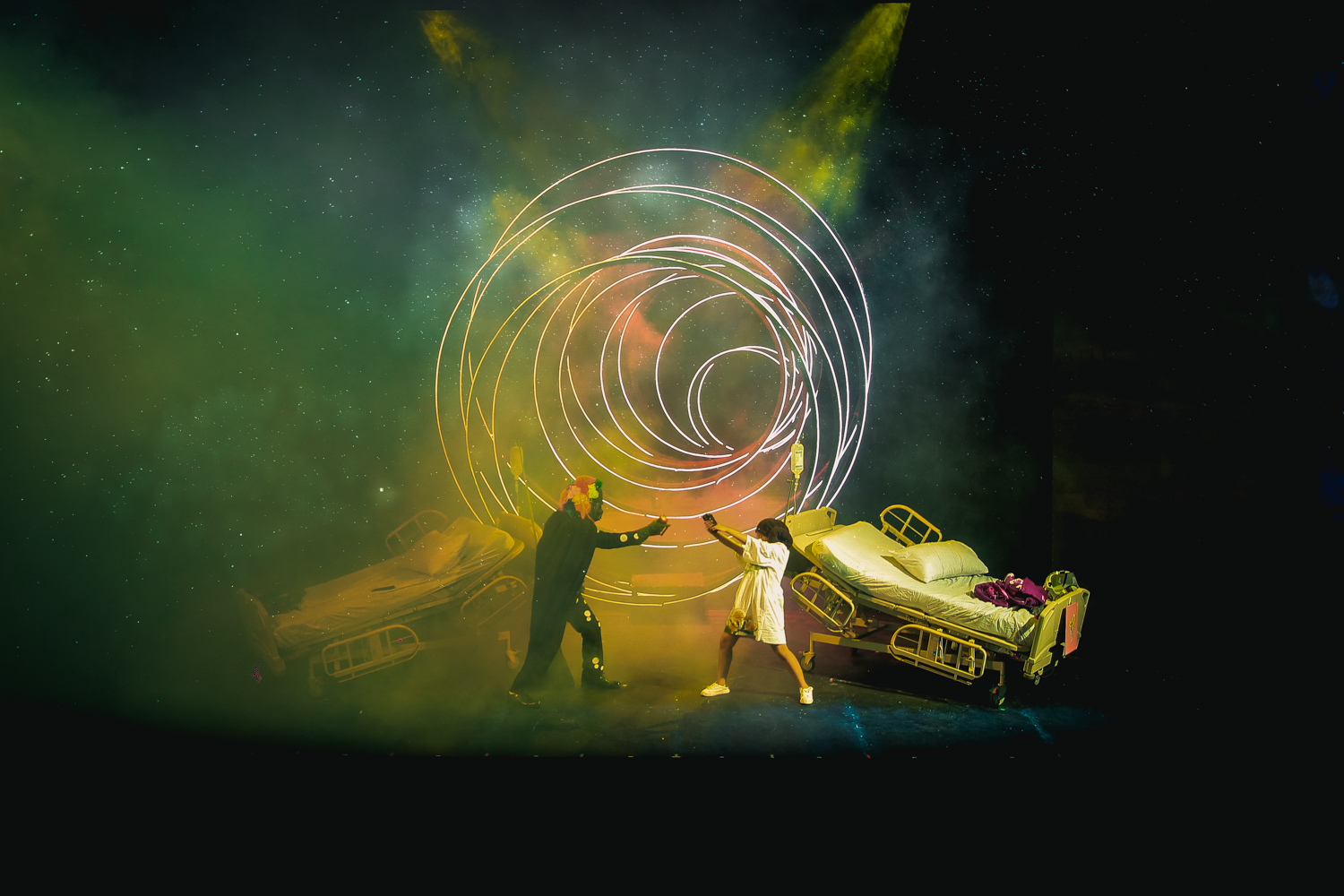 Despite her mother’s warnings, Dani continues using her imagination as a coping mechanism. The musical utilizes this young perspective to execute their show as a whimsical feat, a far cry from the rest of “sick theater,” a subgenre that has covered other illnesses from AIDS to dementia. Dani Girl toys between the line of realism and fantasy, as their appearances aren’t romanticized, bald cap and all, while still fueled by children’s make-believe. The unique storytelling is seen through its clever analogies, such as when Cancer, dressed as Darth Vader, emerges from the portal to duel with Dani wearing Princess Leia hair buns.

Childlike wonder and the tragedies of the human experience meet in the middle.

While these characters’ stories are grounded in illusion, the conditions of Dani and Marty exist as the harsh reality of real children. In the Philippines, almost ten children are diagnosed with cancer each day. Only 200 to 250 of these are able to access proper treatment and healthcare in a year, even though childhood cancer is proven to be curable. As a result, merely 10 to 20 percent attain long-term survival. 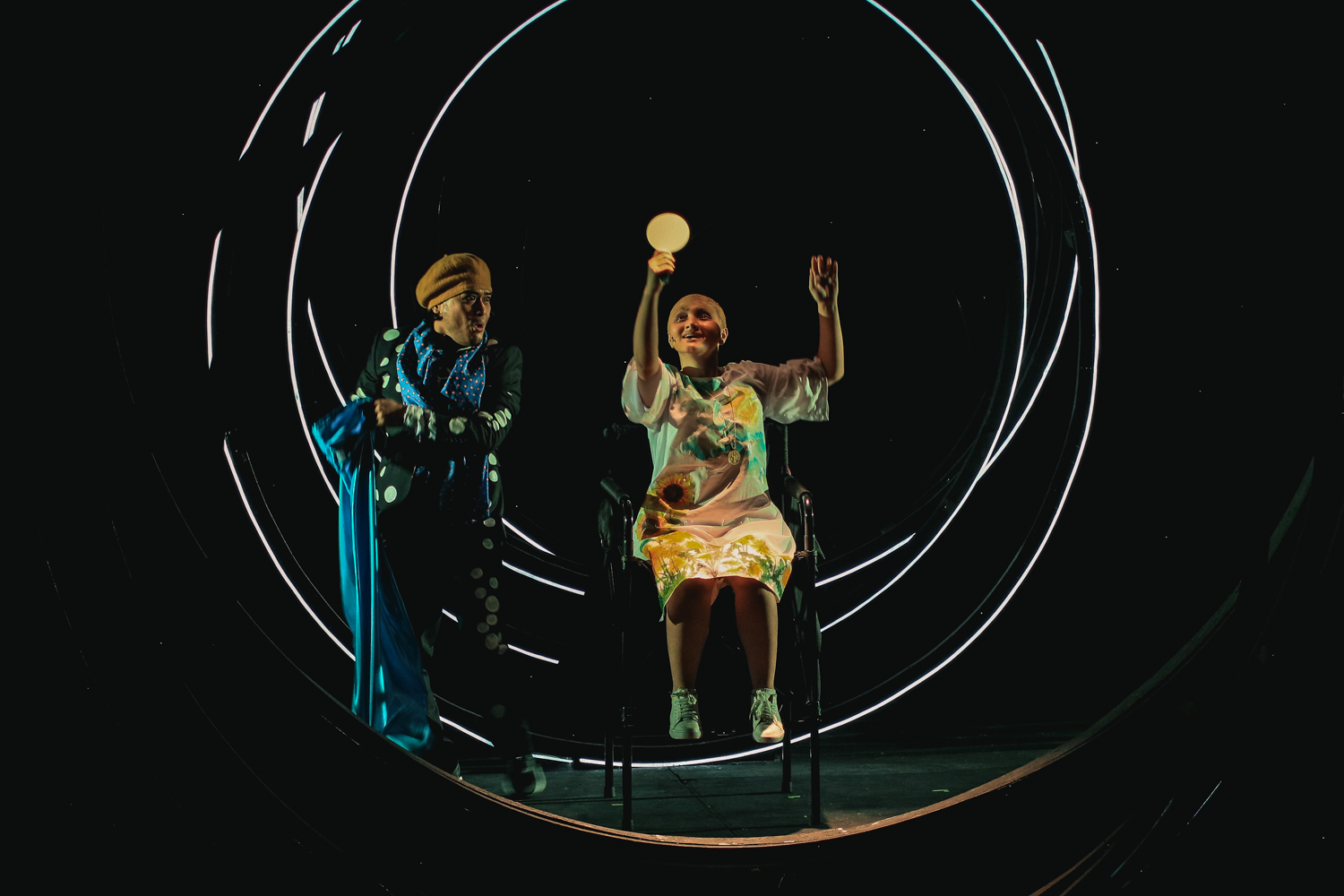 Dani’s disease, leukemia, is cited as the most common condition of childhood cancer in the Philippines, as it comprises 40 to 60 percent of these reported cases. Acute lymphoblastic leukemia is considered to be one of the most curable childhood cancers, if only given continuous treatment. However, a percentage of cancer-stricken children in the country lack medical care, especially those located in remote areas—80 percent of patients in Mindanao live in far-flung communities without access to treatment facilities.

To shelve it as yet another drama imploring for your tears is a disservice, when it’s so much more than that. This musical celebrates childhood, imagination, and an homage to life itself.

Children diagnosed with the disease forego their childhood for a bitter reality. These are the kids who play, draw, and dream of being doctors, despite their condition. A number of support groups aid afflicted patients with medication, counseling and discussions throughout the country. Just like Dani, their imagination and delight are boundless if only given the tiniest spark of hope. 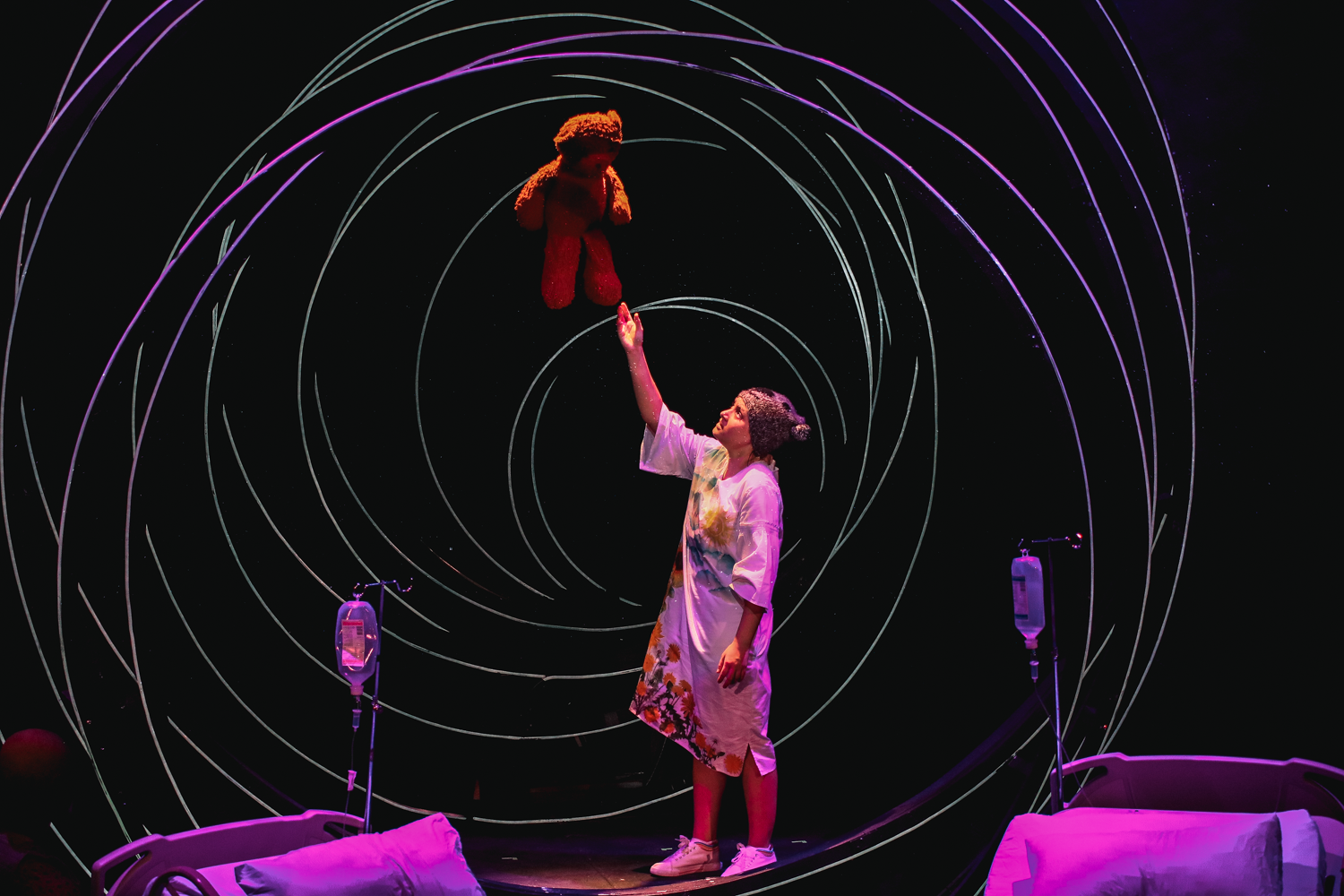 Dani Girl is an adventure of its own. It pushes your emotions into hyperdrive without dubbing it as a “rollercoaster,” while grief lingers in the midst of laughter. To shelve it as yet another drama imploring for your tears is a disservice, when it’s so much more than that. This musical celebrates childhood, imagination, and an homage to life itself. You’ll leave the theater wanting that philosophy for yourself because sometimes, childlike hope will be the only thing that can power you through tough times.

Donate to charities like Childhaus, Make-A-Wish Philippines, and Cancervants to help bring back the magic of childhood to cancer-stricken kids like Dani.

Dani Girl is produced by The Sandbox Collective, in partnership with 9 Works Theatrical. The show runs on a limited engagement from Aug. 10 to Sept. 1 at the Carlos P. Romulo Auditorium, RCBC Plaza, Ayala Avenue, Makati City. For tickets, book online at www.ticketworld.com.ph, call (+632) 891.9999, or visit a TicketWorld outlet nearest you.

Photography by Gian Nicdao, courtesy of Sab Jose of The Sandbox Collective

SHAREThe second run of the Hungarian Film Festival  takes you through the best...