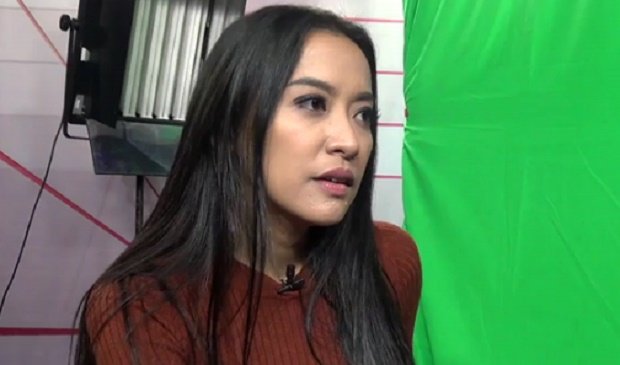 We’re not even a week into 2017 before we got saddled by a piece of news (among others, of course) that should trouble you: Mocha Uson, that woman who absolutely could not stop finding her way into headlines, has been appointed to the Movie and Television Review and Classification Board, or the MTRCB.

Now, people who don’t like her in general (which is about half the country) already know this is a foul move, because how is she qualified, anyway? She made like one good post promoting the recent MMFF (which, now that you think about it, was probably her way in) but other than that, we’re not exactly sure how she’s qualified for this other than by being a celebrity.

But others may not realize right away that inserting a pro-administration figure into the review board may or may not open up a possible avenue for the government to quash any films or TV shows planning to be critical of the people in charge. (And y’all know there’s a lot to hold them accountable for.) Now, it must be said that at this point, this is pure and sincere conjecture, but the MTRCB has set itself a precedent for sabotaging works that aren’t in line with their personal beliefs.

“How, Scout?” we hear you asking. Two ways: they can either suspend a show or ban a movie from showing in theaters, or if they want to maintain a semblance of fairness, they could allow a movie to be shown but with a hard R-18 or the dreaded X rating—essentially killing off a huge part of the audience by the technical limitations of the rating alone and the stigma of watching something rated like that. All because they don’t want anyone getting what they feel is the wrong idea.

Don’t believe us? Check ya history. Remember that the MTRCB slapped The Da Vinci Code with an R-18 a decade ago after butthurt religious conservatives fought so hard to have it banned because they couldn’t tell that Dan Brown’s book was a work of fiction. Ramos-era MTRCB slapped the Iglesia Ni Cristo show on the old Channel 13 with an X rating (be careful, that’s not an easy read) because they concluded that INC’s preaching was “an attack against other religions.” Cory-era MTRCB banned Lino Brocka’s Orapronobis back in 1989 because it was sympathetic to leftist movements.

The other I can clearly remember is a Joel Lamangan film with a scene with a portrait of GMA on the wall of a corrupt official’s office.

Lamangan had to digitally replace the portrait in order to have the film screened for the public. It was pretty ridiculous.

Now we’re not saying that this is exactly what’s gonna happen once Mocha assumes office, only that it’s a likely scenario. What’s worse, though, is that anyone can file a complaint about anything they might find disagreeable in a movie or TV show. And with half of the people being pro-government, pro-Duterte, and a slightly smaller fraction pro-Marcos, they may be emboldened by having someone on their side in such a relatively high place.

One more thing: yes, this shit is wrong and unconstitutional, and you can technically take the MTRCB to task in a court of law, but given the way our highest courts have been deciding cases, how much faith do you have in them?

This may all be for nothing, and there’s a chance that their politicizing of this won’t work. But we’re just letting you know what’s up, so you can stay vigilant. Remain woke, and take no shit.

SHAREWe grew up knowing flags serve as physical symbols of representation. And it’s...

6 local brands to check out for your summer essentials

SHAREThe sun may be hiding behind the clouds the past few days, but...