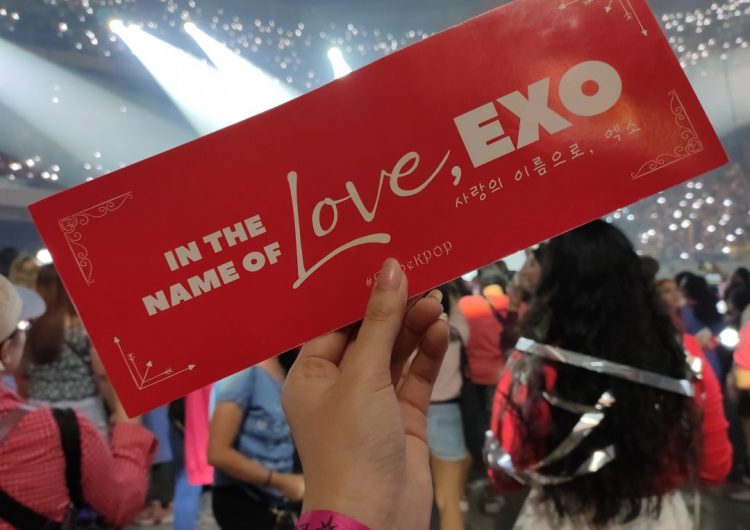 If you were a fan of either EXO or One Direction in 2012, you might remember the fandom wars that ensued between EXO-Ls and Directioners on Twitter. These fan wars broke out when either of the groups had an event, or sometimes even on random days. See, when you were a 13-year-old, proving that your “boys” were the best at what they did was a serious deal.

In my school, there would be cliques formed around K-pop and western music fandoms. Once upon a time, I belonged to the hardcore Directioners’ group. We didn’t really have beef with the K-pop stans, but I personally didn’t get why they were fangirling over groups whose language they can’t understand. So I stayed as far as I can from K-pop. I was a Directioner, I said, and I was so sure I would never change my allegiance.

Little did my 13-year-old self know that seven years later, she’d be screaming at the top of her lungs at an EXO concert.

Here’s the brief. I am a recent fan of everything Korean. My friend got me into K-dramas in 2017. My introduction to K-pop was BLACKPINK’s “As If It’s Your Last.” Back then, I was still confident that I would not fall for boy groups. I was loyal to One Direction, even if they’ve practically ghosted us.

How did I fall in love with EXO, then? When we were writing our thesis last February, we would pull all-nighters which lasted until 5 a.m. I had to find songs to calm me down or keep me awake. But the songs couldn’t be in English, otherwise I would just sing along, or worse—start writing the lyrics into my thesis. Then, I came across a playlist of EXO songs.

I ate my words. I said no one could ever top One Direction in my heart, but here was this K-pop boy group that oozes talent and charm (and humor!) that I was not able to stop myself from falling for them.

Read more: If you’ve ever wanted to be a K-Pop trainee, now’s your chance

When I put my worn-out One Direction poster away and replaced it with an EXO one, I knew it was real. I worriedly messaged my best friend about it and she said it was like I was finally letting go of my first love and letting in a new one.

When Pulp Live World announced the Exoplanet #5 EXplOration concert in Manila, I was torn. I felt like I was too new in the fandom that I might look like a fraud if I went. But I also wanted to see them before more of them went into the military. I wanted to see my bias Baekhyun’s pink hair and his UN Village solo live. A night before the concert, the universe heard me and I got a VIP ticket to see the new loves of my life.

There, I tried to get the full-fan experience as much as I could. As a first-timer at a K-pop concert, even lining up to get the ticket strap and the souvenir card was exciting. I was able to squeeze in some time to go to one of K-mmunity PH’s booths, where I got an EXplOration in Manila pin as a giveaway. They also sold EXplOration in Manila merch for a cheaper price, but unfortunately, my so coveted eribong (the EXO official lightstick), was sold out by the time I got inside the arena. 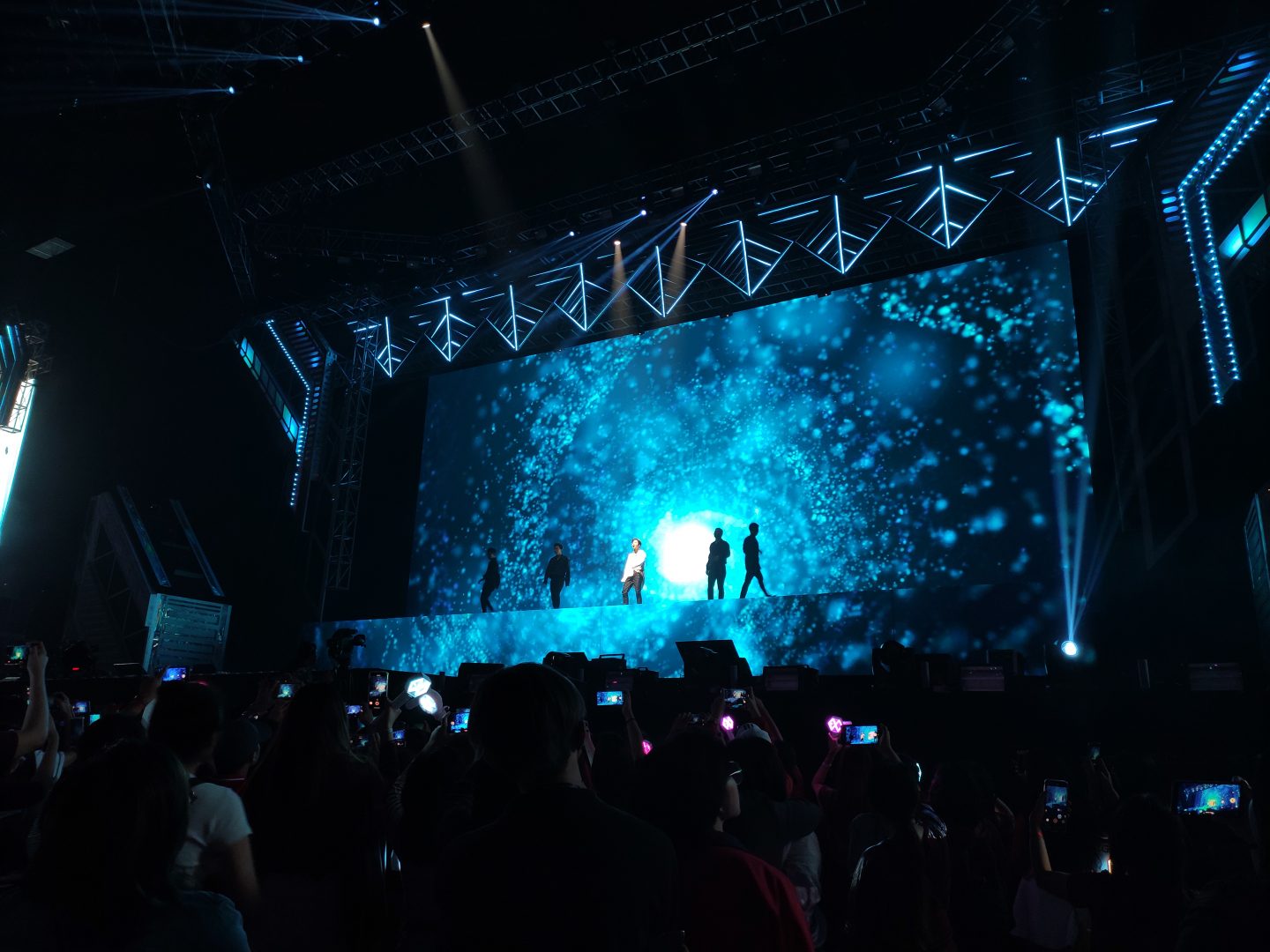 Going inside the concert venue felt like all my life had lead to that very moment. I could hear every dugeun dugeun of my heart thumping in my ears. When the lights dimmed and the show finally began, my eyes were fixated on the six gods who appeared on stage.

Read more: Filipinos can rock these Korean beauty trends as well as K-pop idols do

I lost all my chill when they started performing “Tempo.” The things I used to see only in Youtube videos, I saw in the flesh. The way they gave their all in performances made me appreciate them even more. I never really understood what an “electrifying” performance meant until I watched EXO perform live. Most importantly, I got to know them better by watching their antics on stage.

From time to time, I would take a break from recording everything on my phone to just stare at them and memorize their face, voice, and mannerisms. Thousands of eribong lit up the arena, making the experience even more surreal. I was grateful to have experienced something many fans only dream of experiencing.

My 13 year-old self wouldn’t have believed it if she was told she’d be screaming at an EXO concert at age 20, but at that moment, among the crowd of lively fans cheering on six extraordinary boys on stage, I felt like I was in the right place.

Horror films are fantastic. It’s always fun to sit in front of your...

If this is your first time hearing about a band called Munimuni, let...

Hey, zine-makers! Komura; is offering a grant to produce your dream zine