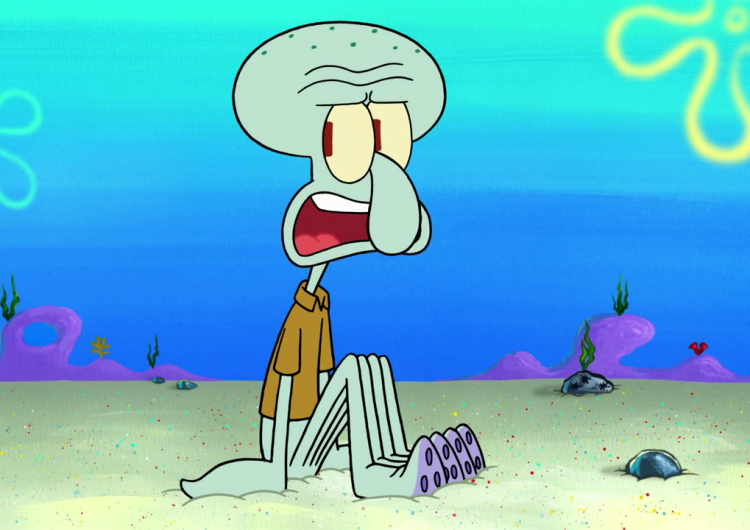 Who lives in an Easter Island head under the sea? Squid-ward Ten-tacles!

According to the New York Times, it looks like SpongeBob Squarepants’ Squidward is getting his own spinoff Netflix series in the near future. This is following a giant multi-year Netflix-Nickelodeon deal revealed to the public last Nov. 13, where Nick will be granting license to Netflix for both old and new shows from their library.

The report claims that it will be a “musical-oriented” project. It’s also a pretty big deal, because according to their source, the entire Netflix-Nickelodeon deal clocks in at over $200 million.

Unfortunately, there aren’t many details on this project yet since it’s under tight wraps. But off the top of our heads, we’re wishing for major clarinet solos, a SpongeBob series song medley, or a musical production that’ll top the underwater gang’s iconic “Sweet Victory” performance.

Oh, and also a lot of relatable situations of Squidward being grumpy. We’re ready to take screenshots of our new favorite reaction pics.