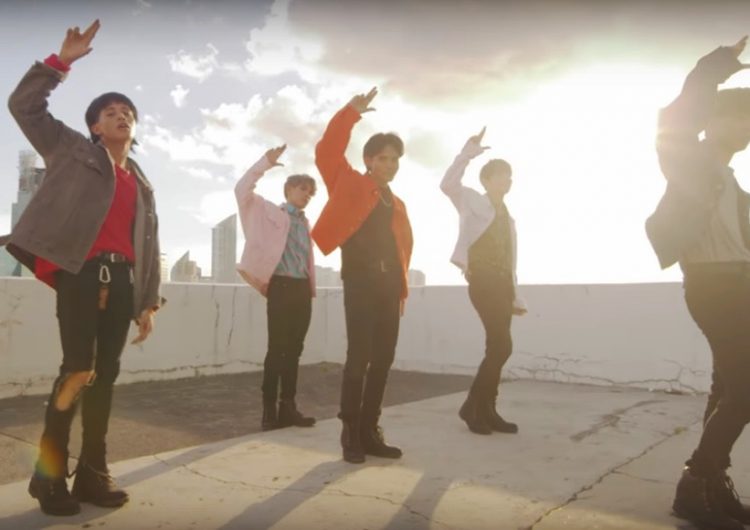 If you aren’t paying attention to P-Pop boy band SB19 yet, just a heads up: They might be blowing up in the near future.

SB19 is now the first Filipino boy band to debut on the US Billboard Next Big Sound chart. The chart is designed to measure which acts are “statistically most likely to become the next big sound,” according to the Next Big Sound company.

A’TINs! No words can describe how thankful we are for this great news. Thank you so much for supporting our dreams and believing in us. Everything seems possible with you. We promise to work harder! Thank you also for sharing your stories through your letters. It warms our hearts to know that you find comfort, happiness and motivation through our music. Let’s GO UP together! ? #SB19onBillboardNBS #ThankYouForever #SB19 #SB19_JUSTIN #SB19_JOSH #SB19_SEJUN #SB19_KEN #SB19_STELL

The chart isn’t about popularity, so much as how the names perform in relation to their popularity. For example, if two acts get 50 new fans, but one has only one single out while the other has five, the former will place higher on the charts.

But popularity isn’t a problem for SB19 either.Their rehearsal video for their first single “Go Up” achieved illustrious internet virality with over a million views on Twitter since it was first posted in September. How’s that for a debut?

So statistics—and more credibly, Twitter people—has predicted SB19’s future success. We still won’t know for sure, but we’ll definitely be on the lookout for them next year.

SHAREY’all remember The Dress? That photo parted the internet into the white-gold and...

Freeze me till it premieres, please