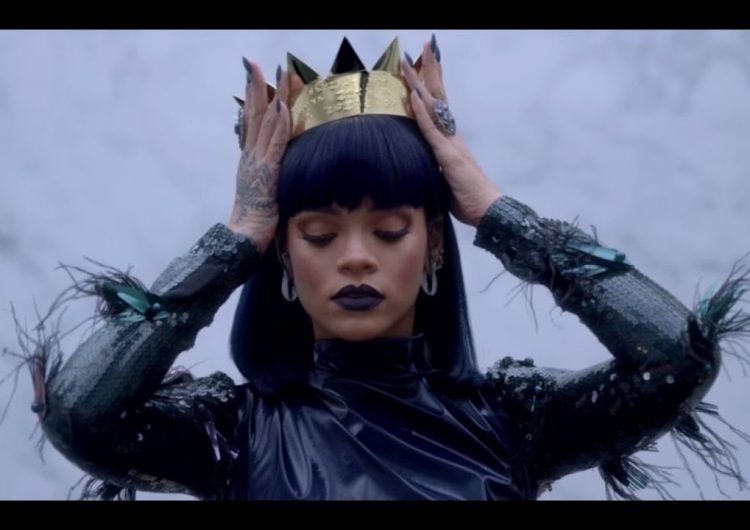 Okay, listen up ladies. We’re getting Rihanna the recognition she deserves for “ANTI”.

After receiving not a single Grammy since its release three years ago, “ANTI” has continued to keep its place on the Billboard 200 charts—outstaying all the Best Album contenders of its year, including the winner.

Read more: Rihanna and Harmony Korine Go For The Kill In ‘Needed Me’

This week marks the 199th that “ANTI” has been on the chart. If it stays on until next week, it will become the first album by a black woman to stay 200 weeks on the Billboard 200 chart. Obviously, the streaming public has more taste than the Grammys board, and maybe even the critics.

Rihanna’s #ANTI has now spent 199 weeks on the Billboard 200 — and is now 1 week away from becoming the first album by a black woman, in the chart’s 61-year history, to surpass 200 weeks. ? pic.twitter.com/HJOOsKcliH

Even more unapologetic than, well, “Unapologetic”, “ANTI” received mixed reviews. Pitchfork called it underwhelming, The Guardian dubbed it confused, and Telegraph called it Rihanna, without the hits—all of which just proves the entire point of the record.

It resonated with the public and even fellow musicians, yet it apparently met none of the traditional gatekeepers’ expectations. Maybe it’s because it’s not a slew of factory hits? (“Where are the hooks and verses?” one critic wrote, as if that’s the only way to make a song.) Or maybe it’s because it unapologetically celebrates Rihanna’s femininity and black heritage—an unfamiliar taste to the white-pandering American music industry? But I digress.

It is Rihanna’s quintessential anti-pop album, a record ahead of its time, and a disruption that the industry needed.

So yes, “ANTI” deserves a historic record. Not that charts and awards mean as much as it used to—and not that Rihanna has anything more to prove—but might as well give it to her anyway. It’s what she deserves.

Let’s get to work, Navy.