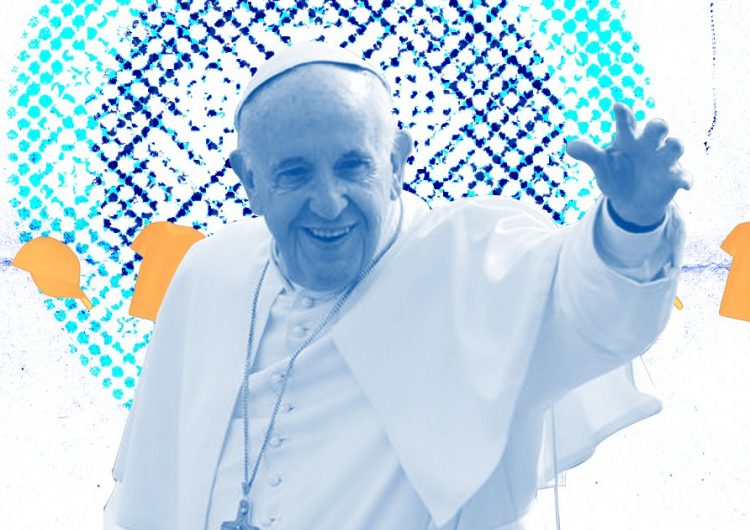 Lately, concert-going culture has been more demonstrative than ever. Lightsabers are raised from left to right, and wearing a shirt with your idol’s face in broad daylight probably won’t turn any heads. Lining up for merch is #nosweat, and this is exactly what we saw in Pope Francis’ Japan visit.

Read more: These queer people found God without turning their back on homosexuality

In a photoset tweeted by @choerryradio just a few days ago, we see people in Japan actually lining up for Pope Francis memorabilia—and, get this, there is more than one line. Tote bags, caps, cups, and calendars are being sold with the logo of “Project All Life,” in line with Pope Francis’ four-day visit to the Land of the Rising Sun.

the pope has fanmeeting goods… pic.twitter.com/OPezC3HfpW

During his brief visit, Pope Francis was also seen wearing a “happi,” a traditional straight-sleeved Japanese coat. It’s anime-inspired, too: glowing text (“Pope, we are your hope!”), cherry blossom icons, and digital drawings of the Pope and the Japanese people are included in the design. This isn’t exactly unusual for Pope Francis, who is known to be an unorthodox religious leader, but it was still a pretty interesting sight. While going around Japan for the second time, he also encouraged the youth to continue doing their thing. 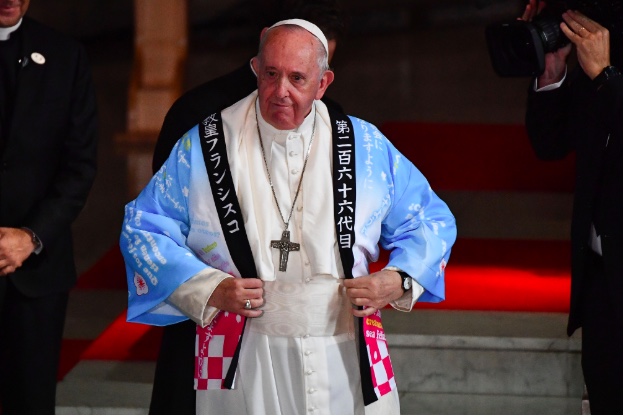 Pope Francis has previously revealed that he once hoped to become a missionary in Japan. “I don’t know if you are aware of this, but ever since I was young I have felt a fondness and affection for these lands,” he said. This makes me wonder if the Pope spent his childhood summers watching anime too. Only he can tell, but what we know so far about the Japanese fandom culture is that she’s seen, she’s heard, she’s felt—especially in the shirts and caps.

SHARESpider-Man became a young, mixed-race teenager from New York, Thor passed on the...