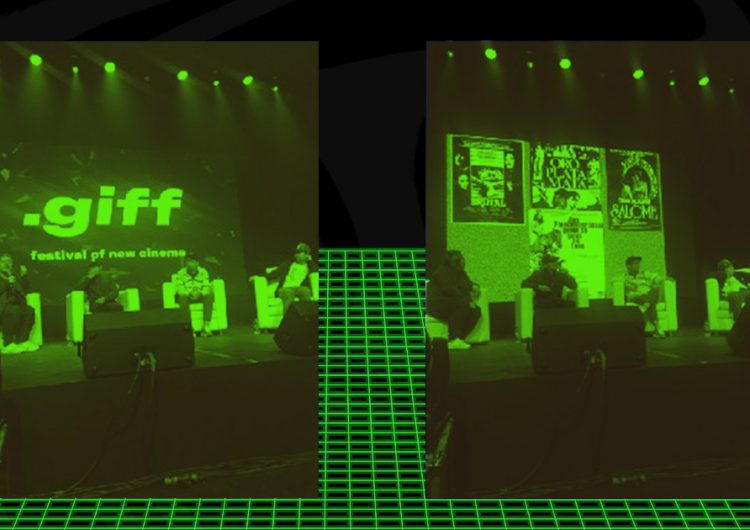 Before most filmmakers mastered the full-length feature, they all started somewhere. They’ve probably made their camera-shy friends act out a heavy drama, using an unassuming point-and-shoot. Probably. What we are pretty sure of, though, is that they first had to conquer the route of short films first. But get this: doing shorts is not just about testing the waters. Creating short narratives is an entirely different kind of art compared to making full-length movies. Neither is easy.

Read more: Want to write about film? This film critic’s book can get you started

Last Sunday, we signed up for the short film masterclass at .GIFF Festival of New Cinema. Conducted at Illumination Studio, Makati, we had three of the best filmmakers in the Philippines as our lecturers. There’s one of the pioneers of alternative cinema—Raymond Red—whose works include “Kamera Obskura” and “Manila Skies.” Sitting next to him was JP Habac, who’s responsible for the iconic 2017 romcom “I’m Drunk, I Love You.” The third was Cebu-based Keith Deligero, whom we thank for films like “A Short History of a Few Bad Things” and “Babylon,” and for, of course, spearheading Binisaya Film Festival.

We managed to take home some advice from the guys who’ve experienced it all.

Brush up on the history

Veteran director Raymond Red’s self-introduction couldn’t be complete without telling a bit of short film’s history—the place he’s genuinely grateful for. He traces back to the early 19th century, when cinema was “being invented” in a myriad of ways—from Thomas Edison’s attempts to the evolution of the camera, projector, and our cinema language. Cinema, he believes, was born in short film. In the Philippines, the history of short film should have started when Jose Nepomuceno set up his studio and produced “Dalagang Bukid.”

In fact, he shared a point by film scholar Nick Deocampo which he agrees with. “We should have actually celebrated the centennial year of Philippine cinema two years ago. Because Nepomuceno set up his studio in 1917 and he started shooting news reels. Why do we celebrate World Cinema with short films whereas Philippine centennial is celebrated with the long film? It took [Nepomuceno] two years to produce “Dalagang Bukid.” That’s very significant to think about,” Red says. Time to give the love our short films deserve.

Have respect for the medium

“Ibang monster ang short film,” JP Habac says while going through his body of work. Raymond Red nods to this. Habac highlights the importance of conciseness, which can make or break a short film. The up-and-coming storyteller experienced countless jobs in the film industry—from being a camera caretaker to a production designer—before he became a director of full-length films. Even though he’s already set foot in the full-length game, he admits having the incessant urge to go back to short films. “Doing short films is essential to doing long ones, especially in concept development,” he says.

Short films have built Habac’s growth as a filmmaker in a myriad of ways. His short films became his entryway into both local and international filmmaking. Aside from this, he considers doing shorts as his “therapy,” too. “Lagi kong nilalagay ang sarili ko sa kwento,” he tells us. “Create something you think is important to you, or has a purpose.”

Power through the rejections

Keith Deligero’s success could almost mask his humble beginnings, but he chooses not to. “I didn’t go to film school. I didn’t go to film workshops. I’m so not worthy,” he says frankly, looking at Red and Habac. Unlike the two, Deligero didn’t prepare any deck for the lecture, but he showed some snippets and trailers of his films. They were enough to tell his filmmaking journey.

SHARETwitter is giving you a chance to think about what you just typed...

Wes Anderson is cooking up another Roald Dahl film