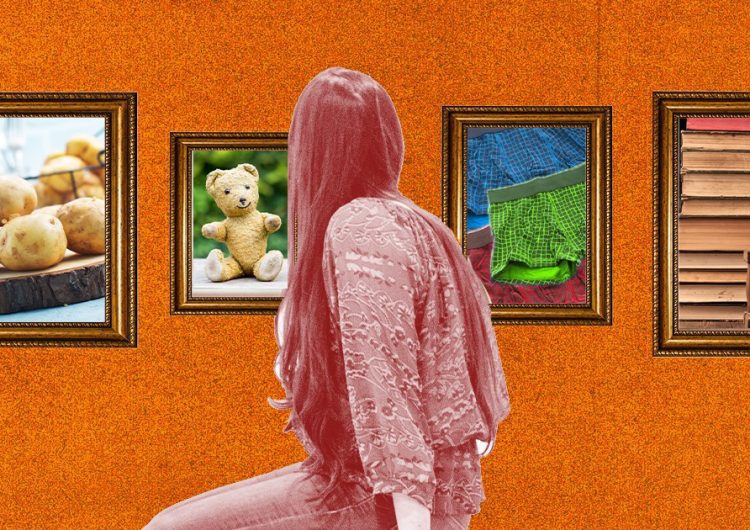 This December, we explore what it means to give and to receive— and what that exchange could imply— in a series of personal essays. Here, Rysa Antonio highlights how people cannot really control or, at times, anticipate the gifts they receive as she lists down personal presents with less than favorable background stories.

The last time I wrote down a gift wishlist was when I was in highschool.

Every year since I escaped the class Kris Kringle, I would tell college friends and, eventually, close co-workers, “Just get me something you want me to have.” This was my constant request regardless of the occasion that called for it.  As someone who enjoyed living life voyeuristically through books, even acts like gift-giving were interpreted as other-centered—despite me being on the receiving end.

That being said, it was very rare for me to get disappointed in the gifts I get. It’s kind of hard to be, especially when I’m very upfront about having zero expectations. The gifts I received based on my single instruction of “just get me what you want me to have” have ranged from books way outside my literary taste to an uncooked egg with a smiley doodled on it. I loved these oddball presents with a misguided sense of sentimentality enthused with an ironic sense of humor.

These laughable trinkets aside, craving authentic human connection over material superlatives has cost me as well—in more ways than one. Not all of the gifts I have received boded well with me despite my supposed fool-proof criteria. These are the rare presents that are stored in the deep crevices of my mind palace, sitting neatly beside my oddly specific trivia knowledge on Kikkomachine Vol. 5. Right there, underneath a nostalgic sheet of dust and heavy-set storage doors, my personal museum of unwanted gifts.

I have to say, this was my first time receiving an apology gift.

To be fair, he wanted to say sorry. The domain was my name and the html was bare-bones, just housing apologetic text and a low-res image of potatoes (it was a reference to an inside joke, much like my taste in men back then). After courting me for 4 years, things were getting kind of blurry. I have to say, this was my first time receiving an apology gift. I was just 17 when this happened, making this as gloriously painful and awkward as you would expect. Years later when he graduated from a computer science course and began his career, I wondered if he still made websites for people out of guilt, and if he did, whether he figured out how to upload higher resolution images with better load time.

“This is a dog brush… Like a brush. But for dogs.”

My hair cascades into long brown curls. It looks pretty tame now, but back when I was thirteen with a limited sense of hair grooming my curls were basically a puff of frizz sitting atop my head. My father proudly declared he found the perfect brush to control my sorry excuse for a fringe. I pulled it out of the wrapper and simply said, “This is a dog brush… Like a brush. But for dogs.” He laughed and replied, “Of course it isn’t.”

I used that dog brush every morning of my entire freshman year of highschool.

I put them all in a box and sent them off as donations to children who could love them again as if they were new. Sans context, innocence returned.

This was a bribe. An innocent plushie attempting to mask months of manipulation from someone I thought I could trust. The physical space it took up was meant to plug the hole that was torn into my safe space. What was meant to be the latest addition to my collection of cotton-filled bears, ducks and bunnies, became a symbol of my blind loyalty. My love for the stuffed animals lining my bed quickly faded into disgust. I put them all in a box and sent them off as donations to children who could love them again as if they were new. Sans context, innocence returned.

I wear them (reluctantly) to this day.

A set of briefs

She definitely didn’t notice, but my mother meant well, I’m sure. I wear them (reluctantly) to this day.

…the ratio of which I do not know and that which I do are infinitely disproportionate.

An impressive collection of old books

I like to think I know a lot of things. But at the end of the day, the ratio of which I do not know and that which I do are infinitely disproportionate. That applies to everyone, yes, but when the things I don’t know are in close proximity to the things I should know, I start to jitter. Like how I found out, much too late, that my paternal grandfather loved reading. On my 18th birthday, years after he had passed, my grandmother gave me two large bags of assorted reading material. It had local cookbooks, an encyclopedia of home ailments, autobiographies, research publications and many other non-fiction books. As my hands grazed the thin sheet of dust on the covers and read the hand-written footnotes on the dog-eared pages, I considered all the opportunities I could have had to discuss these with my grandfather. The kinship that explained my other-centeredness. I look at the old clock ticking away in his workshop with its labored squeaking. For once, I wish I could have chosen a different gift from him for my birthday.

Over the course of time, the collection grows. This is okay with me, preferred even. These were gifts I never wanted to receive, but I look at them with the melancholic understanding that I needed to. When faced with unwanted presents, to forgive is to receive.

SHAREThe rap game is no joke, take it from Bawal Clan and Owfuck....