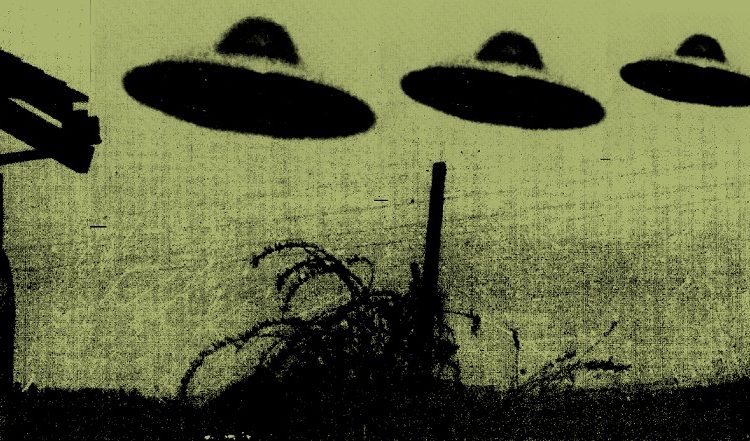 In the middle of 2019, a portion of the world’s population turned into advocates for alien emancipation. Miley Cyrus was in on it. Lil Nas X devoted a whole music video to the subject, even starring Keanu Reeves. A large group of Facebook users, at one point four million strong, agreed to join forces in an attempt to infiltrate the planet’s most tightly kept secret: Area 51.

For humor’s sake (or not), the millions who RSVPed were all drawn to a curiosity, a mainstay in our existential crises. In the infinite vastness of the universe, the Earth is a minuscule spot among the planets that surround us—surely, we’re not alone. This fascination is partly due to being surrounded by sci-fi movies, and partly because the truth is wrapped up in secrecy, where only the powers that be know the real deal

With that, the possibility of extraterrestrial life is still wrapped in enigma, doubled by the desire to protest against the secrets of authority. For the rest of the crowd who took “Storm Area 51” seriously, in order to uncover these secrets, they’ll have to take the reins.

The Philippines has seen its share of UFO incidents. In the early 2000s, Las Piñas was the hub of activity when a resident witnessed dancing lights across the sky, which he promptly filmed on camera. Years later, he and his neighbors noticed reddish metallic glares flying east in the same city. Teams from the United Nations and the Philippine Atmospheric, Geophysical, and Astronomical Services Administration (PAGASA) remain at a standstill without a solid conclusion. In 2015, the skies of Pampanga were dotted with motionless lights, which then shifted into a “V” formation. Last year, Negros Occidental was met with illuminations every night, fading in and out at different times. However, PAGASA claimed that this may have been a satellite of the International Space Station, among other proposed reasons.

In the infinite vastness of the universe, the Earth is a minuscule spot among the planets that surround us—surely, we’re not alone.

Despite the fact that the Philippines may not have an Area 51 to storm at any given time, mystic locations across the country have been noted to attract extraterrestrial life. While Mt. Pinatubo and Mt. Banahaw are known for the supernatural spirits that dwell in their surroundings, they may also find an explanation for them in alien life. For seasoned paranormal and ET expert Dr. Jaime Licauco, this is simply a norm.

With more than 17 books and numerous published articles as a Philippine Daily Inquirer columnist, Dr. Licauco has brought the matter of life beyond our own into the local discourse. He has recounted several incidents where he witnessed UFOs, such as in Pila, Laguna, Roxas City in Capiz, and even outside the window of his house in Parañaque. Beyond that, he has dabbled with close encounters of the third kind, speaking with an extraterrestrial woman situated on a boulder at Ciudad Verdadero, as he entered an astral state.

Read more: ‘ANi: The Harvest’ might take Filipino sci-fi to the next level

To Dr. Licauco, what were considered supernatural apparitions were beings from other galaxies using figures of gods to capture our attention. Despite the clichéd use in sci-fi film, their purpose here is summed up in one sentence: They come in peace. “The real reason why they are here and why they are showing themselves more is to prevent the possible occurrence of nuclear war,” Dr. Licauco tells me. As explained by local ufologist Col. Bernardo Ceguerra, UFOs come by to prevent the escalation of hostilities, stopping a third world war in the process. According to him, the thwarting of Prime Minister Lee Kuan Yew’s assassination attempts were ET interventions. Abduction was never part of the equation.

How would you recount your close encounters with UFOs? What went through your mind during the first time?

Most of my UFO sightings and experiences happened a long time ago, from 1980 to 1990s. I first saw bright lights in the night sky in Mt. Banahaw. They made unusual movements and maneuvers that could not be done by earthly aircraft, and the lights stayed as long as five or more minutes. People of Mt. Banahaw are used to them and do not give them much thought. I didn’t believe in UFOs or ETs at that time, but I was very open to the idea that there could be other life forms outside our planet Earth. I waited for more reasonable or rational proof or evidence before believing in them.

The Banahaw UFO sightings were followed by other sightings, specially in Pila, Laguna. These were witnessed by hundreds of people who gathered one evening because of news that UFOs will show themselves on that particular date. They did show themselves. That time, they were not just lights but elongated spacecrafts passing in silence from north to east around midnight. These experiences led me to read extensively on the subject.

To Dr. Licauco, what were considered supernatural apparitions were beings from other galaxies using figures of gods to capture our attention. Despite the clichéd use in sci-fi film, their purpose here is summed up in one sentence: They come in peace.

Your close encounters with ETs usually involve natural and mystic spaces. Why do you think extraterrestrial beings gravitate towards these places?

I didn’t have any idea at that time why this is so. But now, I believe it’s because those mystic places are power spots or possess strange magnetic energy fields. They are entry points or portals to other dimensions.

I’ve noticed that in all of your encounters, these ETs make use of mediums to communicate with human beings. Do you think there’s a particular reason they do so, rather than resorting to direct contact?

These ETs are paraphysical in nature. They had to assume some sort of physicality in order to contact or connect with Earth people. They are not purely physical nor spiritual. That’s why they need mediums who are sensitive and who can act as receivers of their messages. Not everybody is sensitive enough to be able to directly communicate with them.

In recent years, UFO sightings were reported in Pampanga and Negros Occidental. Some considered them legitimate, while some thought they were just flying machines. How do you distinguish between a hoax and something closer to reality?

It is difficult to distinguish between a hoax and the real thing when it comes to UFOs and ET encounters. But in the Philippines, I don’t think there is anybody who is creative or wealthy enough to launch an elaborate hoax. What would they gain from it? However, in Western countries, there are many reported cases of hoaxes in this field.

With the internet and easy access to cameras with smartphones, do you expect an increase in the capturing of UFO images?

“There is enough evidence or proof of their existence in the huge monuments and artifacts they left behind. All we have to do is to keep our eyes wide open,” says Dr. Licauco.

Why do you think there was vehement denial and secrecy in the past? Whereas now, some government officials freely talk about extraterrestrial existence. Do you think there’s a reason for the sudden transparency?

Government officials cannot continue to deny the existence of something that millions of people all over the world have seen or encountered. They could not all be hallucinating! They could not all be insane! There is vehement denial because, perhaps, of the mistaken fear that such revelations might cause public panic, or they could be hiding something.

Sci-fi movies always portray massive alien invasions. Do you think that would be an actual threat?

There’s absolutely no threat of alien invasion of planet Earth. If the ETs’ intention is to invade Earth they should have done so long ago. But why haven’t they done anything yet? The real reason why they’re here and why they’re showing themselves more is to prevent the possible occurrence of nuclear war. Right now, the big powers of Russia, America, and their allies have enough stockpile of nuclear weapons that could destroy the whole planet. ETs want to make sure this does not happen because if Earth is destroyed, it will create chaos in the galaxy, which will affect them too.

Nowadays, is there more acceptance with the general public when it comes to life outside Earth? How would you compare the level of acceptance in the past with that in the present?

There’s definitely greater acceptance. There is enough evidence or proof of their existence in the huge monuments and artifacts they left behind. All we have to do is to keep our eyes wide open. The evidence of aliens coming to Earth can be found especially in Egypt, Africa, Peru, and Meso-America. Researcher Graham Hancock called this evidence “fingerprints of [the gods].” Mainstream scientists and archaeologists have ignored these proofs of alien visitations for reasons of their own.

Thanks to the makers of “Blue Bustamante” and “Patintero,” plus digital creator Chris...

SHAREWhile we still can’t afford to leave our homes and take crazy-ass adventures...