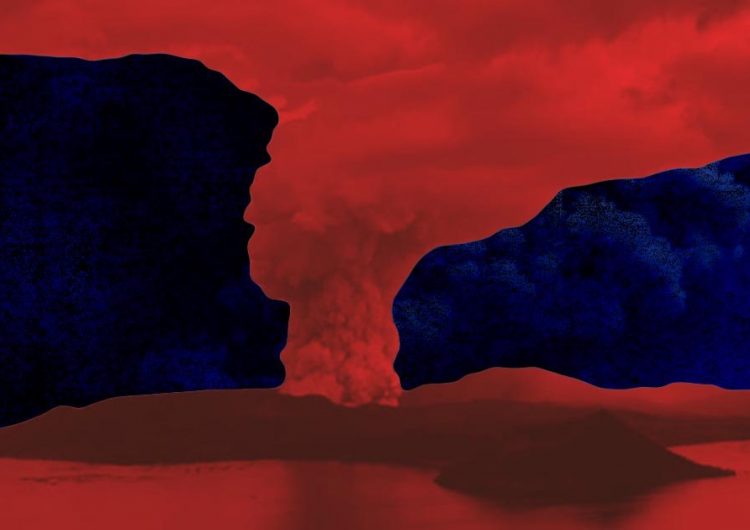 After being dormant for 43 years, the Philippines’ second-most-active volcano Taal has erupted—producing “belched steam, ash, and small rocks” yesterday, Jan. 13, as reported by Inquirer.

This eruption has affected surrounding areas like Tagaytay, Talisay, Agoncillo, and Lemery. A satellite imagery showed the extent of cloud cover of the eruption extending up to the rest of CALABARZON, Metro Manila, and Central Luzon. This was declared as a “phreatic explosion,” where “water beneath the ground or on the surface is heated by magma, lava, hot rocks, or new volcanic deposits.”

Since the news broke out, people have taken to social media to look out for one another by circulating live news updates and tips on how to protect oneself. A major talk point given the possibility of inhaling ash was picking the right mask to buy. Many users began purchasing the thinner surgical masks in drug stores until multiple online posts started indicating that N95 masks are the ideal protection against the ashfall. This is backed up with an existing study entitled “The effectiveness of respiratory protection worn by communities to protect from volcanic ash inhalation” the best mask to wear during an ashfall is the N95 mask, and surgical masks being the second. According to the study, it’s also best to check if the material properly fits your face: “This performance may be less important if the mask does not adequately seal to the face, thereby letting ingress of particles around the mask edges.”

Unfortunately, by the time this got out most people had already stocked up on regular flu masks that have reportedly been sold out. The sudden demand for the masks was also triggered by a reminder from the Department of Health (DOH) about the possible health risks of inhaling volcanic ash.

Later on Sunday, the Philippine Institute of Volcanology and Seismology (PHIVOLCS) raised the danger level to 4. Alert level 4 is characterized by intense unrest and warns that a hazardous eruption is possible within hours to days. Taal’s activity remained the same level as it started spewing weak lava fountains at around 3 a.m. today, Jan. 13. This lava fountaining—as exhibited in the main crater—is caused by the magmatic eruption, along with flashes of thunder and lightning.

As people have been figuring out what to make of that scenario online, geologist Carlos Arcilla stated that the lava fountain “signals ‘limited’ potential damage.” It might be a sign that it’s not going to be an eruption full of pyroclastic materials, so it might not be as dangerous as expected.

Other attributes of level 4 have also already been felt in the area near the volcano, such as earthquake swarms. As of writing, Batangas has already experienced its fourth earthquake within 24 hours this morning, with the magnitude of 4.1. As a matter of fact, 75 volcanic earthquakes have already been recorded by PHIVOLCS within Taal volcano’s area. According to several tweets, people have been struggling with the absence of electricity, signal and the lack of water source in the earthquake-struck areas.

Alert level 4 also means strong ash explosions, increasing rates of ground deformation, and swelling of the edifice. Lava flow also increases, as well as the frequency and volume of rockfall. Today, we’ve also been warned of a possible volcanic tsunami if the alert raises to level 5.

Aside from these reminders from the authorities, ordinary citizens have been formulating their own ways lend a hand, even from miles away. Through social media, people are taking it upon themselves to look for each other and post live updates from where they are (from EDSA to Cavite) along with reminders. Two of these are keeping your pets and their bowls indoors; as well as avoiding switching your air conditioner on during the ashfall as it may damage your unit.

Moving forward there is a very real possibility of raising the alert level to 5, which may occur due to different reasons—when water is “displaced by deformation of the lake due to rising magma,” “pyroclastic materials flow from the volcano into lake” or even if landslides due to volcanic activity happen.

According to PHIVOLCS’ monitoring chart, we would need to wait at least two weeks after activity drops below level 4 to confirm the decrease to alert level 3 or 2.

In this time of natural disasters, the least we can do is spread awareness to our friends and family who don’t have much access to information, stay indoors as much as possible, help our community in cleaning the ashfall’s aftermath, and be careful not to fall for people taking advantage of the situation by raising the price of basic needs.

To battle against these opportunistic motives, concrete solutions have been made available for those who want to genuinely help. Manila Water has sent 30 water tankers to the evacuees affected by the disaster. Groups like the Southern Tagalog Serve The People Corps, UP Manila Student Council and more have quickly called for donations and volunteers online to aid the damaged communities. If you want to help these groups, head to the pages for details on how to contribute.

Info from STPCorps. Stay safe Luzon friends. Wear your masks and don’t be assholes to each other.

Let’s continue checking up on each other and providing updates from our end too—a simple share or retweet of accurate information of the eruption’s effects can help other people prepare instead of spreading panic.