What has always turned me off when it comes to hip-hop is the “braggadocio” aspect of it all. Now don’t get me wrong, I have a huge amount of respect for the genre. What put me off on digging deeper is mainstrem hip-hop’s love for shallow bangers and a big booty. Sorry, I was ignorant back then.

That’s not the only face of hip-hop. I learned that later in life. When Los Angeles Times announced the genre’s renaissance in the late 2000s, mainstream hip-hop has changed since then. It toppled the long-reign of rock music as the pop culture’s pulse. It placed rappers like Kendrick Lamar’s on the map and Soundcloud rappers like Lil Uzi Vert putting mental health on blast.

Hip-hop range widened since the ‘70s. It’s vaster and has given birth to different genres. One I’m really fond of is cute rap. And in cute rap, lilbootycall is king. 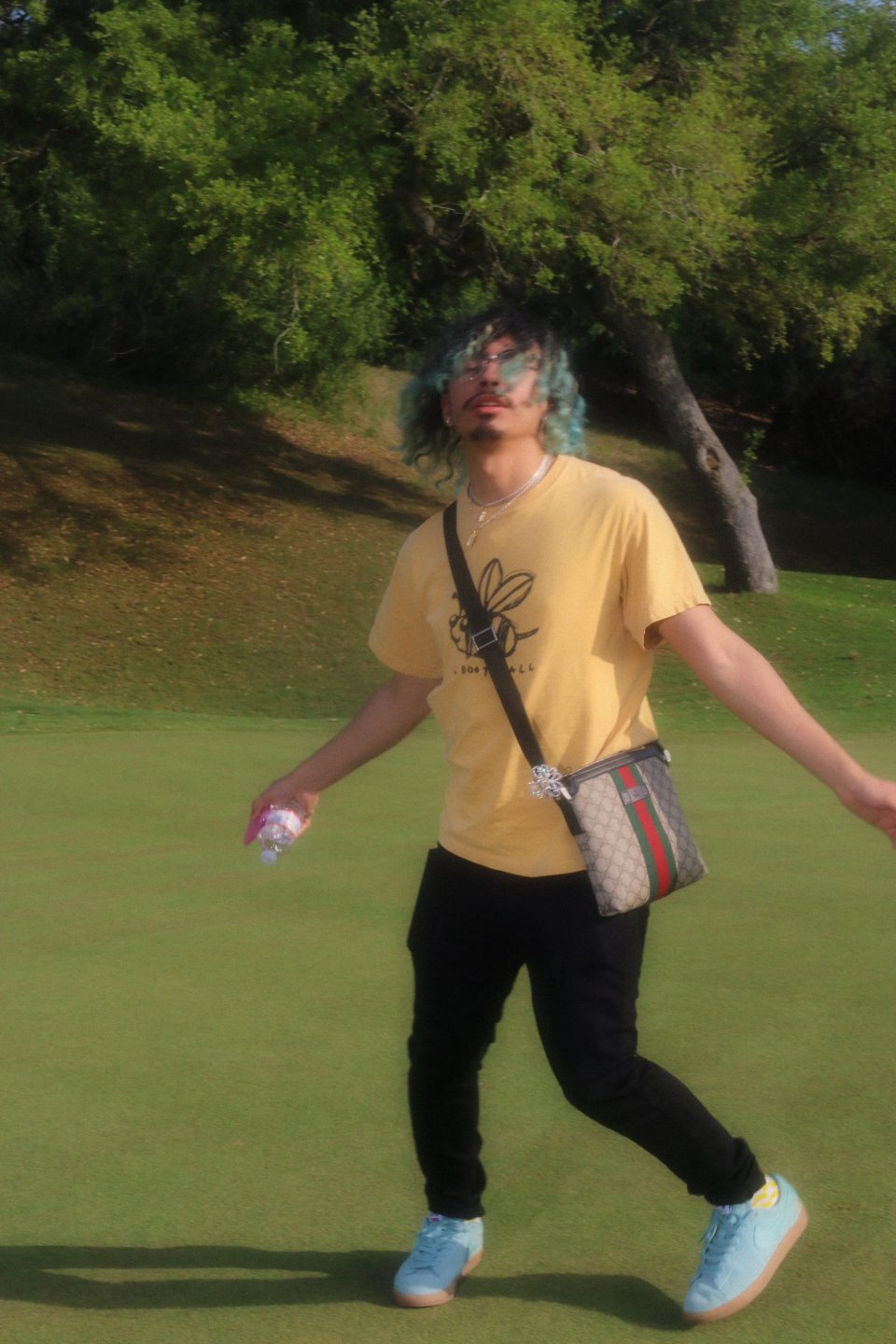 “i just make music off my emotions and my past. my songs ‘yugioh’ and ‘sailor moon’ are strictly based off my childhood and how i miss being young and just having no care and just sitting there watching those shows,” Texas-based rapper lilbootycall summarizes what cute rap is about.

Lilbootycall rose to fame with his track “Sailor Moon” last year. The pastel-clad, kawaii-filled music video has 2.8 million views as of now. Noisey placed him under the genre of cute rap. It makes use of light-hearted synths mixed with nostalgic verses, like watching YuGiOh episodes with your crush of the week.

“yeaa, people still call me a cry baby and a “f—got” because how im soft as shit but like childish gambino said it ‘IF IM A F—GOT SPELL IT RIGHT I GOT WAY MORE THAN 2 G’S’ HAHAHAH,”

Cute rap for these two artists can be seen in its elements: lighthearted Japanese kawaii culture, childhood references, and light nostalgic synths. They’re influenced by J-rap girl groups like Halicali in the East and brought it to the West. That’s visible in KKB’s vibrant, sitcom style music video “Lipslap” and Spacegirl Gemmy’s arcade romp “Cutest in the Game.”

Lilbootycall, on the other hand, is the none of those two descriptors. And that became a bit of a problem for him being a male rapper in the South. Michigan Daily claimed hip-hop “culture is beginning to lose the toxic masculinity that plagued the early years of the genre’s history.”

That’s not the case for this Texan rapper just yet.

“yeaa, people still call me a cry baby and a “f—got” because how im soft as shit but like childish gambino said it ‘IF IM A F—GOT SPELL IT RIGHT I GOT WAY MORE THAN 2 G’S’ HAHAHAH,” he shared his experiences of getting hate. “and thats a touchy subject but like bruh love is love people are people, like people be out here calling people gay because they wear the color pink. like bro… A COLOR?? LOOOL.” 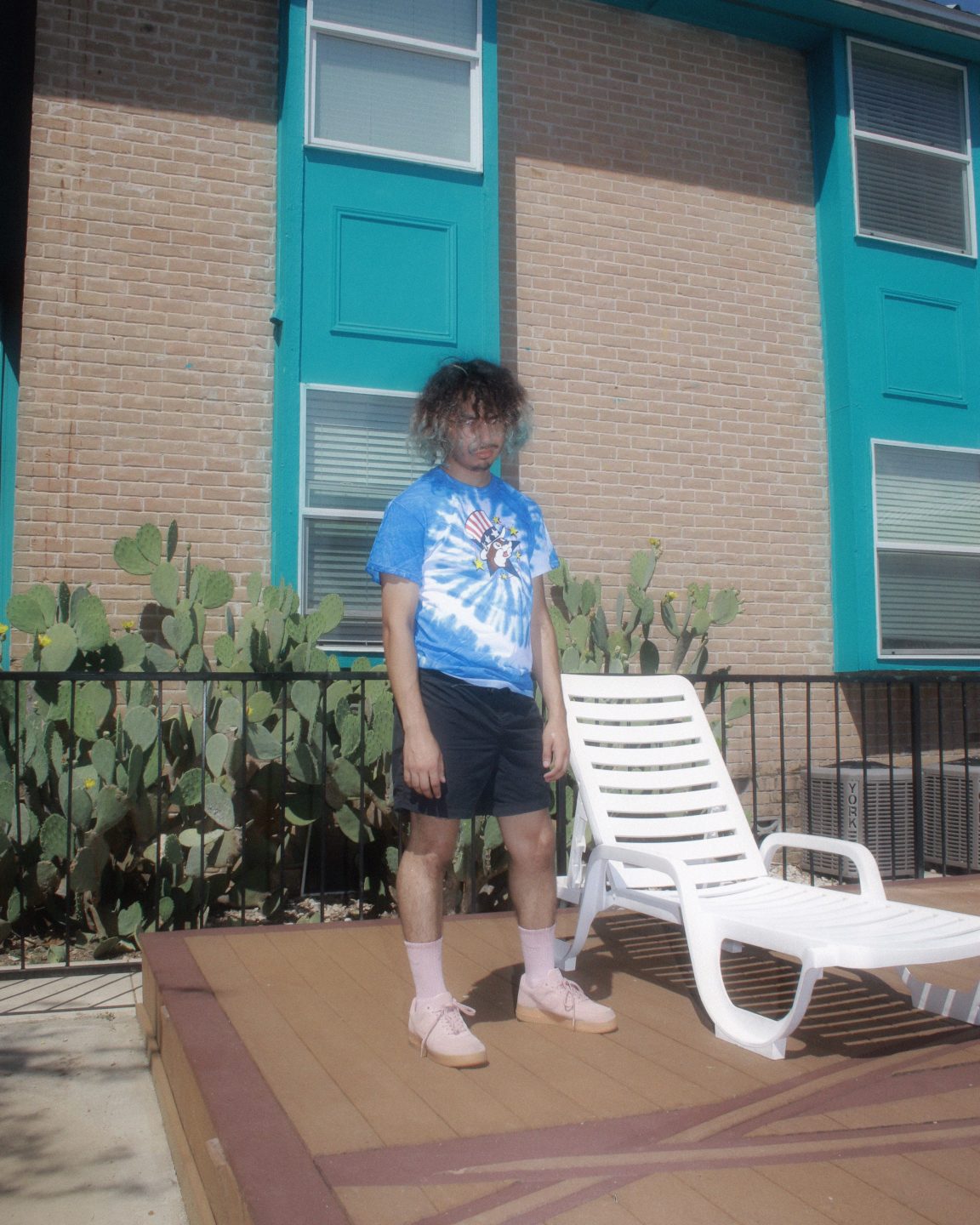 He still continues to ride his own wave nonetheless. Rapping with the cutest pastel yellow backdrop doesn’t stop him from being done with misogynistic haters trying to bring him down.

“F—K MASCULINITY. that shit so wack brooo, i remember there was so many people calling me names and making fun of me bc i wore skinny jeans back then,” he recalled. “that big macho tough guy shit aint coo. people and girls like guys that will understand them and show them emotions, like a human. not some walking steroid pill that drives a big a— f 250 truck and smashes beer.”

It’s young rappers like lilbootycall who are molding the future of hip-hop. Bolder, exciting, and offers something for everybody. Including softies like me.

Cute rap didn’t intimated shut me out, telling me the genre is for “real men” only. It reeled me in with nostalgia. When he was sharing details on his new album, he made me long for carefree childhood days and feeling without fear of judgement.

Behind cute rap’s pastel-clad and anime imagery is a response to a heavy emotional turmoil.

“the [upcoming] album is completely different from all my old music. its filled with that happy uplifting music (but a lil bit of sad songs). i know so many kids that r depressed n it makes me feel ugly seeing them like that. im trying to break them out of that and feel ok for once,” he explained. This led him to share what was his forever goal as a musician.

“forever goal? to save people from killing themselves,” his tone shifted. “i was so suicidal back then and there was a rapper named Craig Xen that hit me up a very long time ago and told me to hang on and keep working on my craft and that it’ll work out in the end. that shit felt tight as hell knowing someone kinda famous at that moment helped me with my problems.”

Behind cute rap’s pastel-clad imagery is a response to dark emotional turmoil. When the lyrics unfold, it’s a somber retelling of adulthood problems. Hip-hop has roots of deep misogyny and toxic masculinity. But young rappers like lilbootycall are unafraid to chart on untested waters. Musicians like him pushes the genre further, making it accessible  for others who might want to listen.

Is it a blimp in the genre or will it last long—who knows? What lilbootycall does prove is with a rapper like him, hip-hop’s current renaissance will remain interesting.