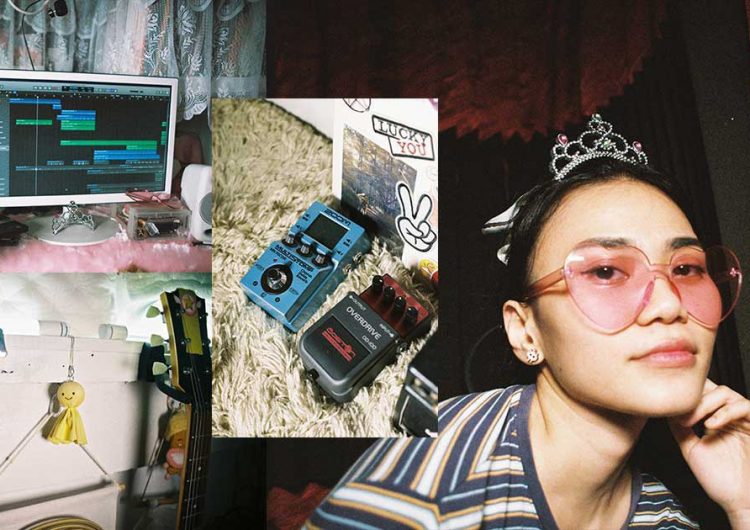 The animated space of self-proclaimed “DIY popstar” Pikoy sits atop the house she shares with her family (which includes two cats and one dog). Seeing it in person instantly takes you to a coming-of-age film. “It was a family workspace until I occupied it in 2012,” she said, only deciding to decorate it as her own studio when she was finally able to purchase its motifs little by little—from sticker con decals to a quirky microphone our photographer wanted to bring home. She credits YouTube series like “Against the Clock” as inspiration. Her favorite featured studio is Yaeji’s. 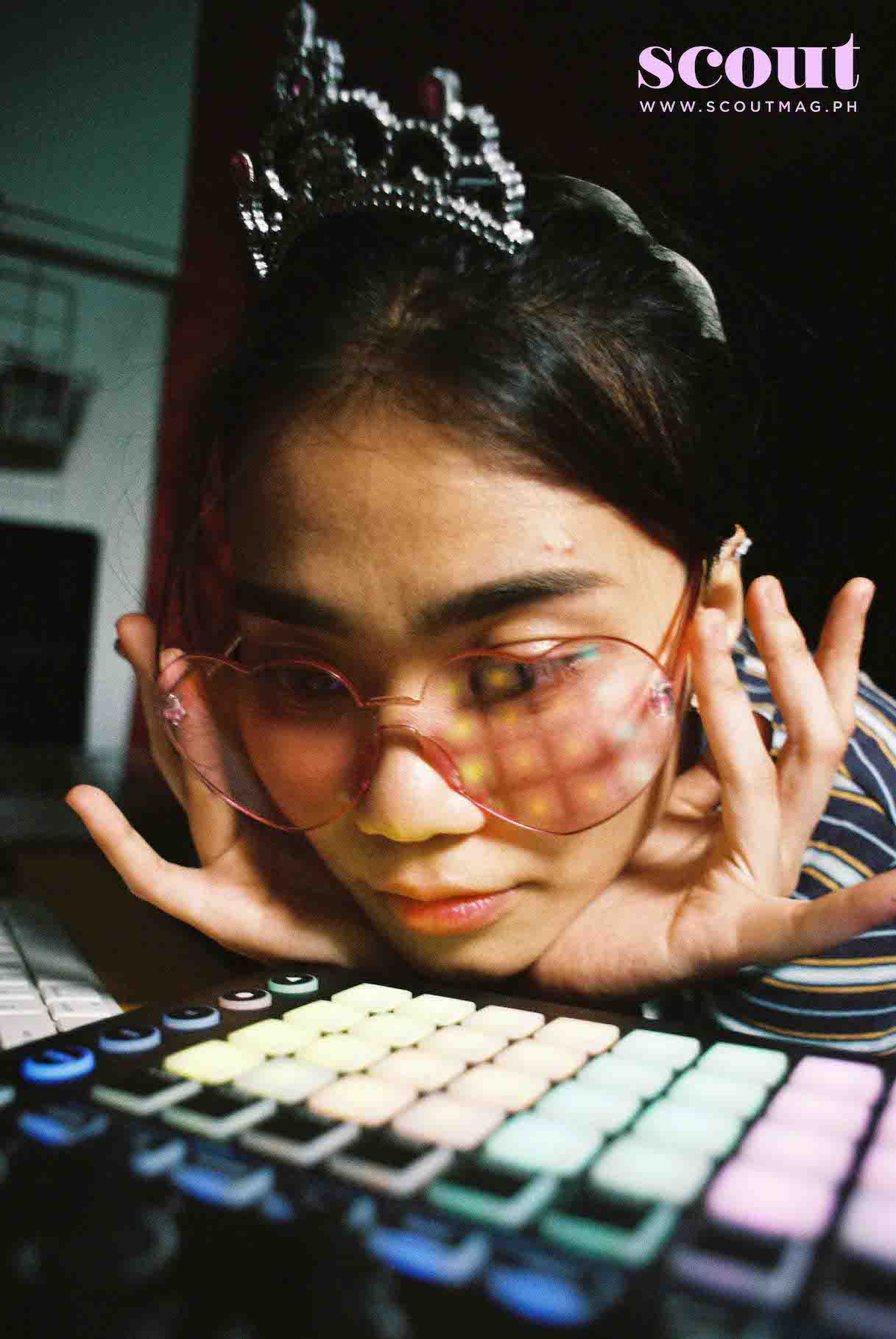 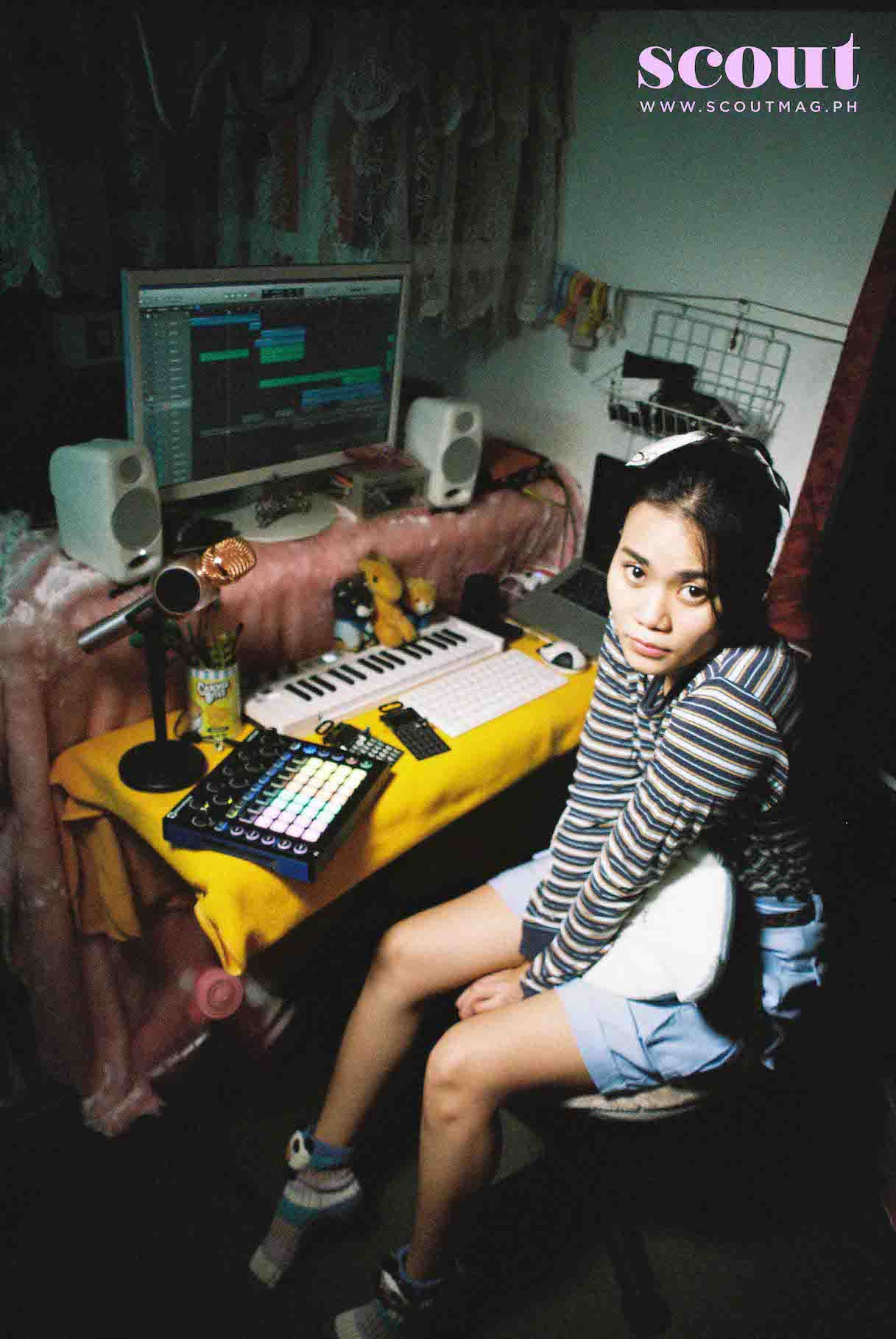 “I sometimes start with a loop or a single chord. Then the lyrics follow. It’s like solving a puzzle: trying to figure out the arrangement and how to make a certain sound work, without knowing the overall outcome,” the electronic-experimental artist said about her creative process, adding that she listens to her tracks “100 times” until she’s satisfied. Finishing a track can be hindered by her mood, so building her own whimsical workspace has helped her be in the zone. “I created a space where I can have a routine in making music. Since this is my dream job, I should act like I’m already there.” 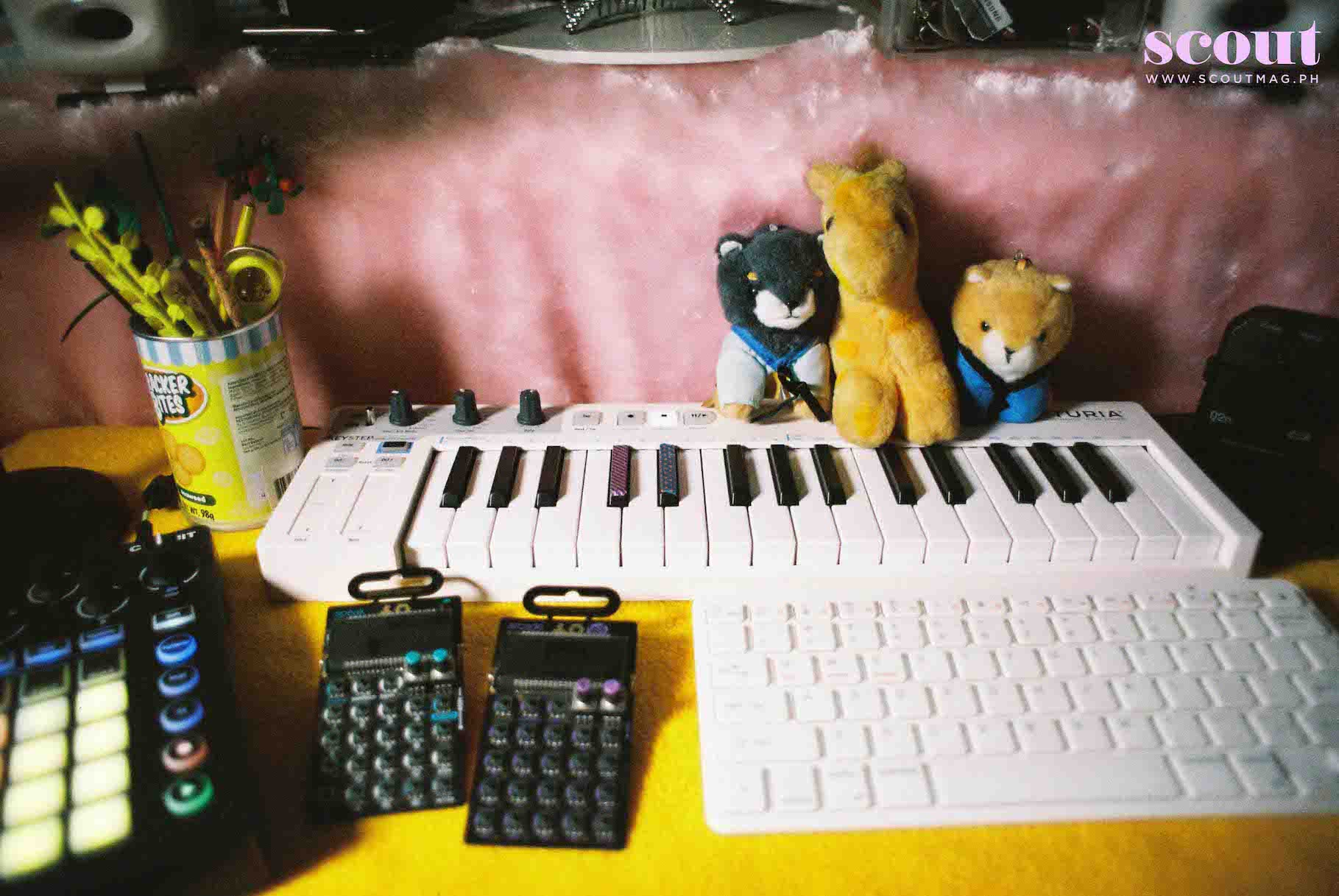 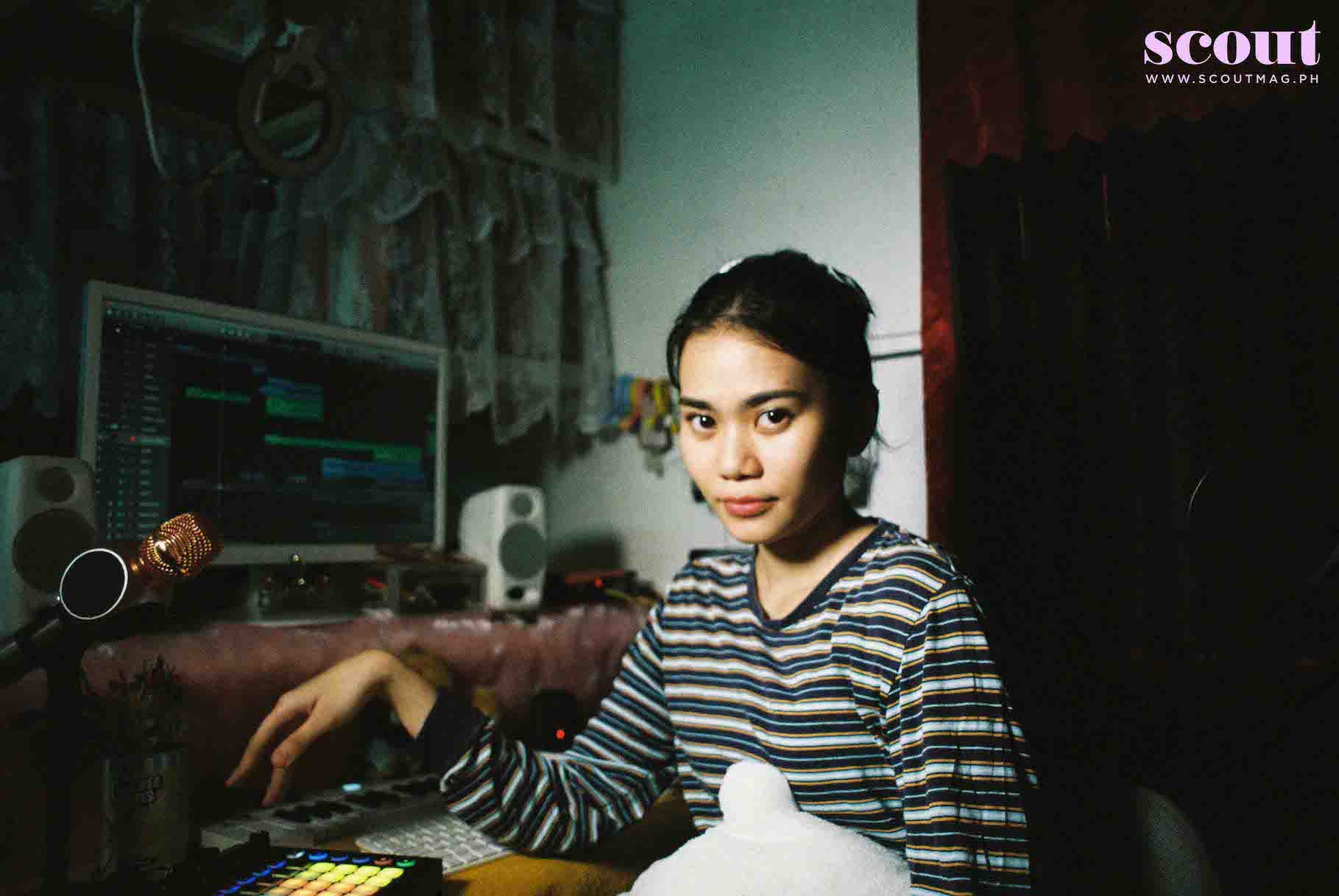 Honestly, she already is. Pikoy has been releasing offbeat music videos and sharing stages with celebrated acts in the scene. Sitting next to her guitar displays and bookshelf (which was filled with Filipino comics), I asked for her advice on first-time songwriting. “Write songs every day and listen to as many songs as you can without thinking of genres.” Her consistent goal in songwriting is to evoke imagery. “To be understood is really my priority,” she added. Once you enter her dreamworld, you’d feel that you’re already halfway there. 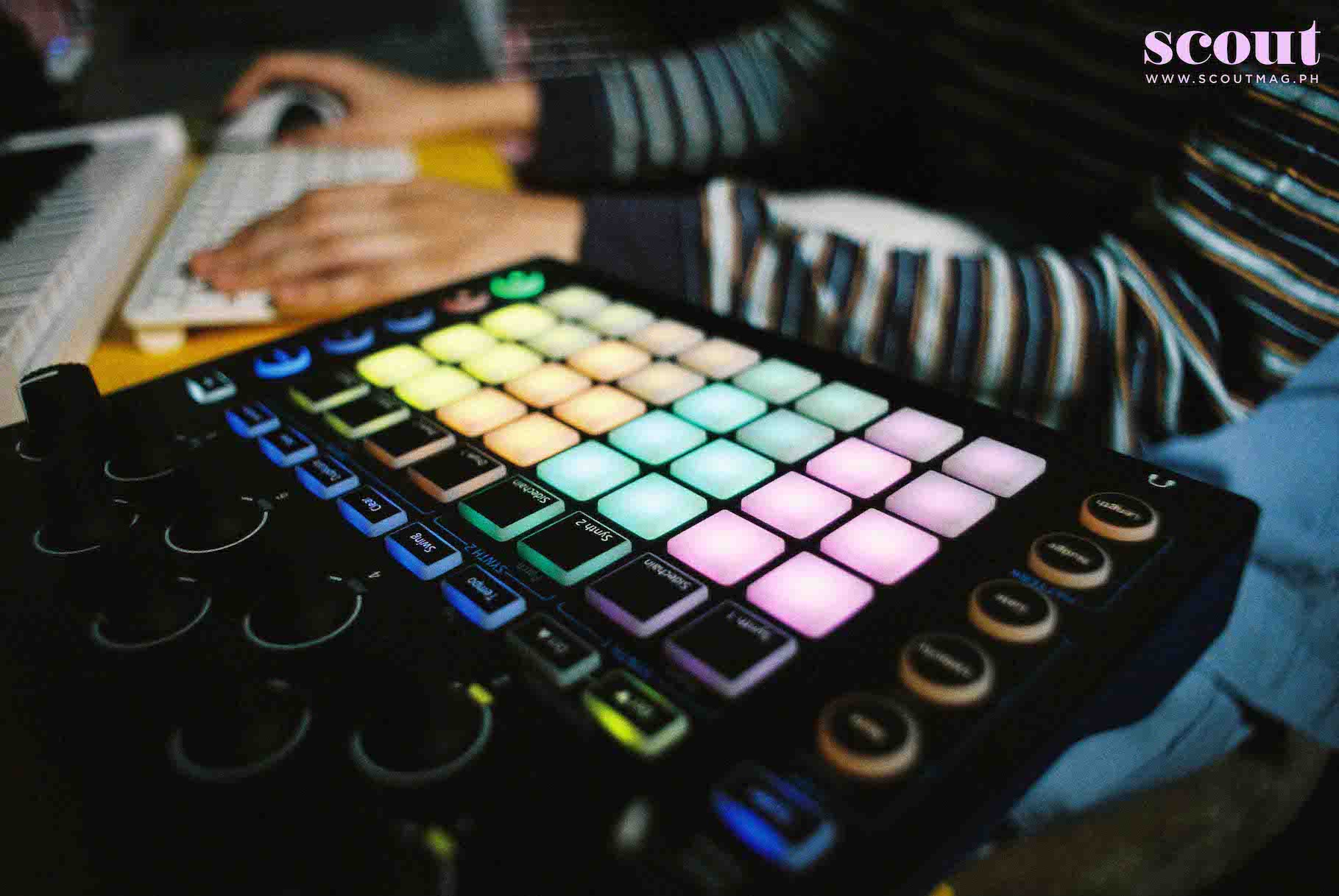 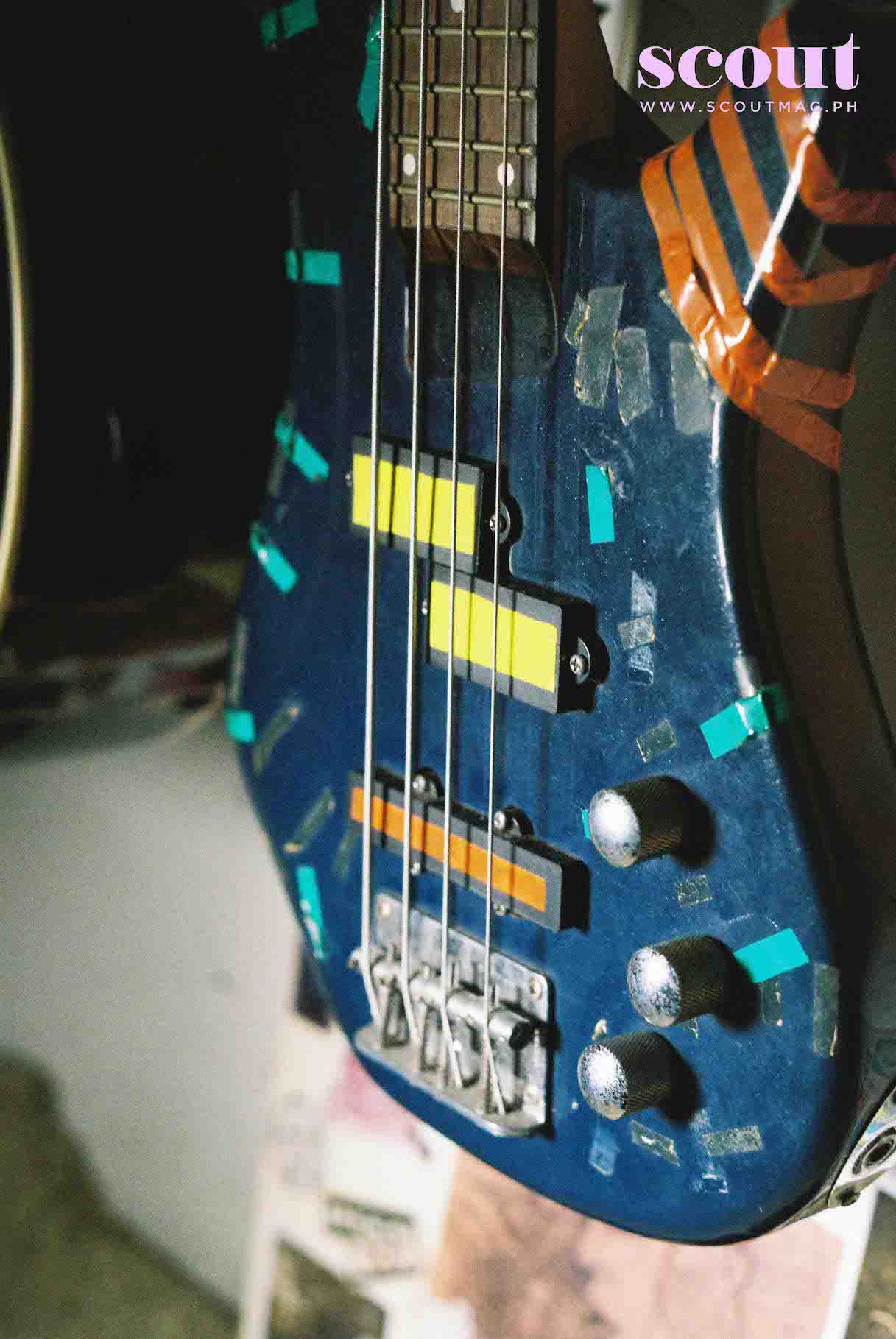 How important is having a creative space for you?
“I mentioned something about routine. Since I have a day job, my creative space should be ready anytime for the ideas that get piled up during the day. It is also a reminder for me to have time for music and to enjoy it.”

What music do you listen to now? Can you describe or share some of your playlists?
“Right now I can’t stop listening to Mitski and Caroline Polachek. There’s also a need for me to study Clarence Clarity and Superorganism’s music, so they are currently on repeat.”

Aside from doing your music, what else do you enjoy doing in your creative space?
“Filming and editing videos. I also sometimes write journals and read comics.”

Can you mention some of your dream collabs?
“I would love to have collabs for art videos. There are artists who I follow on IG, like Bianca Morelos, Garry Cortez, Rxandy Capinpin, and AES+F who I would love to share ideas with.”

Any message to your fans?
“Welcome to the cult! (laughs)”

SHAREIf the saying “you can’t teach an old dog new tricks” is cliched,...

SHAREBy Scout Team The “self-lacing shoe” was first introduced to us in 1989...