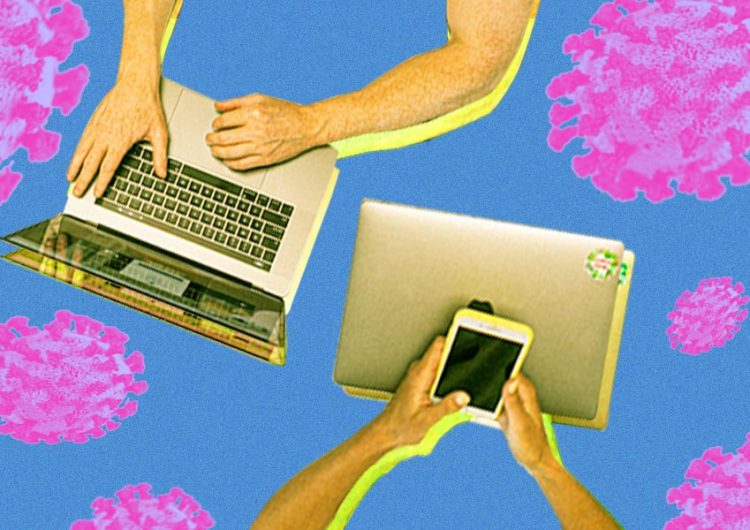 The nine-to-five ideals lie forgotten somewhere in our parents’ past, found in the same junkyard as handwritten letters and Yellow pages. Whether fresh out of graduation or stepping out of the daily grind of corporations, freelancers have opted to diverge from something monotonous into the unexpected. Enter the “gig economy.”

From the looks of it, freelancing life is the stuff of fantasies. The same has been said to me in certain spiels: Be your own boss. Wake up at noon, work your own hours. Of course, the versatility attached to freelancers comes with its own setbacks—especially in a pandemic.

In the past few years, freelancing has been the most viable option for the country’s young creatives. PayPal notes that the Philippines has one of the highest self-employed persons per capita of the 22 surveyed countries. That is an estimated 1.5 million freelancers in our locale, with 75 percent of them millennials.

And as the economy fluctuates into uncertainty this year, freelancers are one sector hit the hardest.

“Before corona happened, finding jobs was easier. I’d send an application and get a response within a day. Sometimes, I would get multiple job invitations each week. The clients were seeking freelancers. Now, it feels like the other way around,” says Gale*, a freelance writer working for local and foreign clients since 2018. “That was probably because there were less people looking for online jobs, so it was easier for clients to sift through all the applications. It’s definitely more competitive now.”

Seeing as the corporate world has been forced into the work-from-home (WFH) setup just as unemployment rates rise, the online job market has become more competitive than ever.

“I’ve noticed that there are more people begging to be hired, including senior high school students. It’s admirable that they’re looking for ways to earn, but it’s also sad because their reasons are typically, ‘I need money for online classes.’”

Both local and foreign clients have been feeling the brunt of the pandemic, leading to a domino effect on their outsourced workers. “One of my clients asked if he could decrease my rate, telling me, ‘You know what’s currently going on, and that’s what I can afford.’ I felt bad for him, but he wasn’t the only one struggling because of the pandemic. I said no, which is probably why he has been giving me less work,” Gale says. “I’m not making the same amount of money that I was making in January, and it is scary to think that landing freelancing jobs is going to be much harder the longer this goes on. And as freelancers, we typically don’t have medical benefits. Our payments are voluntary. We look out for ourselves.”

I’m not making the same amount of money that I was making in January, and it is scary to think that landing freelancing jobs is going to be much harder the longer this goes on.

However, not all can WFH

For freelancers whose line of work doesn’t come with a WFH setup, navigating the uncharted waters of this new society is as complicated as expected.

“I earned enough with freelancing before that I didn’t really need to think about other ways to earn. Now, I’m lucky if I even get booked to shoot anything,” says Mica Abesamis, a freelance photographer who shoots lookbooks for clothing brands. “I need to constantly advertise myself because the market has become saturated with a lot of creatives unemployed. I needed to adapt—I had to learn how to style and shoot food, drinks and other products on my own. It’s hard, but with small businesses popping up everywhere I still get new clients here and there.”

“Freelancing life pre-pandemic practically meant an absence of routine,” says makeup artist Carla Avanceña. “There was always excitement on what the day would bring. Our industry was one of the most directly hit, as most jobs were canceled or postponed until further notice.”

The project I Lost My Gig collects data from freelancers in the country, especially those who don’t have the luxury of working remotely. This includes photographers, makeup artists, musicians, theater practitioners and production crew. Much like its counterparts in different countries, I Lost My Gig offers help in providing booking opportunities.

I need to constantly advertise myself because the market has become saturated with a lot of creatives unemployed. I needed to adapt.

“We aim to collect and share the stories behind the numbers; the individual hardships that together paint a picture of a creative community in crisis,” they write. “The impact of this crisis should not be ignored and also requires quick-response actions by government and other agencies.”

Whether or not they are truly felt by these artists, the government had provided their own ways to sate the situation of independent creatives. The National Commission for Culture and the Arts (NCCA) started an initiative aiming to help out self-employed persons and cultural workers by giving 10 days’ worth of tax-free minimum wage to those qualified. Reports have also cited that the government’s efforts aren’t quite effective, with the Concerned Artists of the Philippines calling it “demeaning” and “problematic.”

The toil goes on for these freelancers, but they’re pushing back in ways that they can.

“My advice to other freelancers is this: Find a client who can give you a regular workload. Some clients ask you to work on something a few times per week, but maybe that just won’t do it at this time. If you’re able to manage juggling several freelancing gigs at once, do it,” suggests Gale.

For Carla, freelancers shouldn’t look at the situation as a personal attack on their livelihood. “As a no-work-and-no-pay individual, it gave me anxiety at first. What we all are going through and feeling is valid. Take the time to assess the things that worry you and address them if you can. Use this time to recharge and rethink, so that when we can get back to work 100 percent, adapting to what is new won’t be such a hard thing.”

“If you have the means and access to online classes, I highly suggest learning new skills so you can grow and adapt,” adds Mica. “But don’t pressure yourselves to be productive during this time. Between a pandemic, fighting for press freedom and free mass testing with no view of normalcy in sight, it’s understandable if living day to day has become exhausting. Give yourself a break and take care of yourself.”

*Name has been changed as requested