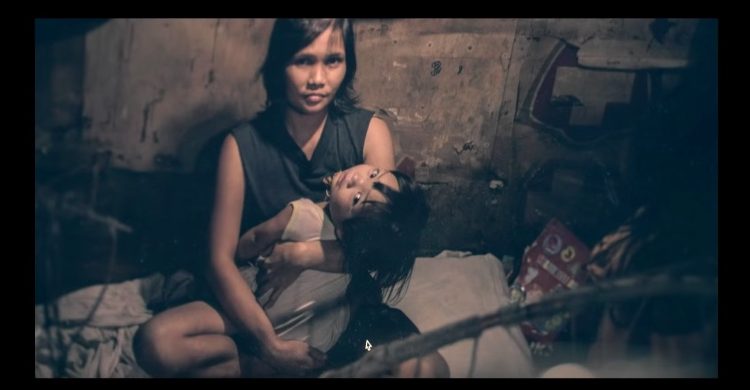 There is nothing more sobering than a good documentary. Its heavy research always ends up flushing myths down the drain and shooting half-baked facts in the foot.

In an article by The Hollywood Reporter, Simon Kilmurry, executive director of the International Documentary Association, says there is an “urgent need for the stories of people’s real-world experiences.” In Nick Deocampo’s “From Revolution to Revolution,” his analysis on the growth of documentary cinema ended with the note that documentaries have acquired a “social and historical value.” The medium encapsulates the hopes and sentiments of people who lived in a certain time frame under these situations.

Today, our hopes and sentiments get affected by two things: threat to press freedom and dominance of fake news. Authentic storytelling is under constant pressure to thrive. Despite this, it’s a good thing documentary cinema still pursues the role it’s meant to play—which is to champion raw narratives. We listed down some of the recent documentaries that shed light on today’s harrowing realities and serve as catalysts for discussions.

President Rodrigo Duterte’s war on drugs is often told in statistics—but have we dug deep enough to see the narratives behind the numbers? This film by Alexander Mora wakes us up. A National Geographic documentary, “The Nightcrawlers” tells about the state of the Philippines under President Rodrigo Duterte’s war on drugs. Inquirer says this docu reveals what today’s “graveyard shift” is made out of—aside from the night shift workers we know. Now, it’s also made up of “Filipinos in poor neighborhoods become targets of police and vigilantes.” Minors included.

With the participation of different journalists—including former Inquirer photographer Raffy Lerma—in reporting and documenting the results, “The Nightcrawlers” was created—and last December, it got shortlisted for the Oscars.

“The Nightcrawlers” can be streamed on National Geographic and YouTube, but can only be accessed in the US for now.

What’s in a hospital? In Ramona Diaz’ “Motherland,” everything’s larger than life. Sirens are in the form of infants’ cries in Dr. Jose Fabella Memorial Hospital, one of the biggest maternity hospitals located in Sta. Cruz, Manila. According to a 2013 Daily Mail UK article, 300 mothers arrive at the ward each day, with each mother needing to share a delivery room with at least five other birthing women. “Motherland” takes the viewer to the journey of different mothers—rushing from one room to another—doing all the labor under poor ventilation and lack of resources. They even breastfeed each other’s babies.

“Motherland” has occasional screenings in UP Film Institute.

“Grotesquely self-pitying, wholly unrepentant, and very rich woman,” were the words used by The Guardian to describe former first lady Imelda Marcos in “The Kingmaker.” The spouse of the Philippines’ longest dictator—also the active participant in helping his son Bongbong Marcos’ political ambitions—is the main character in this documentary. A power-obsessed character, as we mentioned months ago.

Directed and written by Lauren Greenfield, this docu  allows us to discover Imelda’s life, including the many times he denied Martial Law tortures and her lavish lifestyle. “The Kingmaker” was nominated in the Writers Guild of America Award for Best Documentary Screenplay.

“The Kingmaker” screens on Jan. 30 at UP Film Institute.

A rapeless society. Yes, it exists.

Directed by Lester Valle and written by Carla Ocampo, “Walang Rape sa Bontok” unpacks the heavy layers of postcolonial Philippines where sexual violence against women is prominent—and unfortunately being normalized. The viewer meets two women in conversation at the start.

Both of them are survivors of sexual abuse and “search the truth behind the finding of a renowned anthropologist.” What was this? A few generations ago, the Bontok Igorot lived in a land where rape didn’t exist. The Gawad Urian Best Documentary awardee in 2015, “Walang Rape sa Bontok” explores judiciary archives, local office records, and stories of the elderly to reimagine and rebuild this world in the past.

“Aswang” serves as the first feature documentary to reveal an exposé about the government’s war on drugs. It was filmed for three years in Manila, squishing in different elements: accounts from the affected families, the vicious transformation of the streets when it gets dark, and lots and lots of blood. Many critics highlighted its powerful visuals in conveying its messages.

This documentary by Alyx Ayn Arumpac was the lone Philippine entry to the International Documentary Film Festival Amsterdam (IDFA) in the Netherlands.

Still from “The Nightcrawlers”

SHAREWake up, Marvel fans! You have all the reasons to be excited. Now...