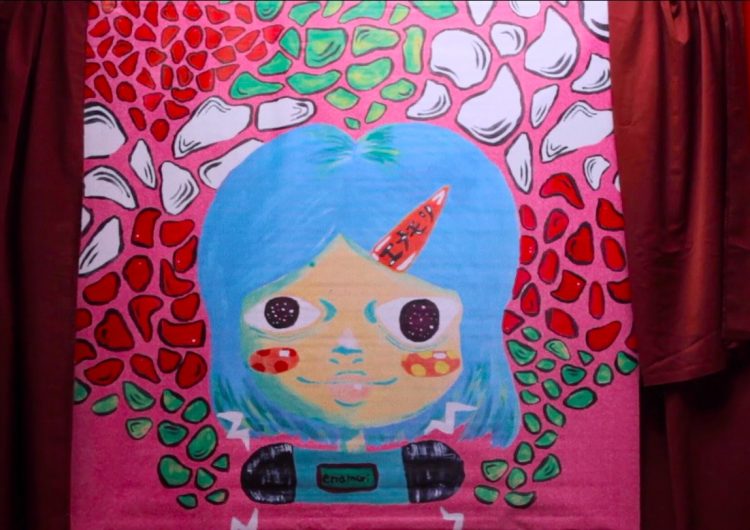 Rise up kids, Filipino-Japanese artist Ena Mori is taking pop music to a new level. This young singer-songwriter (also, one of our favorite style icons) is set to launch her self-titled EP on Feb. 27—featuring an intriguing art exhibit by Miel Maker of Things—and the musician has already revealed her eight-track record days before the party. Are you ready to bop your head to her rhythmic beats?

Six of the tracks in “Ena Mori” consist of Mori’s remastered work all the way from 2018—including the infectious, hypnotic bop “Telephone” and the literally heart-shattering (but also cathartic) “Break.”

Adding to the pool of these futuristic spins is “Safe Zone,” which has already served us a playful but mysterious feeling through a vertical lyric video. This visual counterpart offers the stifling feeling of what the song is all about: regretting not getting a chance with someone you like when you had the chance to do so. The feeling of a helpless chase seeps through “Safe Zone’s” beats loud and clear. And it’s pretty sick.

Aside from this, the titular track of “Ena Mori”—which comes at the beginning of the tracklist—wraps up Mori’s powerful ownership of this synth-pop sound. This experimental introduction confirms that she really is ready to take on the scene with her brand of pop—one that doesn’t only make us dance. It’s the kind that surprises us. Give the EP a listen below and witness Ena Mori’s metamorphosis.

SHAREWe all have ways of coping through a global pandemic. For instance, assholes...

SHARECinemalaya is starting this weekend, and to hype it up we found this...

SHAREWhat do anime fans and Taika Waititi stans have in common? This good...