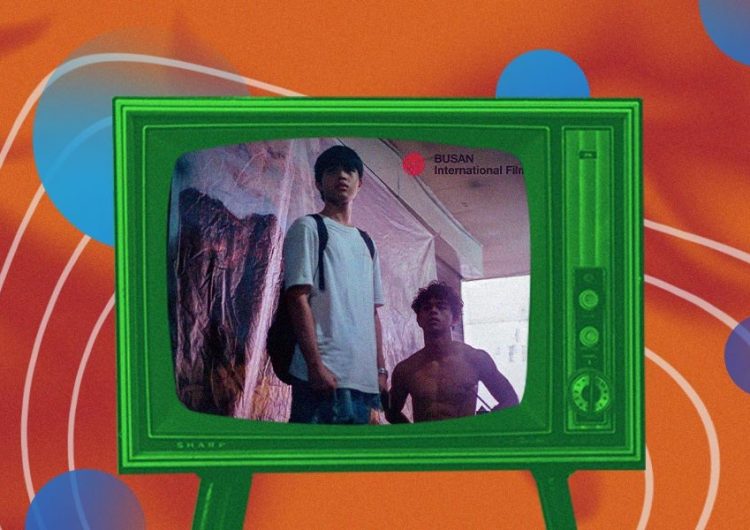 Yup, we kept our promise—when we told you that we’re getting more clues about Petersen Vargas’ new short film, we really did it.

Running from Oct. 21 to 30, the Busan International Film Festival has picked up a couple of Filipino short films in their competition roster. And one of these is “How to Die Young in Manila,” which features our top-tier ship Elijah Canlas and Kokoy de Santos in a pensive journey of identity and loss in the densest capital. Actors Miguel Almendras (“Hello, Stranger”) and Kych Minemoto (“Kalel, 15”) as well as wushu athlete Shu Calleja complete the cast.

Lookie❕ Our short film HOW TO DIE YOUNG IN MANILA will have its world premiere at this year’s Busan International Film Festival ✨ Pretty bummed that the current circumstances won’t allow us to be physically there in Busan to present the film but rly rly grateful that this cld finally be shown (in theaters, AT THAT⁉️?) soon. Happy 4 us, boys: starring the great @elijahcanlas & @kkydsnts with @migs_almendras, @kychminemoto, @shucalleja. Yay 2 us, team!

Directed by Petersen Vargas, produced by Alembarg Ang, and written by Vargas, Jade Castro and Kaj Palanca, “How to Die Young in Manila” sounds like an easy addition to our Letterboxd watchlists. A promising collaboration is what we need in these [robotic voice] unprecedented times, and we won’t dare miss it.

It’s premiering in Busan soon and we’re hella proud, but we honestly want to squeeze ourselves into the imaginary line and score a ticket ourselves. Now that we’re still in the waiting game, we hit up one of the writers, Kaj Palanca, to get some exclusive details.

Team no sleep ??? Our short film, "How to Die Young in Manila" will have it’s premiere at this year’s Busan International Film Festival. Yehey! ✨? ?: @wence.trajano

Can you clue us in on the story of “How to Die Young in Manila?”
“How to Die Young in Manila” was made as a short pitch teaser to Petersen’s next full-length feature, entitled “Some Nights I Feel Like Walking.” It’s about a young boy who braves the streets of nighttime Manila to meet an anonymous hookup. Thinking one of them is a hookup, he trails a pack of young hustlers who then draw him into their strange world of death and desire.

Are we going to have an online premiere for PH viewers soon?
No announced plans yet for a Philippine premiere as far as I know. Maybe after this pandemic!

Why should we watch “How to Die Young in Manila?”
Other than that it’s a crucial development in Petersen’s queer cinema—the film also questions and explores the possibility of an urban life, of human connection in the city, for those not protected by privilege from the cruel policies of this government, which kill young men everywhere. It’s a film that imagines and situates queer desire within a city determined and shaped by politics.