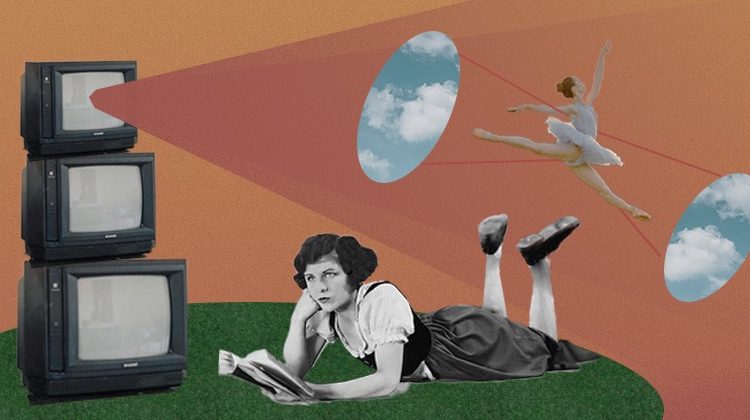 When Google Maps first came into the world, our lives may have been altered by the little tool called Street View. I, for one, spent a good chunk of my weekends circling the Eiffel Tower. And with self-isolation thrown into the mix, we’re sinking back to simulated views as exploration takes a turn for the digital.

Welcome to the future, everyone. Fend off those stir-crazy feelings by visiting these establishments that have opened their virtual doors.

While technology may not have a time machine to offer, we can thank them for this instead—you can now turn back time to your grade school field trips without the chaperones. Several zoos and aquariums have taken the live stream route, where viewers can witness furry and not-so-furry friends going about their daily business. The Monterey Bay Aquarium has a live feed of aquatic animals, with tropical fishes, jellyfishes and sharks (oh my). In the same state, the San Diego Zoo has a 24/7 stream from 10 different cameras. Take it as your run-of-the-mill reality show, only with less humans chilling in a hot tub and more polar bears, koalas, owls and elephants frolicking about at two in the morning.

To fully recreate that field trip experience, Central Florida Zoo and Botanical Gardens launched the educational Facebook Live series “The Zoo Comes to You,” which airs weekdays at 2 p.m. EST. That’s 2 a.m. Philippine time, but for the non-nocturnals, you can catch playback later.

If you miss the fluorescent scenes and the weekend crowds of your local mall, ExSight has the closest solution. Take a virtual tour of malls like SM City North Edsa through their comprehensive 360° views. Explore each floor and every corner without having post-mall crawling fatigue, although you’ll have to leave out the shopping for this one. Might we suggest online stores?

Speaking of 360° views, 360 Tours Philippines has a whole bag of it. We’re talking bars, restaurants, nail salons and yep, dental clinics. Go on an establishment expedition that spans the whole country—pretend you’re dining at an eat-all-you-can buffet at the heart of Tacloban City, and then have your teeth fixed somewhere in Dumaguete.

Theater kids, your time has arrived. Broadway is now opening its elusive doors to the non-New York public. Thanks to BroadwayHD, you can catch performances of musical classics like “Cats,” “Sweeney Todd: The Demon Barber of Fleet Street,” “Phantom of the Opera” and more. The platform is currently offering a free seven-day trial with an $8.99 (approximately P458) monthly plan after it expires. If you want an opera without the falling chandeliers, the Metropolitan Opera is streaming their past shows for free at 7:30 a.m. Philippine time, with each stream available for viewing for 20 hours after.

Read more: The Metropolitan Opera is offering free streams of old shows during the COVID-19 pandemic

You no longer have to circumnavigate the globe to see the world’s best art. There are now over 500 museums available for your perusal at Google Arts and Culture Museum, where you can catch a glimpse of Van Gogh’s “The Starry Night” without the crowds at the Museum of Modern Art, or you can find the rest of his oeuvre at Amsterdam’s Van Gogh Museum. The National Museum of the Philippines is also offering its own virtual tour around its hallowed halls. For the more scientific side, NASA’s Space Center in Houston has an interactive mobile tour that features an audio guide, GPS maps and an augmented reality experience—all that in a free app.

Disneyland has closed down indefinitely, but you can still walk through Main Street U.S.A. (and other themed lands) with Disney Parks’ panoramic street view. Pair it with some esplanade background music and homemade waffles shaped like Mickey, and you’re good to go.

If it’s the adrenaline you’re hunting for, several YouTube channels have uploaded ride-throughs like you’re right in the action. There’s Walt Disney World’s Space Mountain in night vision and the kid-friendly (and admittedly, a tad creepy) staple ride It’s A Small World. For the other side of theme park giants (read: Universal Studios), disapparate your way to the Wizarding World through an Escape from Gringotts.

For a thrilling boost indoors, channels such as CoasterForce and TheCoasterViews have collections coming from the world’s most extreme rollercoasters. Experience the inverted spins of Six Flag’s X2 along with the tight turns of Nitro. Fair warning: Nauseousness is still a side effect.